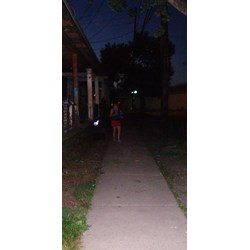 Out of the Shadow

I can’t express more than enough how some neighbors can be so vulgar and rude and disrespectful. Some neighbor’s no matter how hard you try to socialize with them in a friendly manner and try to be neighborly, some neighbors are just down right ignorant. I don’t believe that nobody on this earth has to live under the shadow of another. Bible says to Love your neighbor, well I don’t believe this neighbor knows the meaning of Loving your neighbor. One neighbor who lives withing our community made a name for herself but not a good name. She has made trouble with many of her own neighbors and other’s who lives in the neighborhood. Pretty bad when someone mentions her first name and they know her personally very well and of her reputation. Our words and thoughts are important so when we are tempted to think bad thoughts of another or use such words that are not appropriate to use than we should not speak at all. One neighbor who lives within our neighborhood has such a perverted mouth and a disobedient mouth. She speaks using words the begins using God’s name in vain or the other word. She speaks with a potty mouth, a mouth that should be washed out with soap a few time a day. To even to have a conversation with her is totally out of the question. She states she is a Catholic, well she could of fool me in how she speaks. I just believe that people should train their mouth by using words that are more positive and appropriate to be obedient to God’s Holy Word. Words are important in how you use the proper English language in having a conversation with someone. Words in some way you use them can be fighting words, it is important to start using words as our life depends on them Life and death are in the power of our tongues. (Proverbs 18:21)
Having a conversation with saying words that are out of line or inappropriate with God’s word and disobeying in the way he wants his children to speak. The world don’t operate what we mean but how we express our words.
I believe in every community all over has one or two or more neighbor’s are a totally nightmare. Where the miserable neighbor is so unhappy with her own life that the neighbor takes it out on anybody and everybody.
It just happen we have a neighbor who is a nightmare. She bullies the weak and takes advantage of people who are not so knowledgeable of her evil acts. Sometimes I hear through other neighbor who had a run in with that she talks a lot of bologna and talks so loud and controlling that she don’t even know what in the world she talking about. I a run in with her and it wasn’t so pretty. Only when she had a run in with me for no apparent reason she thought she could push me over but she find out different that I won’t let her have one over me. I try to avoid her in every possible way. If I see her walk down the street on one side of the side walk, I will cross the street to void a confrontation with her.
She is a trouble maker and you don’t have to do nothing wrong, just look at her the wrong way, she will jump on the person like bee’s on honey. When my sister and I would be having a private conversation in front of her she imagines that automatically we are talking about her and she will run her big mouth where she wants to be heard. She sends off negative energy and she annoys everybody because she bullies people. She is a neighbor sent from Hell.