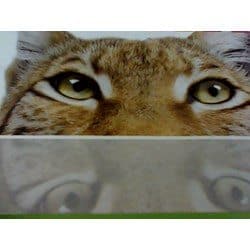 How are you Bangladesh ?

What is relationship between India and Bangladesh? What the roles Bangladesh Government is playing? What about the political conditions going on?

How are the people of any country is doing could be known when we see the faces of people, the forehead wrinkles and mood of talking. Generally when financially someone is in bad situation- they do not smile, forehead lines are clearly visible, and having a bad mood, consequently quarrelling in the market or rickshaw pullers are even more common. These indicators are more vivid now-a-days no matter what the incumbent government is claiming to have achieved.

Market price of essentials are sky rocketed long ago, no one is talking about it. Over taxes twice or thrice some times more on income in different forms making the people feebler in real income. On top of that increasing fuel, oil and gas prices are making the livelihood more difficult as it affects on the pricing of everything and instigating the inflation rate. People are restricted to show their anger as police and other law enforcing agencies are being used to harass those protesters. Law and order situation is no better than ever, the government has hijacked the justice system; fair trial is a rare case. Recently, a senior and respected lawyer commented on this as- judgment is done by seeing the faces. He refers this to the biasness of judges as the government with a political view is appointing them. Because, if appointments of judges are done neutrally, the agenda of government cannot be achieved, political vengeance cannot be implemented.

For roads and transportation, the World Bank and other international fund contributors have stopped funding the bridge over the Padma river accusing of corruptions in the respected ministry, which is related to Transportation minister’s own firm. Police and detectives in Canada have been investigating more in depth to unearth the detail. Yet, government seem dormant in this reaction fearing if the corruption charges are proved and the minister if fired it would be devastating politically, as the present government’s prime matter of boasting is good governance that the previous government failed to maintain. Secondly, the minister of Transportation is the fundraiser for the Awami league that could be hampered too; thirdly, the minister belongs to Prime Minister’s own district, so there is a dilemma for nepotism too.

Relationship with India is good at government level as Bangladesh part is too much lenient and somewhat indebted to India, critics noted it with relation to clinging to power and ensuring the next term of power. Without India’s active support the current government will not be able to win votes in the next election, as they have failed to protect national interests, sovereignty and livelihood of people. Most of all the last election manifesto is forgotten, people still remember, critics say. In each and every cases that treaties and understanding have been derived between two neighboring countries, Bangladesh has always been the honest ratifier, and India not, history is the evidence. The disputes the two neighbors have been never been difficult to resolve but India never been honest and sincere to try. This all blaming seem to be too far for the other side, but this is the reality people here think in Bangladesh. The blind endorser of India’s every act is the Sheikh Hasina’s family and surrounding circles as they have some legacy and special interests, critics say. The other question is the transparency, people in Bangladesh never seem trust any more the incumbent government as they are unreliable, example, the last visit of India’s Prime Minister and related events with relate to Teesta river. Never shared the true information and data with regard to Tipaimukh barrage either, which is not consistent to the international laws. Eloquent lying is no new to the people of the land, but blunt lies brings no good fruits.

Any way, that all are happening for the non-cooperation between big parties, and present government’s hostile attitude and measures to suppress and oppress the opposition is the reason. The peaceful road march is not being tolerated by the ruling party, they are using polices and other agencies to stop or making troubles even beating the marchers, where as this is a peaceful march. Moreover, jealously Prime Minister is enquiring about the vehicles that took part in the march, saying their source of income, how the vehicles were bought would be investigated- meaning simply stupidity and hatred. This should not be the case of a good political gesture when no one is free from corruption. We wonder if the oppositions come to power in the next term what will happen, may be that’s why the government is creating obstacles so that the next election would not be happened and the incumbent would continue- conspiracy theorists say.