Are you looking for the latest Ninjago booster pack?

If your son is anything like mine, then he spends most of his time
playing with the LEGO Ninjago mini figures that come with the set. It
always seemed like kind of a waste to spend so much money on the entire
set when all he really wants is the minifigure.

Perhaps that why I am so excited that you can now buy a Ninjago booster pack by itself.

Of course, you can also by the LEGO Spinner Battle Arena and a cool
Weapon Pack. Since these LEGO Ninjago booster packs are small and
inexpensive, they may just be the perfect stocking stuffer or other gift
idea! 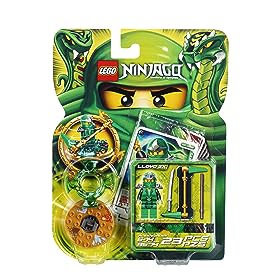 When my son and I first started watching Ninjago, we were completely annoyed with Lloyd Garmadon. Seriously; his dad is pure evil yet Lloyd would go around town stealing candy. How pathetic!

Fortunately, his character has evolved a bit after being showed some love and kindness from his uncle, Sensai Wu. Half way through season one, we discover that Lloyd is actually the green ninja that is destined to battle Lord Garmadon in the future.

How cool is it that you can now buy Lloyd in a Ninjago booster pack; as well as in the Epic Dragon Battle Set. 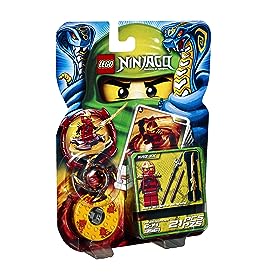 These Ninjago spinners are becoming more and more difficult to find in stores. Fortunately, Amazon has a wide range of booster packs in stock and ready for you to order now.

Here are a few of our favorite Ninjago Booster Packs! 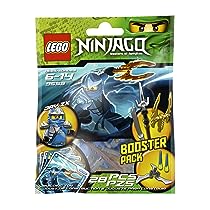 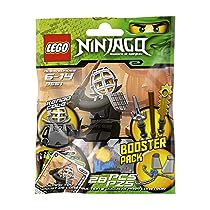 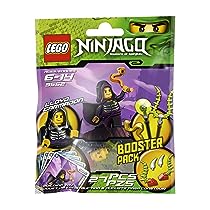 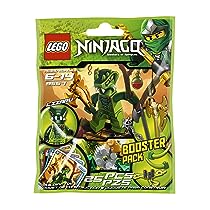 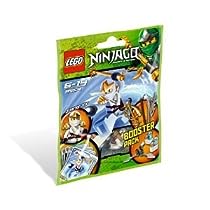 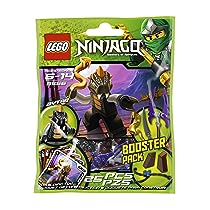