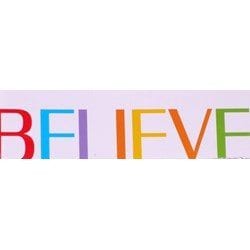 Oh it would never cross my mind that my Adult daughter would go behind my back and made make up stories about her own mother. Whenever my daughter got herself into a situation such as; being evicted out of her apartment or needed money to buy food I was there. She gave me no signs to where I would doubt her good judgment or decision she made in her life.

I left her move in and out of my own ten times. When she met a man on a dating website, Plenty of Fish, they only dating a month before she moved in with him and had intimate affair. She introduce me to this man, I had a mother intuition that he was not all out to be what he said he was. I would not allow him to move into my home with my daughter just knowing him for a month he was a total stranger. I did not know nothing about him. She had him come to our home while I was at work. “Oh, she moved out within a month after one time meeting him into an apartment with him. I would get phone calls with her being in tears because this man she met online was physically abusing her. I take her back in and help her and two weeks after moving back in she moved right back in with him.

One text message from daughter runs over and over in my mind. Her words she texted me, “Mom, the fighting is getting worse. I am afraid he is gone to kill me one day. As her mother, my first response was to help her, to get her out of that danger environment. Once again, I put myself in debt and helped her out and got her away from him and one month later she was right back into the man’s arms. Finding out later, it was all one of her make up stories. Oh he beated her but some way, some how this man con his way into her heart again. Finally, I had to put my foot down and stop enabling to her needs. when I decided to make that decision, “Tough Love, she threaten to get even with me and she did. Neighbors and my friends were coming back to me telling me the stories my daughter was saying behind my back which they were nothing all but lies. Of one person who I never would ever dream of to cut my heart deeply would be my daughter. We were so close for the longest time until she met this man online on the dating service called Plenty of Fish.

My advice from my own nightmare experience, finding someone online is find but before agreeing to make any commitment or even thinking about having a sexual relationship with a total stranger who only know by their screen name on the dating website, take it slow, ask questions, get to know each other first completely to where you feel safe and comfortable to meet the person in person. When that times comes to meet him or her in person don’t go and meet the person alone. Take a friend, a sibling or someone else who will go along with you. Today, I have no mother and daughter relationship with my daughter. Last I heard, she finally married this man and she feels trap but had two children to him. It breaks my heart not knowing if my daughter is safe or having a mother and daughter relationship with her. They moved out of state so I heard and she is now on his territory. Very controlling man. He screens all her calls, her emails, her text messages and wants to know where she is at all times.  All a mother can do is pray for their children.