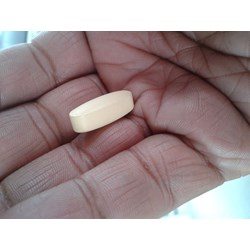 Relief The Morning After

A lot of people have heard about “the morning after pill”. “What is the morning after pill?,” people have asked. It is a pill that keeps a female from getting pregnant, if they are able to hurry up and get this pill the morning after she and a partner has sex.
There has been a lot of debate over this issue. Both adult females and young teenage girls go through “pregnancy scares”. Most people know about various forms of contraception. The United States has numerous forms of it. Europe has more. This may sound shocking but pharmacists can and have refused to sell the morning after pill.
It is unknown how many have done this. The first time I heard this done was back in 2006. Someone I knew at the time also tried to purchase the “morning after pill”. She looked from place to place but could not find a pharmacy that had it available. As a result, she did indeed get pregnant.
Now she is struggling with raising that kid today. Not everyone wants to go through the hassle and struggle of raising children they don’t want. Abstinence can also be difficult for millions because of the weakness they may have, due to the overwhelming desire that may be nearly impossible to control as a human being.
Humans are also not television sets where they can be turned on and off like a remote control if the batteries are working properly. Some have more will power than others. There are many activists who fight for the rights of an unborn fetus. There are also christian groups that try to persuade others to keep their unwanted children.
Then, there are independent individuals who do the same. To add, there have been people who have been independent, an activist or a part of some christian group who have claimed to be “pro life”, who have taken the situation into their own hands by taking lives of others who perform/have performed abortions, or participate/participated in abortions.
Taking a life this way is definitely not “pro life”, because that person murdered was also once a fetus. And still, there are babies who are saved from getting aborted just to never be adopted out by loving people, and end up staying in the foster care system until that child is eighteen.
A woman and a young lady’s body is their body. A number of ladies have their own reasons for not wanting to have children in this day and age. It is usually about choice. Also, it can be a struggle with family members taking on the responsibility of a future unwanted child. It can make it really hard on famiies.
Making the “morning after pill” available everywhere shouldn’t be much of a problem. It will just be another form of contraception out there. That person who needs it will be able to wake up and go on with their lives by feeling relief the morning after (in most cases, anyway).