made available to the public in 2013.

Released on July 9, 2010, in the United States, Despicable Me opened at the number one spot at the box office and pulled in $56.3 million, making it the third biggest opening grossing for an animated film in 2010 behind Toy Story 3 and Shrek Forever After…

The film has made $251,513,985 in the United States and Canada as well as an estimated $291,600,000 internationally for a worldwide total of $543,010,705, against its $69 million budget.  This film is also Universal’s sixth highest-grossing film (unadjusted for inflation)  and the tenth-highest-grossing animated feature of all-time in North America.  In worldwide earnings, it is the sixth biggest film of Universal Studios,  the fourth highest-grossing animated film of 2010 trailing Toy Story 3, Shrek Forever After, and Tangled,

Minion Dave is the perfect gift for fans of Despicable Me 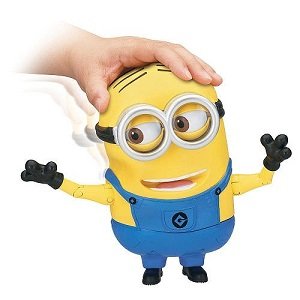 Make ‘someone else’ Smile

How would you describe the ideal party? For me, the ideal party is populated with people eager to entertain. In my opinion, meeting someone at a party who is a good storyteller is like finding lost treasure. Wouldn’t it be great if everyone you met at a party told you an entertaining story?

How You Can Become a Great Storyteller

Ideally, you want to take responsibility for making someone else’s evening enjoyable by telling them a funny, interesting story. Me? I could never be a great storyteller, you may be thinking. Yes, you can. Everyone has at least one great story that they could tell. Most people have lots but lack the confidence to tell those stories. Storytelling is a gift that we give to others. You don’t have to be born with a special talent. You only need to have the desire to make someone else smile. The truth is that storytelling is a skill that may be learned and improved by practicing.

Put simply, a great story consists of a three fundamental elements: a beginning with a clearly defined goal, a middle outlining the obstacles that stand in the way of success, and an ending that describes that which was accomplished, achieved or overcome in order to reach the desired goal. Regardless of the topic, these three elements constitute the essence of a story.

Once you’ve chosen a story that includes these elements, you can go about filling in the essential details that make your story memorable, interesting and/or funny.

Choosing which and how many details to include is the tricky part. Storytelling falls short when the speaker fails to weed out essential details from tedious minutiae. Only include in your story the details that are necessary to move the story forward. Does it matter to your story what time of day you ran into your long lost high school sweetheart? Probably not. Leave that detail out. Focus on the important parts of your story and leave the boring bits out. Remember, you want to tell a story that captures people’s imagination. Leave out some of the details so that your listener’s imagination has something to do.

At the beginning of this post I talked about being entertained. As a storyteller, you’re an entertainer not the fact checker at Encyclopedia Britannica so don’t let a few facts get in the way of a good story. Am I advocating telling bare-faced lies? Not at all! However, don’t be afraid to embellish. “That fish must’ve weighed 50 pounds!” Really? Fifty pounds? Likely not and your listener knows that because of the sparkle in your eye. It’s part of the fun.

A successful story is emotionally moving. You want your listener to feel an emotional connection to your story. You probably don’t want to move your listener to tears but you probably do want to make them laugh. That will only happen if they’ve become convinced that the goal you identified at the beginning is worthy and if they can identify with your desire to obtain it.

Now that you’ve chosen which story to tell, decided on the essential details, relaxed a little about facts, found your story’s emotional core and given some thought to dramatic timing, take the time to practice telling it. Tell your story to your spouse and/or your best friend. Practice, practice, practice. Then tell it with confidence.

Remember, your listeners are hoping to be entertained. They want you to succeed. So, relax and have fun.

what do toys do when they’re not played with? Cowboy Woody (voiced by Tom Hanks),

Despicable Me 2 is a 2013 American 3D computer-animated action comedy film and the sequel to the 2010 animated film Despicable Me. Produced by Illumination Entertainment and distributed by Universal Pictures, both films are directed by Pierre Coffin and Chris Renaud, and written by Cinco Paul and Ken Daurio. It is the first film by Illumination Entertainment to be a sequel. Steve Carell, Russell Brand, and Miranda Cosgrove reprise their roles. Kristen Wiig, who played Miss Hattie in the first film, voices agent Lucy Wilde. Ken Jeong, who played the Talk Show Host, voices Floyd Eagle-san. New cast members include Benjamin Bratt as Eduardo (aka El Macho) and Steve Coogan as Silas Ramsbottom, head of the Anti-Villain League (AVL). The film premiered on June 5, 2013 in Australia, and was theatrically released in the United States on July 3, 2013.  The film has received positive reviews and has become a massive box office hit by grossing over $918 million against its budget of $76 million.

A spin-off film, Minions, focusing mainly on the little yellow henchmen before they met Gru, is set to be released on July 10, 2015.

This is an unofficial app for fans and is not affiliated with or endorsed by the subject.

There is genius that is right in front of our faces–you smile as you are refreshed, 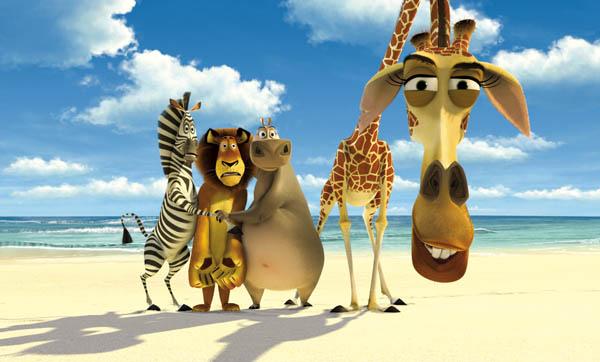 Madagascar
Melman the giraffe.  Gloria the hippopotamus. Alex the lion. Marty the zebra.
As a cub, Alex the Lion was called Alakay and was the son of Zuba, the alpha lion. Though Zuba tries to teach Alakay to be a hunter, the cub is more interested in dancing, and is captured by poachers when Makunga, Zuba’s rival, challenges Zuba to a fight for the position of alpha lion. Alakay is forced into a crate, and taken away despite Zuba’s attempts to rescue him. The crate falls into the ocean where it drifts to New York. There, Alakay is renamed Alex and sent to the Central Park Zoo where he grew up, meeting Marty the Zebra, Melman the Giraffe, and Gloria the Hippopotamus.
Madagascar Spoiled by their upbringing with no idea what wild life is really like, four animals from New York Central Zoo escape, unwittingly assisted by four absconding penguins, and find themselves in Madagascar. Madagascar: Escape 2 Africa The animals try to fly back to New York City, but crash-land on an African wildlife refuge, where Alex is reunited with his parents. Madagascar 3: Europe’s Most Wanted Alex, Marty, Gloria and Melman are still fighting to get home to their beloved Big Apple. Their journey takes them through Europe where they find the perfect cover: a traveling circus, which they reinvent – Madagascar style.

This kind of entertainment is what they call “movie – irresistible computer animation feature;
*Just a picture of these bright toys on the cover of Toy Story looks intriguing as it reawakens the kid in us.
*Filmmaker John Lasseter’s shorts illustrate not only a technical brilliance also a great sense of humour–one in which the pun is always intended.
*Lasseter thinks of himself as a storyteller first and an animator second, much like another film innovator, Walt Disney.

Lasseter’s story is universal
*what do toys do when they’re not played with? Cowboy Woody (voiced by Tom Hanks),
*Andy’s favourite bedroom toy, tries to calm the other toys (some original, some classic)
*party, when newer toys may replace them. Sure enough, Space Ranger Buzz Lightyear (Tim Allen) is the new toy that takes over the throne.
*Buzz has a crucial flaw, though–he believes he’s the real Buzz Lightyear, not a toy.
*Bright and cheerful, Toy Story is much more

*the inevitable bonanza of Woody and Buzz toys.
Lasseter further scores with perfect voice casting, including
*Don Rickles as Mr. Potato Head and Wallace Shawn as a meek dinosaur.
*The director-animator won a special Oscar “For the development and inspired application of techniques that have made possible the first feature-length computer-animated film”.
*In other words, this movie is great. –Doug Thomas Toy Story 2 John Lasseter and his gang of high-tech creators at Pixar
*create another entertainment for the ages; Xbox 360 Controller is the primary controller for Microsoft Xbox 360 console and was introduced at E3 2005. The Xbox 360 controller comes in both wired and wireless versions. Original Xbox controllers are not compatible with the Xbox 360. The controller is also compatible with PCs, like Windows Vista, 7 and 8; the wireless version requires a Wireless Gaming Receiver.   The wireless controllers run on either AA batteries or a rechargeable battery pack. The wired controllers may be connected to any of the USB ports on the console, or to an attached USB hub. The Xbox 360 controller does not provide a standard USB Human interface device software interface, but is designed for the Microsoft XInput interface library.   Although many PC video games support the XInput library, some games might not work with this controller.   wireless controllers are available in numerous different colors including: 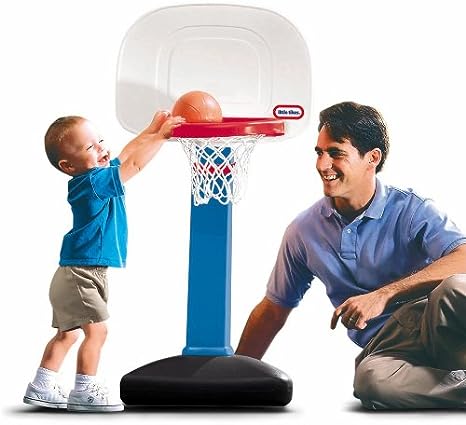 Introduces kids of all abilities to the game of basketball

Despicable Me
In a happy suburban neighborhood surrounded by white picket fences with flowering rose bushes, sits a black house with a dead lawn. Unbeknownst to the neighbors, hidden beneath this home is a vast secret hideout. Surrounded by a small army of minions, 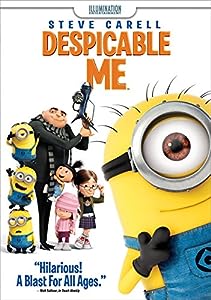