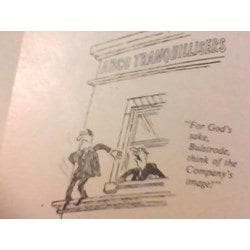 How Stock exchange is regulated in Asia

The recent rash of insider trading cases in Asian Stock markets has sent regulatory agencies scampering to plug loopholes in their stock trading rules. Long tacit reality that was benignly tolerated in Asia, the practice became a public scandal after the likes of Levine, Boesky, Siegel and other Wall Street insider traders captured the headlines.

In Japan the move to make trading rules tougher go its momentum from the Tateho Chemical Industries affair in September 1987, in which the company’s bankers sold a large block of Tateh shares the day before it announced large losses on speculative bong futures trading. Less than half a year later, Recruit Company, an information conglomerate, was found to have sold shares of its real estate subsidiary, Recruit Cosmos, to leading political and business figures prior to floating them on the market. Among those alleged to have benefited from the deal though aides or family members are Prime Minister Nobrou Takeshita, former Prime Minister Yasuhiro Nakasone, Finance Minister Kiichi Miyazawa and LDP secretary general Shin taro Abe. This resulted in the resignation of Miyazawa.

To cement relations with politicians and favored clients, Japanese firms are known to sell them shares at low prices before going public- albeit under the names of proxies, either aides and secretaries or family members. This practice of buying unlisted shares is not illegal in Japan but it is regarded as highly unethical when the buyer is one who might be able to do favors to the company selling the shares. In the Recruit Cosmos case, the chairman, a director and a personal aide to the chairman of Nippon Telegraph and Telephone, a quasi government firm issuing licenses and circuits, were found to have also benefited from Recruit Cosmos, as it diversified into telecommunications. The chairman resigned later within months. Within the culture that had developed around the Japanese stock market, crossholdings of shares for mutual benefit between companies were deemed natural, and company officials habitually exchanged business information with each other.

But the Japanese Diet has decided to bear down on insider trading, introducing various amendments to the securities and exchange regulations, including-

– ‘information recipients’, i.e., public officials, journalists, printers, proof readers and others with access to inside information.

In Hong Kong, insider trading is yet to be made a criminal offense (Early 1990), although authorities may investigate investors’ complaints and publish their findings. An investigation tribunal, set up in 1983, has so far found only one group culpable of insider trading. Li Ka-shing, chairman of Cheung Kong and Hutchison Whampoa and Deputy Chairman of the Hong Kong and Shanghai Bank, was implicated in an insider deal later cancelled. In that deal International City Holdings, in which Li had a controlling interest, was to have sold real estate to Ever Bright, a Hong Kong company run by China’s capitalistic communist, Wang Guangyin. In the public announcement of the deal, there was no mention of a ‘break clause’, allowing Ever Bright to pull out of the deal on two days’ notice- which it did. But between the time the deal was publicly announced and the time it was called off – a period of about 6 months- ICH’s share price rose by 77%, and Cheung Kong executives traded heavily in ICH stocks. The Hong Kong stock Exchange, now run by a new chief executive, is strengthening its market surveillance department and setting up a new compliance department. The Hong Kong government itself is requiring public disclosure of share holdings of more than 10% reporting of changes of shareholdings by large shareholders or company executives within 5 days and the investigation of any corporate shareholdings for cause. Authorities have gone so far as to consider searches of erring companies’ premises without securing a warrant and forcing witnesses to answer investigators’ questions.

In Singapore, attention refocused in 1988 on the 1986 Allan Ng Poh Meng case. That year, the Singapore government alleged, Ng Chairman of First Capital Corporation, once one of Singapore’s most successful property developers- bought one million shares of stock in a company with prior knowledge that it would be re-listed on the stock exchange. Sea lion Hotels Ltd. Had been suspended from trading because of financial difficulties. Two days after ‘ng’ bought his block of shares, Sea lion announced that it had requested a re-listing of its shares, and trading resumed after another three days.

There have been at least two other instances of insider trading in Singapore. In 1981 real estate dealer Ho Kok Cheung was accused in court of acting in concert in the takeover of Leong Huat, a steel producer. According to the city state’s mergers and acquisitions code, the buyer of a controlling interest in a publicly listed company must make a takeover bid for the remaining shares when his stake exceeds 25% of the company’s share capital. When Ho did not do so, he was banned from trading on the local exchange for three years.

In 1980 G. Choudhury, then chairman and CEO of Ben & Co. Ltd., was sentenced to nine months in jail on each of six charges of insider trading. However, the case was overturned on appeal.

In Korea, rampant insider trading was uncovered when two groups started a rivalry in insider trading. An anonymous letter received by Korea’s Securities Supervisory Board later in 1988 triggered the investigation and eventual arrest of at least twelve people. Among those arrested were officials and employees of the stock exchange and of Daewoo Securities, Korea’s largest stock brokerage house. The men were alleged to have conspired and used information on share prices to manipulate the timing of transactions in order to take advantage of rising prices for themselves while allocating falling stocks to ordinary investors.

In the wake of the scandal, Korea’s securities industry has vowed to exercise closer control of brokering and trading activities, and the Ministry of Finance has announced that it would establish a separate division within the Securities Supervisory Board to watch out for insider trading.