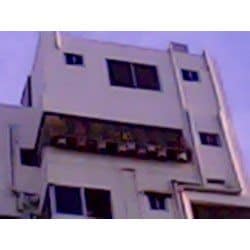 For years, information processing had been growing more important at General Motors until, by the mid 1980s the company had more than 100 major computer networks, few of which were capable of communicating with one another. The cost of such unmanaged growth was astronomical, and GM was well on its way to being the highest cost producer of US automobiles. After making two attempts, Roger Smith, GM â€™s CEO, admitted that the company could not get its data processing under control.

Then, in 1984, Smith oversaw the $2.5 billion acquisition of Electronic Data Systems (EDS), one of the leading companies in the field of computer systems integration. The purchase was financed by issuing a special class of stock, GM-E. The GM-E stock sold well, because EDS had a history of 35% compound annual profits growth rate. The pan was for EDS to remain a largely independent subsidiary, directed by Ross Perot, who had built EDS on a $1,000 investment. GM would transfer its 7,000 person data processing staff to EDS and would negotiate contracts for EDS to integrate its massive information processing systems. Smith also expressed hope that some of the entrepreneurial EDS style would rub off on GM.

A series f unanticipated developments turned the acquisition sour, however, and Perot began a public crusade to â€˜nuke the GM management systemâ€™. What went wrong? We can learn something of the difficult of managing diversification by observing several problems with the EDS acquisition.

– Neither company really understood the needs or capabilities of the other. Smith thought EDS could facilitate GM â€™s move to automate and computerize its factories. But when initially purchased, EDS did not employ a single programmer with expertise in writing code for machine control. Meanwhile, Perot believed that Smith had the same managerial style as he. However, GM had 800,000 employees, many of them United Auto workers union members, and Perot was responsible for only 17,000 fiercely loyal employees in a corporate culture that was very different.

– The deal was inadvertently structured to place managers from the two organizations in adversarial roles. When the GM-E stock was created, the contract stipulated that dividends would be based on the performance of the EDS subsidiary- not the performance of GM overall. Executive compensation of EDS had long depended heavily upon stock options to motivate superior managerial performance. Because top EDS managers owned a lot of stock, they had a natural interest in seeing that EDS made the highest possible levels of profit. But their customers inside GM felt EDS would charge higher prices that would drive GMâ€™s costs up. Many GM managers were angry to see their operations incurring costs that would improve EDS profits and in turn make EDS managers richer. The result was that 4 years after the acquisition, many of GMâ€™s largest divisions still had not negotiated long term contracts with EDS for their data processing needs.

– Some key relationships were never adequately specified before the acquisition. In the discussions which took place before the actual acquisition, many issues that would eventually become points of conflict were never broached. Perot was a self made multibillionaire, described by one acquaintance as â€˜great team player as long as he got to be captain.â€™ Yet the contract specified in only the most general of terms how he was to work for, and report to, Smith. When Smith began to send teams of inspectors to oversee operations at EDS, Perot simply refused to allow them access to â€˜hisâ€™ company. Meanwhile, Perot insisted that any suggestion for change coming from GM be cleared with him personally before EDS managers carried it out. Te result was a managerial gridlock that prevented EDS from being integrated into GM operations.

– The cultural difference between the two companies was extreme. Managerial activity at GM was controlled by a bureaucracy designed to monitor it. Activity at EDS was a function of the cult like following that had built up around Perot. Ex-military, a graduate of Annapolis, Perot insisted upon conservative dress and patriotic politics; GM people who were transferred to EDS were amazed to learn that beards, long hair, suede shoes, and alcohol at lunch were all strictly forbidden. GM had a decades long history of adversarial relations with its blue collar, unionized workforce. Perot had made history when he hired a retired Green Beret officer to help him lead a covert operation into Iran to free two EDS workers being held hostage. EDS recruiting was aimed at people just coming out of the military and Perot like to brag in pubic that EDS workers were trained to kill a snake when they saw one. He complained that GM managers were trained to form a committee to study snakes when they saw one.

As Perot became ever more publicly vocal in his criticisms, GM decided it had to do something to remedy the deteriorating situation. Smith offered Perot and his top three executives $750 million for their shares of EDS stock, more than twice the stockâ€™s market value, in return, the four resigned and agreed not to set up companies that would compete with EDS. Perot lost his seat on GM â€™s board and agreed to incur a fine of $7.5 million if he continued to criticize Smith or GM publicly. The settlement was so spectacular that it gave rise to a new term for one of the less attractive aspects of the acquisition game: â€˜hush-mailâ€™.