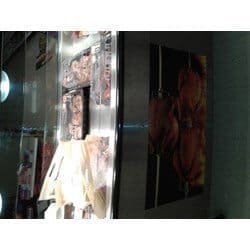 What Happened to Pioneer Chicken In Los Angeles?

My family and I had a favorite chicken place we went to when I was growing up as a kid in the 1980’s. Even though we mainly ate home made meals, we occasionally ate out or picked up some fast food. One of the places we ordered from was a place called Pioneer Chicken.
In my opinion, Pioneer was the best chicken place of all. It was even cheaper than Church’s, Kentucky Fried Chicken, and Popeye’s Chicken. Back then it was a privilege to have Kentucky Fried Chicken. When Popeyes opened, only one of my relatives who was in the navy had some.
If anyone else did, I certainly didn’t know about it. Finally, when I began working more hours as a seventeen year-old, I was able to have Kentucky and Church’s Chicken whenever I wanted it. And, in 1996 I had my first taste of Popeyes Chicken.
It was in New Mexico and it was horrible! However, it was absolutely bangin and smashing in Texas (because at this particular location the workers were from Louisiana in 2003)! Further, Popeyes is always the best in Pineville, Louisiana. All of these chicken places are good, though (you have to have that “special touch” when it comes to being in the food industry, like being the best baker at Winchells or Krispy Creme).
However, Pioneer was the best. Their chicken had a signature taste that stood out amongst the rest. Sure the chicken was greasy as ever. As a family we continued eating Pioneer Chicken until some of us moved from Los Angeles in 1983 and later. I returned to see if Pioneer was still open in 1995.
By then no one I knew had knowledge of any Pioneer Chicken places that remained open. Also, I have heard throughout the years that Los Angeles no longer has any more Pioneer Chicken places open. I sure wish I knew what happened. There is a big difference between “the Pioneer Chicken” and others that are Pioneer Chicken in name only.