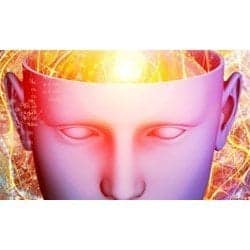 People everywhere have been emotionally wounded.  Ask any two year old that’s thrown a tantrum, and received the rod of correction and he or she can tell you, their egos have been wounded.  But lets be real, most wounds that are of any consequence are deeper than a swat on the butt.

Those wounds can come from parents, strangers, accidents and in any number of other things, can cause permanent and lasting damage.  That brings to the front the real issue here, does that damage need to be lasting or at some point, can there be healing even for deep wounds?

First of all, not one way works for all people.  If you doubt this, consider how sitting on a couch works to a point for some, but not at all for others.  Just like medication helps take the edge off, but does nothing for others.  What do you do then?  That’s who this Sirgo is for, those that want to explore alternative methods, because you’re tired of being emotionally damaged.

When your mind is broken...
there’s not just one way to receive healing.

Often times, psychologies and psychiatrist are the beginning and the end to healing.  After all, isn’t that all that there is out there.  The simple answer to that is no.  There are professionals out there that have found that there are other things that work and help people move to emotional wholeness.

So what are some alternative methods?  A Chi machine along with Thera Cane.  A Chi machine rocks you soothingly as a child would rock.  This sounds simple, but in essence what it does is to help blocked channels to be opened and that emotional trauma to be released.

Holodynamics is another alternative method that is helpful for those that have PTSD, anxiety and any deeply embeded issues.  The basics of this therapy is to help you start to define lines between what’s you and what are the programs which run into your mind, which while they may feel like they’re you, they aren’t.

Ho’oponopono simply put, but not so simple to do is a method of bring those things that are subconscious to the conscious mind and releasing them from there.

Sometimes sitting on a couch...
doesn’t solve the problem, and alternative methods should be considered.

The Mind, The Means

I don’t want these methods to sound easy.  There’s a lot of hard work that goes into becoming healed.  But it’s that work and effort that makes the healing go so deep.  If you are not familiar with how each of these works, and I presented them very simplistically, contact Andrew Scheim and let him guide you to the healing that you want and deserve.

Andrew is a specialist in each of these fields and more.  Part of the wisdom that comes with alternative therapy’s is having someone that has enough tools in their belt, in order to know which one will work best for you.  That’s what you’ll find you get with Andrew.  Someone that knows how to determine withc alternative method will work best to get you the physical and emotional healing that you deserve.

to have those emotional wounds healed?