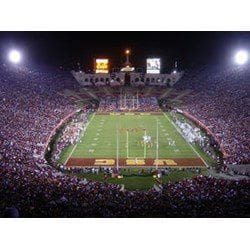 Autumn is the time of year that brings with it many changes. &nbsp;I’ve seen them already as I’m sure you have as well. There’s the mad rush to get everything ready to go back to school.  Then there’s the morning of that first day of school.  When everyone is has ‘sand’ in their eyes and they’re trying to wake up to get ready.  Most of the trouble for waking up comes with the butterfly’s blocking sleep the night before.

Then there’s the football season that begins.  You can hear some of them start the countdown for the next season as soon as the last one ends, yet others begin as soon as the draft does.  It’s a good thing, football.  It’s fun to watch and see the athleticism that those that play it have achieved.

Then comes the beauty of the trees starts to appear.  The leaves go from being green to golden yellow, orange and red.  It’s a beautiful sight unlike most any other.  With no other time of the year even close to being able to match it’s beauty.

Getting ready for autumn,
should also including preparing for the illnesses that arrive then.

Cold and flu season is the biggest annoyance and is evident when children and adults start back to school.  It’s a time when you come into contact, close contact, with people you wouldn’t have otherwise met let alone been in an incubator with for 1-3 hours (if not more).

The end result is that when one person is sick, at the very least 30 others are exposed to it.  It means that you suddenly hear of ‘everyone’ being sick.  It’s not bad enough that the kids come down with it, but so do the parents and those they work with.  That incubator is baking at full speed and you’re reaping the results of it.

Have you considered that you don’t have to become sick?  That it’s not inevitable as many have come to not only believe, but accept.  Consider that you can substantially reduce if know eliminate the possibility completely should you chose.  How?  The first is simply increase the amount of vitamin c that you’re taking.  That alone gives you’re body substantial ammunition for beating colds and flus.  But there’s one other thing that you can do before the flu season hits.  Get a flu shot.

While I understand that flu shots don’t cover all the strands, they cover those that are determined to be at epidemic levels for the next flu season.  Like most things, they’ve study and have down to a science what is going to come around.  Is it a perfect science?  No, but it is very accurate and it can make a huge difference if you get sick.  Remember, most everywhere offers flu shots now, this includes urgent cares.

I like urgent cares for a couple of reasons.  First they’re cheaper than a regular doctor, you can still get that check up before the shot and in most cases, you can get in the same day.  Unlike regular doctors offices, you can truly walk-in and get seen within minutes.  Remember too, an ounce of prevention is worth a pound of cure.

Boosting your immune system,
can help lesson or prevent both the common cold and the flu!

So we’ve covered colds and flus, so what would that leave for autumn misery?  Allergies!  If you’ve suffered from them at all, this comes as no surprised to you.  But what you may not have thought about for them is what the cause is during autumn season, and what you can do to prevent having an attack.

The most common autumn allergies are weeds and molds.  They bring with them billions of dollars in medicines to compensate for the impact that they have.  How do you compensate for and avoid weeds and molds?  Consider things like not letting mold grow in your yard.  When leaves fall and morning dew mix, so do is the breeding ground for that mold that cause you so many headaches.  Have a gardner maintain the lawn if you have really bad reactions.

Don’t just use them for the leaves, but also for the weeds that may be starting to grow again.  If you haven’t put weed killer on them, have your gardner take care of them.  It’s something that you’ll benefit from as well as your family members.

Remember sever allergies may require a doctor’s visit, so why not take care of them before you have to go in.