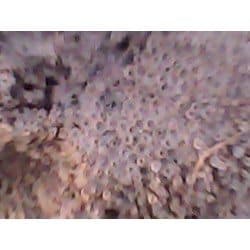 Aids – : myths and realities to refresh

The angel of death has been abroad throughout the land; you may almost hear the beating of his wings- John Bright.

– In just six years since AIDS was first identified, the virus has infected more than 100,000 people in over 120 countries;
– For every person found to have AIDS between 40-50 more are infected with the virus without knowing it- thatâ€™s between 5-10 million people;
– The World Health Organization predicted that in 1990, that there could be as many as 3 million cases of AIDS â€“ an almost apocalyptic figure, considering that the disease is virtually a death sentence.
– In October, 1987, the United General Assembly met to confront a health issue for the first time in its history: AIDS is obviously so threatening to mankind as to merit the attention of the international body.

A Guide to AIDS terminology:

AIDS: Acquired Immunodeficiency Syndrome also knows as HIV, Human Immunodeficiency Virus.
Acquired: not hereditary or caused by medication.
Immune: related to the bodyâ€™s ability to fight disease or infection.
Deficiency: the virus kills the infection-fighting cells of the blood and weakens immunity.
Syndrome: a group of symptoms or diseases which, when they appear together, indicate the presence of another disease.
ARC: AIDS Related Complex: a milder form of AIDS with similar symptoms but lacking the threat of fatal cancers or pneumonia. It may or may not deteriorate into AIDS.
FRAIDS: colloquial for a psychosomatic illness discovered by American psychiatrists, which mimics the symptoms of AIDS but is actually caused by excessive fear of the disease.

AIDS: Bacterial or Viral?
IS AIDS caused by bacteria or virus? Can it be contracted through toilet seats, telephones, door knobs, etc.? Canâ€™t it be wiped out with a heavy dose of antibiotics? AIDS is caused by a virus rather than bacteria. The HIV virus, unlike the single celled bacteria, is made up of a molecule that enters the cell of another living thing and uses the materials of that cell to reproduce itself. For this reason, HIV canâ€™t live outside of those cells and cannot be contracted through toilet seats, telephones or door knobs like bacteria.

The AIDS virus enters the bloodstream of a victim and proceeds to attack the infection-fighting T-cell. Once inside the cell, the virus uses the materials of the cell to multiply, until the cell swells and dies, releasing an army of new viruses to attack other cells. The bodyâ€™s immune system, once deprived of enough T-cells, is unable to fight infection. And the AIDS victim falls prey to different illnesses.

Signs and Symptoms:
Some patients have no symptoms until they suddenly develop one of the life threatening diseases linked to AIDS. Other patients have a recent history of fatigue, afternoon fevers, night sweats, weight loss, diarrhea, and cough. After these appear, then the patient may begin to develop several more severe infections occurring at the same time.

Who catches AIDS?
The following persons are a greatest risk of contracting the AIDS virus:

– Sexually active homosexual or bisexual men with multiple partners- and the more partners the greater the risk. Risk in the above group is increased by being uncircumcised, having sores or lesions from venereal diseases or having immune systems already impaired by other diseases such as hepatitis B or herpes simplex.
– Sex partners of bisexual males.
– Prostitutes and their partners.
– Intravenous drug users who share needles;
– Hemophiliacs and other recipients of unscreened blood products;
– Infants born to mothers with AIDS.
Otherwise, thereâ€™s no need to stop shaking hands, hugging or similar activities. And we wonâ€™t catch AIDS from someone who coughs or sneezes.
The American heterosexual male who doesnâ€™t use intravenous drugs is said to have less than one chance in 40,000 of contracting AIDS. Arguably, the Asian heterosexual male faces an even slimmer risk. By mid 1987, there were only 40 reported deaths due to AIDS in Asia.

Making sure:
Sex therapist Helen Singer Kaplan advises would be lovers to undergo a blood test to detect the presence of antibodies. When a virus enters the body, white blood cells produce antibodies, which cover a virusâ€™ protein coat and prevent it, form attaching itself to a cell. Persons whose blood tests show positive for AIDS antibodies are infected with HIV and many of them may later develop ARC or AIDS. Have two blood tests six months apart as it may take that long for antibodies to develop after exposure to AIDS. In the interim between blood tests, refrain from any sexual practices likely to involve a transfer of body fluids.

Forlorn conclusions:
– There is no pharmaceutical cure for a virus disease, because to kill the virus one must also kill the cell to which the virus attaches itself.
– Only the bodyâ€™s own immune system can fight viruses. But the AIDS virus attacks the very cells that comprise the immune system, and the body is left defenseless against the virus itself and the infections that might set in. the is why AIDS KILLS.

Dr. Jane Patterson, a California gynecologist, says partners are safe ifâ€¦..
– Both of them have not had sexual contact with any other person in the last ten years.
– Both maintain a strictly monogamous sexual relationship for the rest of their lives.

Although, by early 1987 there were only 40 confirmed deaths from AIDS in Asia, that may be just the tip of the iceberg. There may be many undiagnosed cases of ARC and a great number of individuals whose blood has tested positive for HIV antibodies. Plus all those â€˜silent carriersâ€™, people who are free of AIDS symptoms but have picked up the virus, and are capable of passing it on. The situation is Asia is markedly different from those in the West or in Africa. For instance, most of the cases in Japan concern hemophiliacs who were unfortunate recipients of contaminated blood from the US. Several of the cases reported involve foreigners â€“ hence, the almost hysterical fear of â€˜gaijinâ€™ in Japan today.
In the Philippines, the vast majority of known infected victims are so called â€˜hospitality girlsâ€™, most of them plying their trade near US military bases. The presumption is that they were infected by US service men. An unknown number of other Filipino hospitality girls, believed to be carriers, are unwittingly spreading the virus. Thailand also reports that many of its cases involve foreigners. Thus, it appears that in these parts of Asia, AIDS is not primarily a hazard of homosexual males or street drug abusers.
The pattern of AIDS in Asia may well follow the African pattern, in which nearly half of the victims are female. If most hemophiliacs and bar girls engage in heterosexual activity, AIDS in Asia will not be the exclusive preserve of gays but also of heterosexual males who ignore the threat of this epidemic.