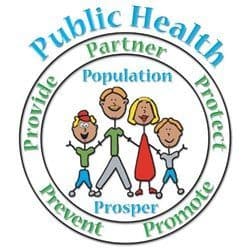 Just A Little Something About Your Microwave, And Water

â€¢ Microwaves altered catabolic behavior of plant-alkaloids when raw, cooked or frozen vegetables were exposed for even very short periods

â€¢ Due to chemical alterations within food substances, malfunctions occurred in the lymphatic system, causing degeneration of the immune systemâ€™s capacity to protect itself against cancerous growth

â€¢ The unstable catabolism of micro-waved foods altered their elemental food substances, leading to disorders in the digestive system

â€¢ Those ingesting micro-waved foods showed a statistically higher incidence of stomach and intestinal cancers, plus a general degeneration of peripheral cellular tissues with a gradual breakdown of digestive and excretory system function

â€¢ Destruction of the nutritional value of nucleoproteins in meats

â€¢ Lowering of the metabolic activity of alkaloids, glucosides, galactosides and nitrilosides (all basic plant substances in fruits and vegetables)

â€¢ Marked acceleration of structural disintegration in all foods.

â€¢ Has been linked to causing infertility in men

How “Pure” is your Tap Water?

â€¢ There may be contaminants that enter the water supply that are not on the EPA’s hit list, and they escape detection

â€¢ Current testing and purification technology may miss some contaminants, which get past filtering systems and enter the water supply.

â€¢ Some germs may be resistant to current disinfecting methods, such as cryptosporidium, the chlorine-resistant parasite that was implicated in the 1993 Milwaukee water contamination episode, in which 40,000 people suffered gastrointestinal illnesses and over 100 immuno compromised people died. Even so, this germ is still not on the EPA’s “most wanted” list for monitoring and detection. Other germs, such as E.coli and Giardia, are tiny enough to slip through some filtration systems.

â€¢ 1986 which banned lead in plumbing, in a 1993 report the EPA admitted that 819 water treatment plants in the United States produce water containing above safe levels of lead.

â€¢ Notably, carbon dioxide from the air is rapidly absorbed, making the water acidic and even more aggressive

â€¢ Long term drinking should be avoided except in special circumstances

â€¢ Boiling is the best way to kill bacteria, viruses and parasites.

You should disinfect your drinking water by boiling if:

â€¢ Your community has been issued a boil water advisory

â€¢ You are using water directly from a stream, lake or shallow well

â€¢ You have a weakened immune system

Something Good 4 Ur Health