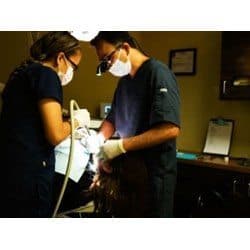 The Verdict Is In

Like most, I’ve had many different challenges and some of them more frightening than others.  Two of those challenges came when the doctor and dentist advised me that I needed to have surgery.  One for a ruptured appendix and the other for dental work.  Neither were very fun, but both were necessary.

While having health issues is what causes the need for doctors and dentist, it’s the skill that they have and carry in anesthesia that is really at the heart of the work that needs to be done. After all, if they pick the wrong one the end result could and can be disastrous.

Anesthesia done wrong...
can result in everything from you being in pain to death! It’s critical that the professional know what they’re doing

Challenge Number 1: To Much Medication

I know that it’s not pleasant to think about, but more is not better when we’re dealing with anesthesia.  I understand why many are afraid of not having enough.  After all, we’ve all heard the stories of the person feeling the operation going on at the time that it’s occurring and not being able to tell the doctor that they’re awake.  Then recanting everything after they woke up.  We’ve also her tails of the persona actually waking up during the procedure and having to be put under quickly and the aftermath that follows.

And about now you may be thinking that nothing can be worse than that, but there is something worse and that’s to much anesthesia.

If you get to much anesthesia you can go into a coma or worse yet, you can die from it.  No question, that’s worse than waking up during the procedure.  If you don’t think that’s complicated enough add to it the pregnant mama that must have surgery.  Then the doctor and sometimes dentist have to patients that they need to be concerned with and monitor the entire time.  Knowing that at any point something can happen and the patient go south at any point.

Double the lives...
double the danger!

At first glance, dentistry may appear to be of concern, but consider that it too can involve anesthesia and all of the side effects that come along with it, here’s how!

If you are have major dental work done, the only solution may be to have sedation in the form of anesthesia.  I know of people that have had to have all of their teeth removed at once.  Because of the amount of potential pain and the length of the procedure, the dentist will often put the client to sleep.

You may be thinking that you’re not having that major of work done, but you are very sensitive to procedures and yes pain.  The goal is for the dentist to work for you, not the other way around.  What that means is they should be willing to do what you need to have done in order to keep you comfortable and safe while having any and all procedures done.  If they aren’t then you need to find another one.

Also consider that you should address this issues in your first.  If the dentist doesn’t listen to you, then you need to keep going, and the same is true for your doctors office.  If they don’t listen to you, move on.