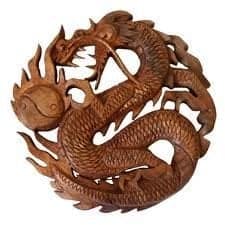 A dragon with a social conscience

A series of articles reflecting upon modern and ancient China: with the perspective theme running through, of how and why; China has evolved into the leading world economic power of the 21st century.
With articles on places, culture and aspects of modernism, uniquely evolved from ancient themes, owing much to Sun Tzu (Art of War), Confucius, Daoism and Buddhist influences.
Unlike the other recent superpowers of history, China has a very ancient culture. The Soviet style of communism has failed. The USA style of neo â€“ culture has greatly influenced China, especially the young. However although adopting much of modern Americana, Chinaâ€™s deep cultural history has strong counter currents of influence from its ancient past intertwined within its modernism. The country has learned the lessons of isolationism and despotic rule and communism of the Soviet style is nowhere to be seen, in fact â€˜communismâ€™ of any kind is hard to find, but consumerism and entrepreneurship abounds.
However the Western media fails to â€˜knowâ€™ China and puts out tarnished stories with a bias that just has no reality. Repeated old concepts about China colour many news reports that appear to always want to put a counter-spin on stories and news. Western media is addicted to maintain outdated concepts that somehow have to try and show China and its achievements in a poor light.
If you want to appreciate China, modern China, and know something of its culture and tourist locations, and a little history and with a modern psychological perspective of what, why and how these amazing changes are happening: then start here.

Napoleon once said: “Let China sleep, for when she wakes, she will shake the world.”

To understand something about this huge and diverse nation, with such a wealth of history, it is necessary to know something about its culture, history and the way it sees itself together with the way it is seen from outside its borders. Importantly a view is overlaid here to point out the cultural shift of a nation. Once feared as antagonistic and strange and as a communist stronghold; a potential enemy of the West.

Such views are outdated and only held for political rhetoric to arouse those less thoughtful. Western media puts out contorted ‘facts’ based on what are often misunderstandings of China, and are silly, when the real facts are understood. Refusing to understanding and holding belief in outdated constructs will never be real knowledge. Not knowing China, ignoring what has emerged, why, and how: will be to the advantage of this patient nation in the competitive commercial struggle of the future which is upon us.

Napoleon is reputed to have followed the Art of War, written by Sun Tzu (in 500 bc). Napoleon once said, “Let China sleep, for when she wakes, she will shake the world.” He was defeated by Wellington at the battle of Waterloo. Wellington had also read the Art of War. So it may be the interpretation of Chinese ways that ought to be correctly understood.

Get a modern perspective on China

China really is more commercial than its detractors care to perceive. China is a very modern country, independent, outward looking and listening to its people with what can only be described as ‘Democratic communism’; which is more than can be said about many countries at this time of austerity, cuts in services and banking scandals.
In China the government asked the population what was a fair and reasonable price to pay for public transport which in China is crowded but excellent. The response was to set a very low rate, and so it was. In The UK it costs a small fortune to get anywhere; in China they know that industrial and commercial needs require effective, and low cost travel to work conditions for growthâ€¦

No one is more blind than those who refuse to see and learn from the ‘correct’ attitudes in China.

The following articles and comments struggle to merge within the readers mind; a set of angles of approach to understanding the why’s, the whereâ€™s, the metaphors of an emerging dynamic country and its society, and its potential impact on our modern world.

China belongs to a new generation

One thing is certain, most of the Chinese people are proud of their nation and its achievements and they respect their leaders for the changes made in the last two decades.
China is a young country, young people are the new middle class, you see them everywhere, business like and good mannered, most speak some English.
The young people of China certainly appear to have the work ethic, but diverge from their parents, in adoption of Western values. Historical and new circumstances are changing this nation, rapidly; to understand these undercurrents of change its necessary to get a wide overview knowing the issues covered and related within the articles, will hopefully help.

In other post communist countries, like Romania for example, the young became better educated, many went overseas as work opportunities for their skills were unavailable at home. The younger people were fluent in English, the international language: so they became employable, whilst the older generation were not. They became baby minders for their children. Everyone worked hard for a better future. But after a generation things have turned sour. The world-wide depression has not helped and many are turning back to the ‘good old days of communist controlled economy with work for all.

China without doubt has the very same path to follow, hopefully wisely.