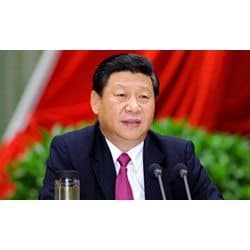 THE EDUCATIONAL REPUBLIC OF CHINA

The Peoples Republic of China: The PRC meets in the Great Hall of the People near Tienanmen Square in Beijing.

November 2012 just after American President Barack Obama was re-elected the Chinese leadership made its 10 year cyclic change of leaders. From the outgoing Wen Jiabao to Xi Jinping who is reported to have leanings towards further democratization. He is married to a famous Chinese folk singer and their daughter was educated at an American University.

It was Deng Xiaoping then Zhu Rongji the one time mayor of Shanghai that were the main architects of Chinaâ€™s economic strategy and its moves towards democratization. It was these leaders, who quietly moved the nation away from the concepts of Mao to a design for uplifting the nation economically and educationally into a modern urbanized state. This strategy has made China an economic superpower in only a twenty year period.

All commentators agree with the Chinese leadership that the biggest problem facing China is that of the spectre of corruption. Many of the leaders and their families have become very rich during this period of change. Most if not all is legitimate, but maybe tarnished with nepotism.

However itâ€™s a good idea to get this picture into perspective as the economic position of a nations leaders appears to go along with the position of power; to a more or lesser degree this happens throughout the world. Its inevitable and probably legitimate to ‘some’ extent that important figures are aware of investment and business opportunities.

There are major differences when comparing Chinaâ€™s leaders to those in other nations, regarding corrupting influences, which is hardly ever mentioned in the western media. China’s leaders cannot be compared to the likes of the despots of Africa or the past leaders of Latin America and Middle and Far East countries who have been ingratiated by big oil and other national asset stripping endeavours. Such leaders have outrageously benefited personally whilst impoverishing their people and their nations and the underhand of American interest has been in the background. If you donâ€™t believe me read John Perkins book: Confessions of an Economic Hit Man.
China has not allowed such things to happen in their nation, which has annoyed a great many external nations. And China has a history of being kicked around by other countries and looks like it learned a lesson!
One of the lessons has been and continues to be is to bring about an educational change in the population.

Well educated people in China especially the young are generating a huge middle class. It started at the top with leaders children and families; many have been well educated as the Chinese leaders have put together many education schemes and have encouraged their youth to study abroad in Western Universities, and they have profited from a large stream of fees from such oversees students. As a result is it surprising that these better educated and fluent English speakers are doing well with rising incomes and many underpinning China’s internal services industries economic boom. Now in middle and senior management positions the returning well educated Chinese are helping their nation and their families. Everyone I have met in China recently are quite proud of their nation and acknowledge their governments last twenty year period as good as could be expected: of course they all want much further change in personal freedoms too.

Unlike other once third world nations, such as The Philippines – being a good example, that has lots of USA aid and economic guidance – has not progressed like China which twenty years ago it preceded in wealth creation.

Its all about educating the best and most valuable asset a nation has: its people. China has taken this route and simultaneously not followed the economic suggestions that dominate the western world the: Washington economic view as expounded by the World Bank and the IMF. China has had no banking crash.

The strategy in China should be seen as diverse, yes there is an underclass of poorly educated people who cannot find a place in the new economic structure emerging throughout the nation, mostly they are parents of the better educated youth, or migrant workers who are supporting them; family loyalty is highly valued in China.

There is a lot for the PRC to do and it will be difficult but they can be proud of bringing their nation from poverty to prosperity: by educating their youth, by mobilizing their general population into a workforce that now in fact underpins the Western manufacturing economies as their products are made in China.

The Tienanmen Square protestors wanted democracy and got McDonald’s and Starbucks. They may not have actually meant that, however such Americanization is inevitable with a move to economic growth and interconnectedness with the commercialism of the modern world. Hopefully the Chinese miracle will continue and over time the grip of the government in all things will continue to diminish. China faces so many problems; its not just one nation but many, it is a vast country, it has a huge population and lots of demographic issues, it cannot change too rapidly, we can now see what rapid change has done in the Arab Spring revolts: change can generate chaos.

Chaos is the thing that all Chinese of whatever opinion or persuasion are agreed upon avoiding.