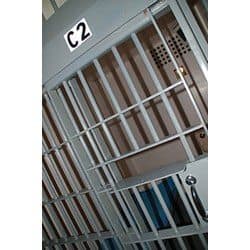 Yes, summer is here, but really it begins a long time in most parts of the country before the actual day on the calendar.
You see, summer begins when it heats up enough that the ‘snow birds’ leave and people start wearing shorts and drinking.  One always brings the other, and the result is always problems.
I used to dispatch for police departments, and we always knew when summer was coming.  I’d handle 400 calls a month in the winter, and 850+ in the summer, which equals over 50 calls a shift.  Yes, that’s just one dispatcher and we usually  had 8 on per shift.  Yet, people always wonder why the cops aren’t there before they hand up.
We that dispatch are always amused when people think that the full money and summer, don’t bring a change in peoples behavior.  I’ve even read articles that say suicides don’t go up in the  summer or holiday seasons.  Ask any dispatcher and they’ll tell you the stats are wrong, because we live with it every shift.
All because it’s hot and people are more active in high risk behaviors when it’s hot.  Here’s the progression.
so do the number of calls to the police!

The heat shows up!!!

Yes, the first thing we notice is not the heat, but what it brings.  One day  you have 20 or so calls on the shift and the next day, you can’t keep up.
Some are more important than others, like the number of accidents.  Did  you know that when it heats up, there is an increase in accidents.  Part of the reason is more people on the road, another part is because people are drinking.
I wrote one man in prison, he refused to say that he was like all the ‘others’ in prison, because he’d only been drinking and driving.  Yes, he’d hit someone.  Yes they’d been permanately injured.  And yes, he’d been found guilty, but he wasn’t like everyone else.  But the reality was, he was.  And the reality is he will probably drink and drive again.  His denial was heavy.
Drinking is the beginning of the cycle.  It gives the one who drinks a false sense that they can handle every thing, a false bravado if you will.  Because they are distorted in what they see and hear, they react differently.  They react differently, and do things, say things and behave in ways they wouldn’t normally do.
This in turn results in the police being brought out.  And someone almost always goes to jail.
Then before the judge.  And then if you’re fortunate enough he will set bail.  There’s many factors in bail being set, including your past, and what type of crime was being charged.  If you’re lucky,  you then have bail set, and you need someone to go to a bail bonds service.
Bail is set, and you are released with a promise to appear on a given day and time, to address your case.
Prison and jail are not the same thing!
Hard time is done when you go to prison. Anything more than 2 years, is a prison sentence. Jail is anything under 2 years, and by many is consider to be a walk in the park!

Yes, it sounds simple, and quick.  But depending on who you are, and depending on what you’ve done, it can be dangerous and humiliating.  It can mean that your life is permanently altered.  And it can mean, that your family is suffering beyond anything you’ve imagined.
You see, while you’re sitting in  jail, they have to run around and try and get the money to get you out of your mess.  Then they have to try and find a bail bond service that will be open when you need them.  Once they find one, hopefully they’ll be treated with kindness and respect like ASAP Bail Bonds 2 service does.  If not, then, well then they too are humiliated.  All because you didn’t act properly.  And don’t kid yourself, not all bail bond services are alike, and not all are open when you need them to be.  Why?  Because they’re a business and not all business are the same, and that’s the bottom line.
will be there for you before, during and after your need!

The moral of the story!

Yes, there is a moral to the story, and it’s not just don’t drink and drive, that by now should be a give me!  Consider that jail and prison are no picnic.  Consider that heat does impact you, even if you don’t think it does.  It makes everyone more irritable and short tempered.  Crime does increase during the summer!  And you don’t have to have your life changed forever just because you, or someone else has chosen to cool off with something other than water.
I know, it’s a ‘fan’ favorite.  But I also know, that it kills brain cells, and alters lives and it’s simply not worth it.  So, for the sake of everyone else, chose other ways to cool down, when the summer heats things up!