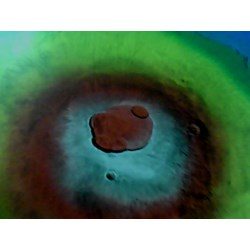 Governance in the mobs hand?

Whose rules and order to be followed- Government’s or Shah-bag’s, or both? People of Bangladesh are confused and furious. Everybody crossing its limits and nobody cares what’s wrong or right. The basis of ethics, morality and laws all gone to ashtray. The recent declaration from the Shah-bag to hoist national flag, singing national anthem, and standing out of the job for minutes and school colleges to come out for two hours everyday in support of the Shah-bag- are the instances that we might raise to discuss critically. There are strict instructions are there in the Bangladesh Constitution who, how, and when the national flag is to be hoisted, the current mob-like movement defying those instructions; more fantastic is that the government officials are also to obey those instructions! The strikes by opposition political parties and killing in the streets by police forces and vandalism by miscreants made it almost unhealthy environment for the schools and educational institutions to keep it open and teaching, above all this coming out from school for two hours cutting the lesson time more shorter- indeed a suicidal acts for the education. Strangely government is taking no steps against it, rather encouraging and supporting the Bloggers indiscriminately- thinking of cropping cash out of their movement- which is setting bad and unprecedented examples for the future of the nation. How long would it take to get learned from the history and other states around the world? How stupid a nation could be!

When the government play with fire

Now the conflicts between the government and oppositions seem like a never ending matter. Both the parties claiming that the opponents are wrong and have no supports of the people. In fact the whole nation is divided into two different groups- one supporting the government and the others not- irrespective of their political affiliation or direct involvement. Secondly, the government has certain advantage to manipulate law enforcement agencies, police and justice. With these they can do intimidation and oppression and control their political rivals. In this case the unrest and dissatisfaction of any government remain the key forces for instability and shaky political environment. Hence the economy will be suffering for good. In the mean time the tricks and tactics of corruptions would be changed and shifts which sometimes get constitutional protections too, if the involvement is too serious. For example the Awami Government has introduced and contracted with private electricity companies who were politically assigned and apparently political alliances got the jobs. To protect it from the future law suit or corruption charges, government passed a bill giving it an indemnity or impunity from any future corruption charges. Under these situations, the price of electricity has been increasing after regular intervals, so is the oil price. But you can’t do any protest, as would be colored as anti-state and non-patriots or making disturbances in support of the oppositions. This is a peculiar situation in Bangladesh where any rightful causes will be branded as politically motivated if the government sees it against its petty interests.