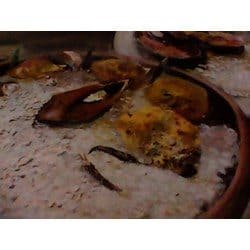 Control to stay in power for ever

Banning a banks if needed

Banning a best rated bank in Bangladesh is the latest act of the government thru’ which it is planning to dry down the funding of the opposition Islamic party, as it is said. The reason for banning is, as discussed on local tv channel, the Islamic Bank is not performing as it declared, i.e., it is functioning is a traditional banking ways but branding Islamic as camouflage to bluff the clients! A serious allegation against the practicing and well rated popular bank. It means the Islamic bank is betraying the trust of the religious minded people. So, it must be banned. If that is the case- where the Central Bank of the country lying? The Central Bank has a monitoring and audit team to inspect and audit all the banks regularly with its stringent laws, where have they been in these years? Why not the governors of the Bangladesh Bank be held responsible for all of these wrong doings? People believe it is a politically motivated case that the incumbent political party is interested to take the advantage of the situation, which would have negative impact on the economy, employment, businesses culture and environment as a whole.

By hook or by crook the incumbent political party in Bangladesh has been trying and planning to reclaim the power, even at the cost of bloodshed, and unethical law changes. Power is the motto and only objectives; otherwise it fears the grave consequences of what it had done in these last four years. Changing constitutions, changing laws, increasing electricity prices, taxes, vats, giving contracts in capital investments, Padma bridge scandals, Bank forgery, MLM fraud, most of all spreading hatred and dividing the nations as pro-government and non-government. Whereas the unity of a nation should be a prime task of any government in order t prosper. In Bangladesh, petty politics and self-interests of politicians made it impossible to think about the patriotism of the politicians! Yet, people are caught in between law and muscles that prohibits it to express their views. The current protests in the street is simply government funded and protected pre-planned and organized showdown, thru’ which it is trying to implement its agenda. Meanwhile, changing laws and regulations wherever it is necessary to confiscated power and squash the oppositions for good! Would it be possible is a question to see in the coming days!

Prime minister declared –those who say against Islam will be punished and the publishers or media who print it and make it news will also be punished. Blaming the offenders and whistle blowers in the same scale! Strange! people who will do the blasphemy will be having the same punishment as the victims. How morally and ethically the government is bankrupt, one could understand clearly! The general public in Bangladesh is muslim and practicing Muslims too. To all of us all the prophets are deeply respected. Writing against prophets could easily hurt the feelings, and ignite protests which could go fiery, and many could be ready to sacrifice their lives too, as they did lately in Bangladesh. This death is for a noble cause. In the name of banning religious based political parties, government of Bangladesh is trying to shut off the oppositions, as it failed to convince public politically about its performance; hence the next election would be at best a fifty-fifty chance for them. Which means the next government would do the same tough nuts as they had been doing against- so far! Fearing the fact, it is doing all the evil plots and planning, even disgracing the justice system, and all the ethics and morality or universally accepted standard. We must remember all the Muslim protesters are not lenient to any other political parties, it is the sentiment that was hurt, and people raged!