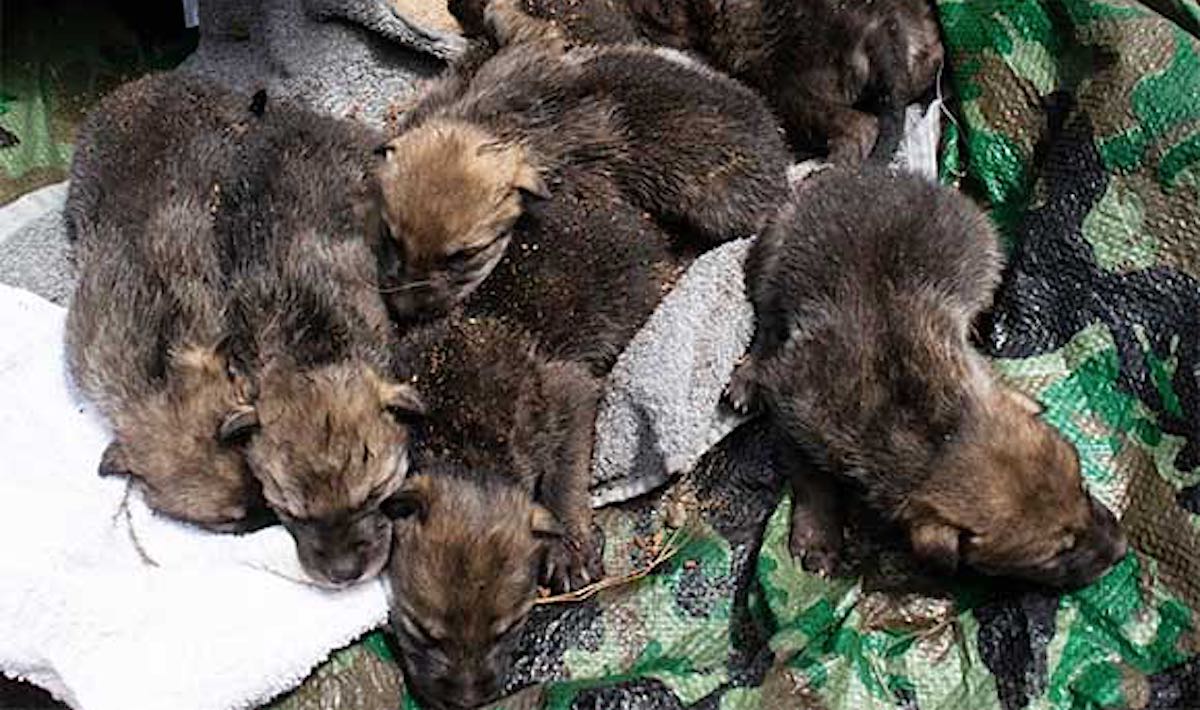 Recovery efforts for one of North America’s most charismatic and persecuted species, the Mexican wolf, received a huge boost this spring as 20 wolf pups born in captivity were successfully integrated within wild packs across the southwest United States.

Captive breeding programs in zoos and wolf centers in Missouri, New Mexico, Kansas, California, Arizona, provided the 20 pups from seven different litters, which were in turn placed among seven wild packs in Arizona and New Mexico. The innovative program is managed by the Arizona Game and Fish Department with extensive support from the U.S. Fish and Wildlife Service (FWS).

Cross-fostering is a proven method of reintroduction that involves taking pups about 14-days old and placing them in wild wolf dens containing pups of similar age. Studies have shown cross-fostered wolves has the same survival rate as wild-born pups throughout their first year of life, the highest rate of survival of any wolf-reintroduction methods.

“Managing genetics is one of the biggest challenges facing Mexican wolf conservation, even as constant progress is being made on numeric recovery,” said Jim deVos, an Assistant Director at the Arizona Department. “Cross-fostering young pups works in increasing genetic diversity.”

The species canis lupus baileyi had been hunted to extinction in the U.S. by the mid-20th century for its killing of livestock. However, after successful conservation efforts to reintegrate the wolf, 109 animals had been reintroduced by 2015, according to a FWS survey.

The Mexican Wolf Interagency Field Team (IFT) started cross-fostering wolves in 2014, and began with just 2 wolf pups. Since then, 30 pups born in captivity have been taken to the wild to be fostered in dens—and, at least 10 cross-fostered wolves have survived and been recruited into wild wolf packs.

The IFT doesn’t collar and track every single cross-fostered wolf, so it’s likely that more have survived and have just gone unnoticed.

Wild wolf packs are also bouncing back from extinction in Europe, and thanks to the efforts of American conservationists, it will be sooner, rather than later, that citizens of the southwest return from their camping and hiking trips with tales of howls in the hills, and visions of tawny brown and rusty red figures vanishing into the bushes.