Three kids got the surprise of a lifetime when their artwork showed up on a giant billboard, as a colorful reminder to frontline workers that we all thank them for their service.

Shutterfly chose the designs from more than 450 works of art submitted from children across the nation during the company’s #CreateThanks campaign on Twitter and Instagram.

7-year-old Kelli-Rose Simpson Forde, pictured above, is the Long Island granddaughter of a New York City transit worker who inspired her drawing.

She wanted to show him appreciation for helping people commute to work on the transit system, and her mixed-media “thank you” has gone from hanging on her front door to hanging in Times Square.

While NYC has been in the beginning stages of reopening, essential workers there continue to rely on mass transit during the pandemic—and Shutterfly chose two of the city’s busiest commuter hubs (Grand Central Stations and Port Authority) to display uplifting messages of thanks, crafted by children, to bring a little joy to their commutes.

The digital image company surprised Kelli-Rose and her family, unveiling her artwork to them for the first time at 8th Avenue and 42nd Street, where her artwork is emblazoned high up on a billboard. 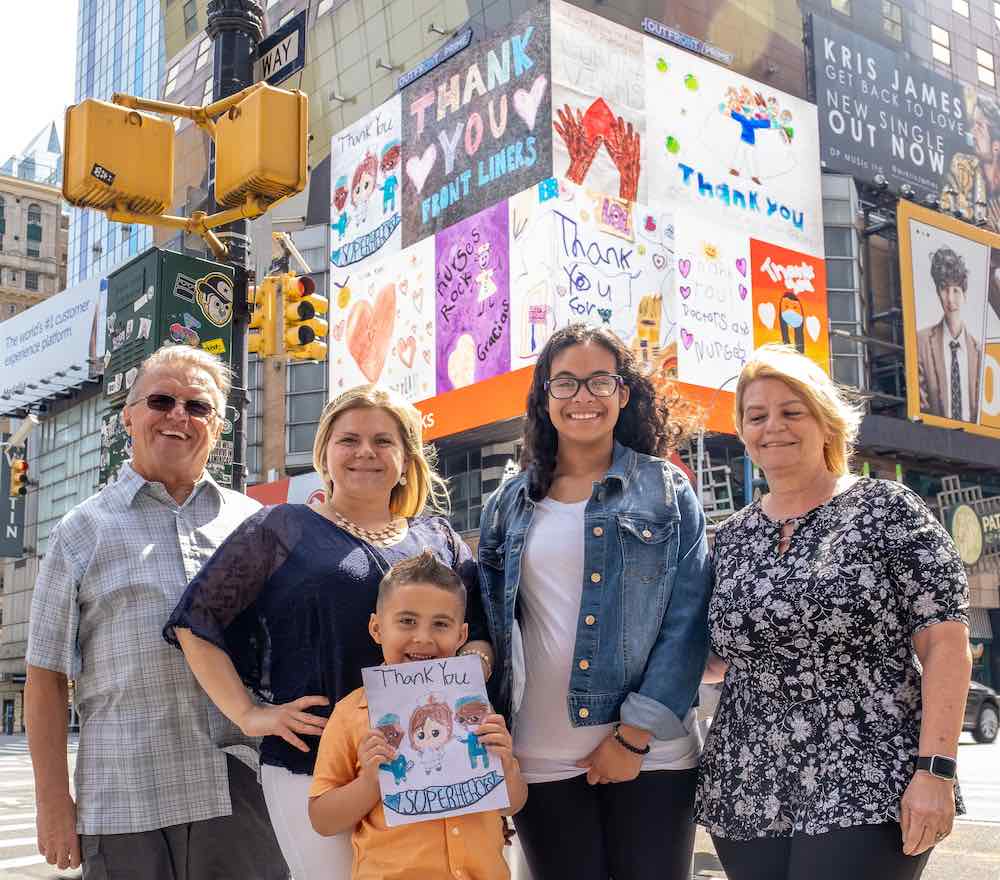 Xavier Garcia, age 5, also from Long Island, wanted to thank frontline workers for being there for those who are sick and in need, especially his aunt who is a nurse’s assistant at Mount Sinai South Nassau.

“I made this picture to thank the doctors and nurses for being superheroes,” said Xavier.

Rounding out the trio is a Brooklyn 4-year-old named Amarry London Alhassan, who wanted to share “a heart and a helping hand” to show her appreciation for healthcare workers everywhere, including his mom, who is a physician assistant. 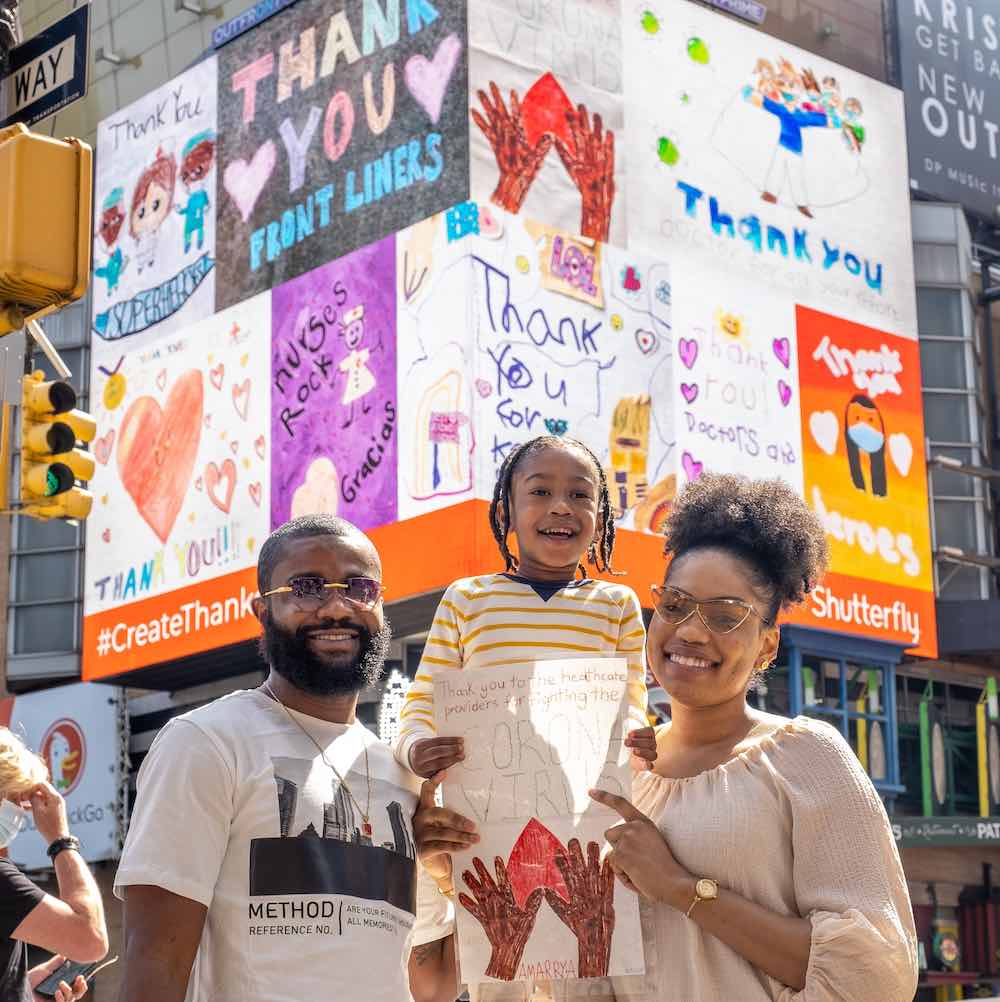 Shutterfly is also delivering thanks directly into the hands of those who are keeping us healthy by distributing 500 care packages to medical staff at Mount Sinai and Elmhurst Hospitals, and giving more than $750,000 in donations, as part of their For Good initiative. 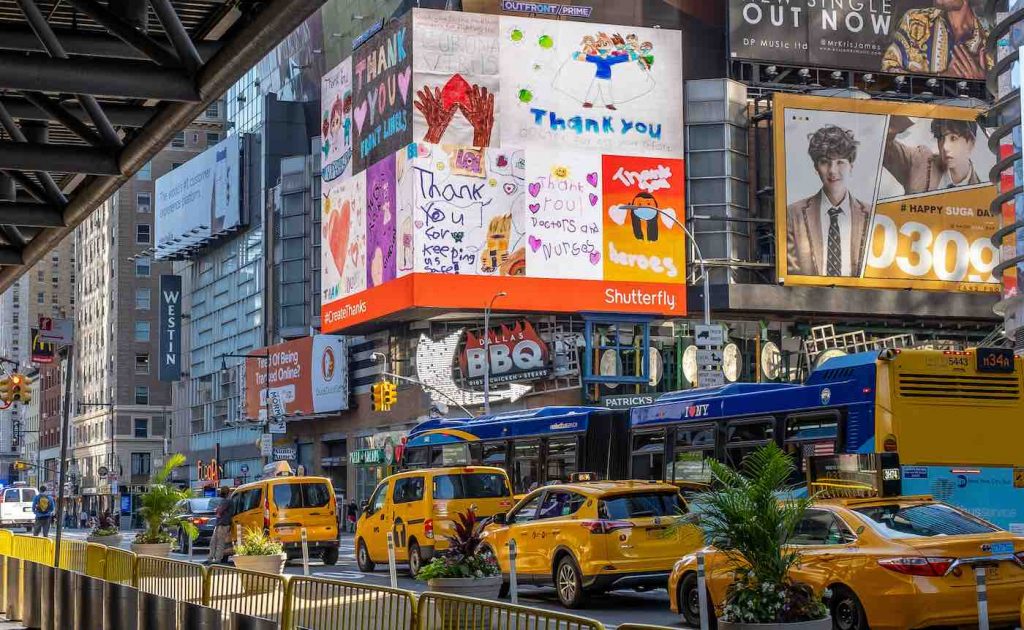 The artwork, which went on display last week, will remain on the billboard, sending out its good vibes, until July 10.