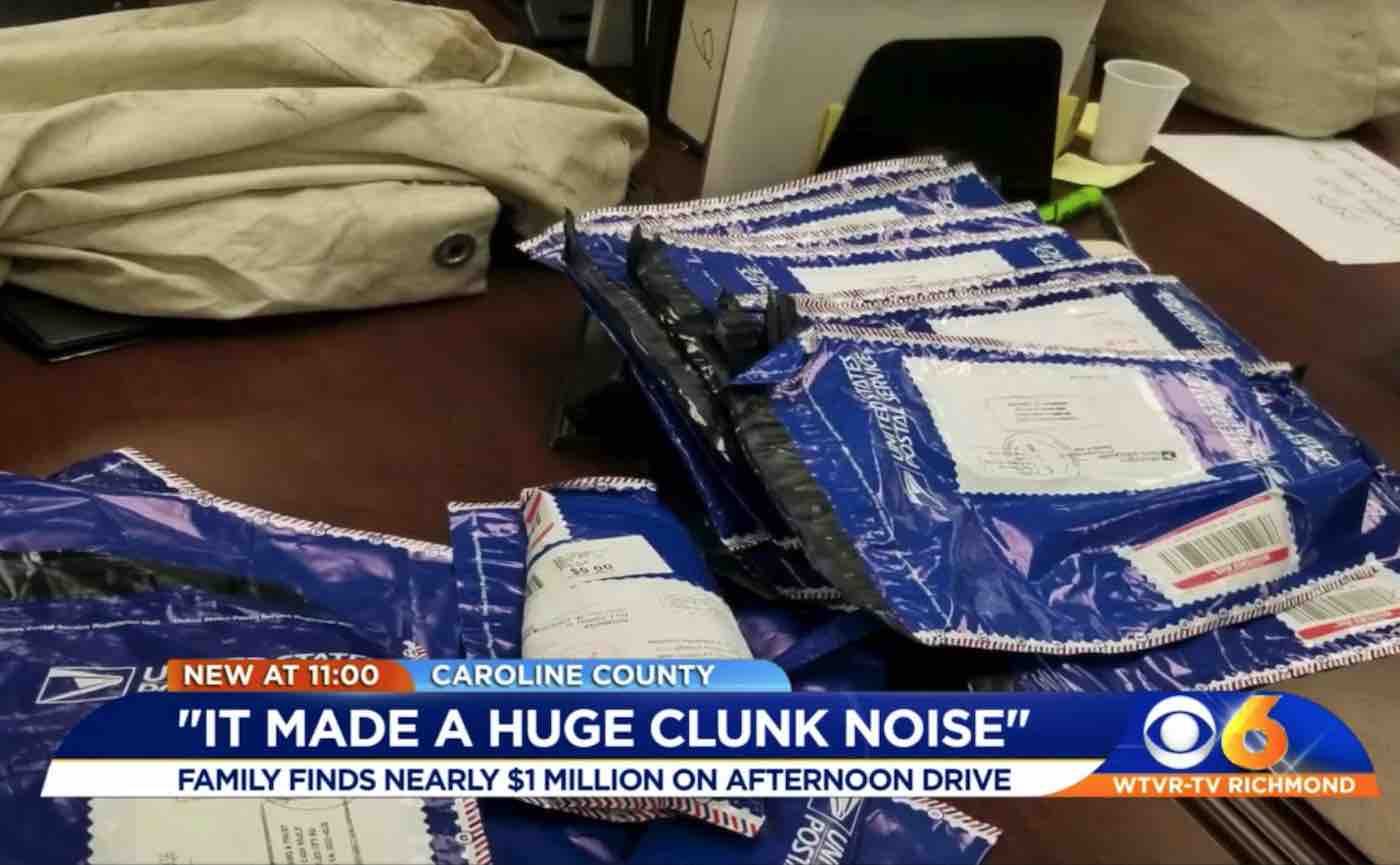 A Virginia family is being praised for their extraordinary honesty after they found—and returned—one million dollars in cash.

Earlier this week, schoolteacher Emily Schantz and her family had been out on a weekend drive through Caroline County when they saw the car ahead of them swerve to avoid hitting a large bag in the road.

Although the Schantzes were unable to swerve around the object in time, they did pull over to the side of the road so they could move it out of the way. Assuming it was trash, they grabbed abandoned two bags off of the pavement and threw them into the trunk.

It was only later that the Schantzes opened up the sacks and found dozens of plastic packages filled with stacks of cash.

Rather than keep the money for themselves, however, Emily and her husband turned it all into the police with the hopes of teaching their sons a valuable lesson in honesty.

Police investigators believe that the postal service had been delivering the bags to a local bank, but it is still a mystery as to how they ended up in the middle of the road—all they know is that the Schantzes deserved praise for their good deed.

“For someone so honest and willing to give that almost a million dollars back—it’s exceptional on their part,” Caroline County Police Major Scott Moser told WTVR. “Their two sons were there, so I put the lights on for them, but we are proud that they represented this county well by being so honest.”