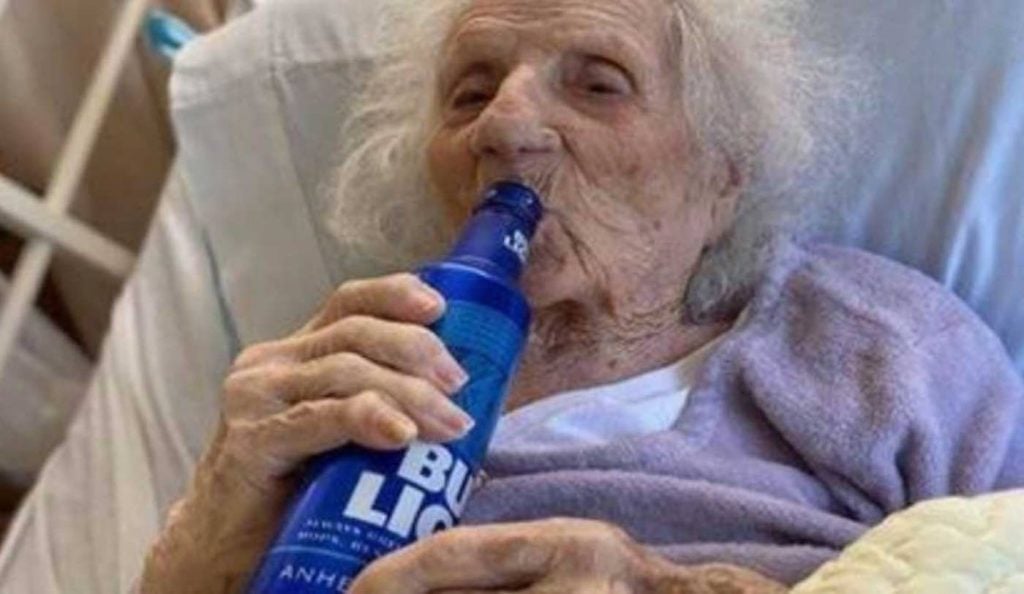 This 103-year-old woman was given a slim chance of survival after she was hospitalized with a case of the novel coronavirus earlier this month.

Jennie Stejna, a “feisty Polish grandmother” from Easton, Massachusetts, was the first resident of her nursing home to be diagnosed with the virus after she contracted a low-grade fever. Despite being moved to a quarantined ward, her condition worsened.

Nursing home staffers eventually called Stejna’s granddaughter, Shelley Gunn, and advised her to say her final goodbyes before it was too late. According to the Easton Wicked Local, Gunn’s husband asked Stejna if she was ready to go to heaven—and Stejna reportedly responded with a resounding “hell yes”.

To everyone’s shock, however, Stejna made a full recovery from the virus.

As a means of celebrating her recovery, nursing home staffers gave her a bottle of Bud Light—a drink which Stejna loves, but has not gotten to enjoy in a long time.

Since Stejna’s story has been shared across international news outlets, social media users have hailed the grandma for her strength—and for her good taste.