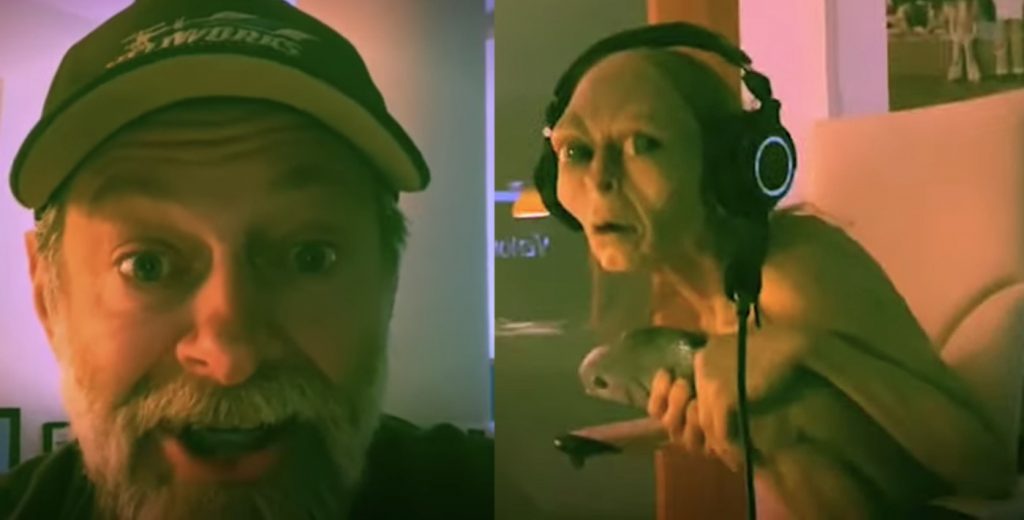 Andy Serkis, the celebrated actor who played the role of Gollum in The Lord of The Rings and The Hobbit is raising money for COVID-19 response in the UK by reading the entire JRR Tolkien book The Hobbit, live, cover to cover.

“So many of us are struggling in isolation during the lockdown,” he wrote on his GoFundMe page. “While times are tough, I want to take you on one of the greatest fantasy adventures ever written, a 12 hour armchair marathon across Middle Earth whilst raising money for two amazing charities which are doing extraordinary work right now to help those most in need in the UK: Best Beginnings and NHS Charities Together.

Starting at 10am in England on Friday, May 8th, BST (5am EST / 2am PST), he’ll be embarking on a marathon reading he calls a Hobbitathon.

“From an unexpected party to the last stage, join Bilbo and me on this tale of high adventure. Together we’ll face the might of the trolls, journey to the magical Rivendell, encounter the giant spiders in the labyrinths of Mirkwood, and the evil goblins living among the roots of the Misty Mountains, until we meet the dragon Smaug, and see the Battle of the Five Armies.”

He will announce on GoFundMe the link for live streaming—and while you are there, you can donate.

All funds raised will be split equally between NHS Charities Together and Best Beginnings, a charity for which he has been “a proud ambassador” for over six years.

Best Beginnings is working tirelessly during the pandemic to support babies, toddlers, pregnant families and new parents and to reduce inequalities, a cause which Andy says is “close to my heart.”

NHS Charities Together is the umbrella organization that brings together all the official charities of the NHS, which has raised over £100 million in just 6 weeks.

With a reading sure to be true to life—featuring the actual voice of Gollum—the actor promised, “If we hit our target of £100,000, there may be a special surprise later in our journey.”

Already having received donations totaling £35,841, you can promote the adventure on social media, and ensure the delivery of that ‘special surprise’ by using the hashtag #Hobbitathon

(WATCH his video below…)