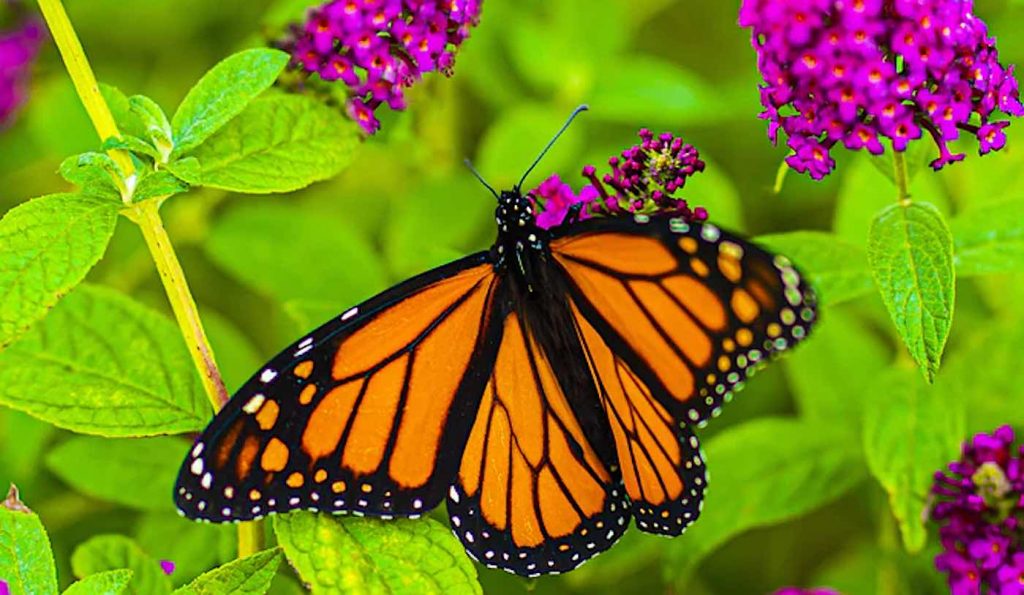 A new public-private partnership that includes 45 companies and the U.S. Fish and Wildlife Service (FWS) will proved “a huge boost” to stem the loss of monarch butterfly habitat in North America.

Of the great animal migrations on our planet, most people imagine the wildebeest in Africa, the Caribou of the Arctic, or perhaps the salmon run in the Pacific Northwest, but the fantastic 3,000-mile flight of Monarch butterflies is surely one of the most astonishing displays of nature on the move.

Yet, recent decades of development along their migration corridors have impeded the ability of these fragile creatures to complete their journey to and from Mexico through the western United States and Canada.

A recent effort by the FWS in partnership with the University of Illinois-Chicago has created a program for protecting habitat along vital migration corridors for the charismatic insects, which leave their summer breeding ground in the northwest U.S. and Canada to travel all the way to central Mexico before resting on the peaks and summits of mountains.

“Completing this agreement is a huge boost for the conservation of monarch butterflies and other pollinators on a landscape scale,” said Aurelia Skipwith, Director of the U.S. Fish and Wildlife Service.

Participants to the agreement which include landowners, farmers, transportation and energy companies, and more, will carry out conservation measures to reduce or remove threats to the species and create and maintain habitat annually. Although this agreement specifically focuses on monarch habitat, the conservation measures will also benefit several other species, especially pollinating insects.

Much of this work will take place along the sides of highways and other roads, as well as under hydro lines, and around other energy infrastructure; which may not seem like prime wildlife habitat but can actually be extremely useful both for wildflowers and other plants which pollinators rely on, and for linking fractured habitat zones.

Officials estimate that as many as 2.3 million acres of roadsides and utility lands may be involved in the agreement, becoming habitat for monarchs and other pollinators.

The agreement itself is a movement in response to an approaching decision by the FWS regarding a potential Endangered Species Act listing for the monarch butterfly, a legal status of protection that has been known to be notoriously frustrating for sectors big and small, public and private.

By involving 45 various companies across sectors like transportation and energy, and by engaging public landowners in monarch conservation, a potential listing can be avoided.

“By engaging early in voluntary conservation, utilities and departments of transportation can avoid increased costs and operational delays as a result of a potential listing. This provides tremendous value to industry and will also yield big benefits to the monarch butterfly,” said Iris Caldwell, program manager of the University of Illinois-Chicago’s Energy Resources Center, which will administer the agreement.

The monarch agreement, known as a Candidate Conservation Agreement with Assurances (CCAA), is structured so that energy and transportation partners and private landowners can provide conservation seamlessly throughout their properties, where there may be a mix of non-federal and federal lands.

The ‘with Assurances’ coda refers to assurances that nothing further will be asked of them if the species continues to decline and receives listing under the Endangered Species Act.

“The effort is unprecedented in terms of its cross-sector participation and geographic extent,” reads the monarch CCAA page of the Rights-of-Way as Habitat Working Group who specialize in developing land adjacent to energy and transportation infrastructure into prime habitat – usually for pollinators.

“The agreement spans the entire contiguous 48 states and is expected to encompass millions of acres of habitat.”

Once monarchs arrive in Mexico they huddle together on the trunks and branches of oyamel fir trees, also known as sacred firs, where the filtering of the sunlight and insulation of the surrounding foliage makes for the perfect monarch-microclimate.

“The tree canopy and ecosystem provide a blanket effect for the monarchs, so the temperatures don’t go too high or too low,” said Pablo Jaramillo-López, a research scientist at the National Autonomous University of Mexico speaking with Nat Geo.

After winter the monarchs head back north, laying eggs on the branches of the milkweed plant, one of the species the new conservation agreement must absolutely work to protect if monarchs are to avoid listing and extinction.

“Interestingly, the waves of monarchs heading north will complete their entire life cycles in just five to seven weeks each,” says Jaramillo-López.

“But when fall rolls around again, a special ‘super generation’ of monarchs that can live up to eight months will make use of air currents to wing all the way back to Mexico—a seemingly impossible feat for such a delicate-looking insect.”