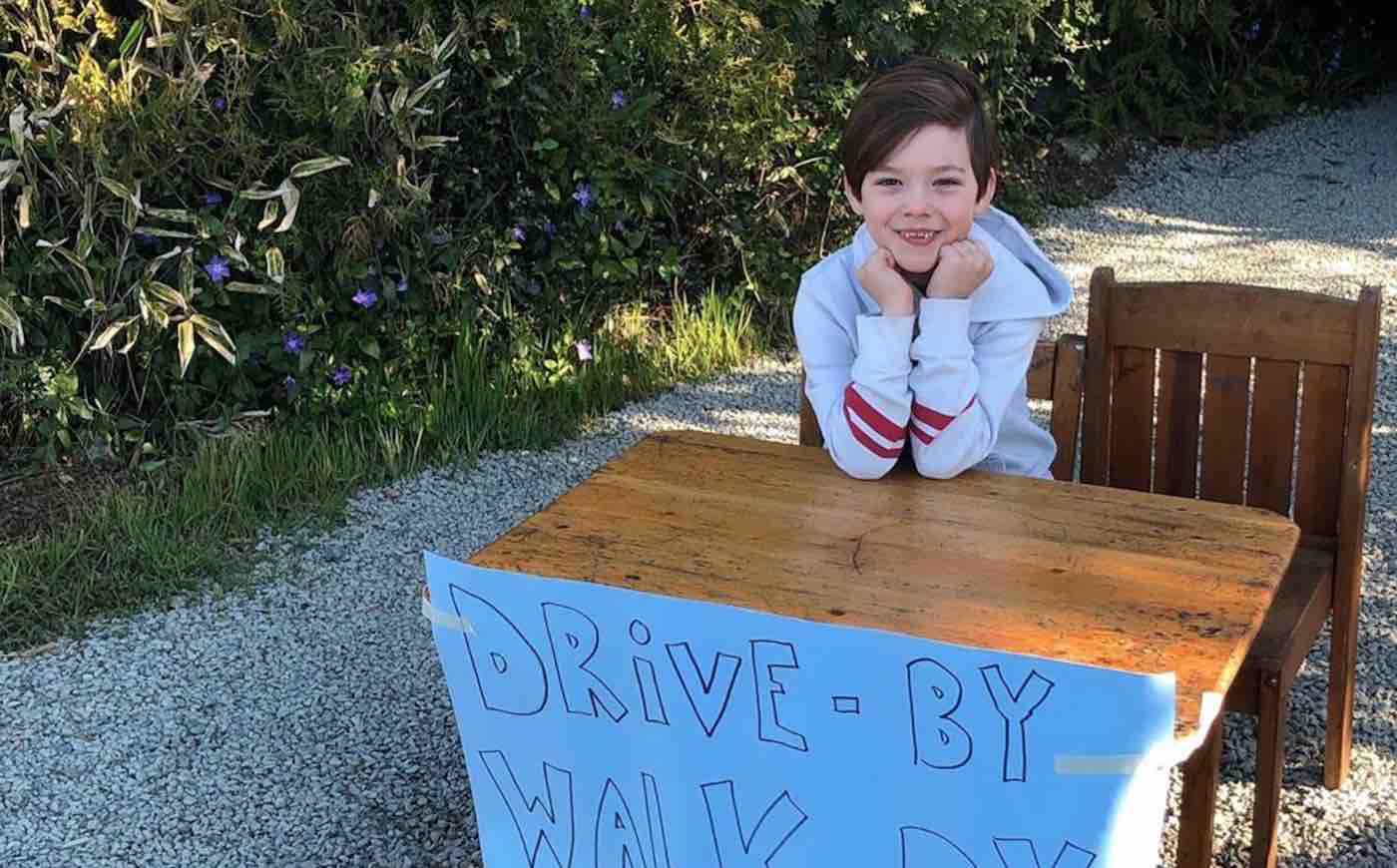 6-year-old Callaghan McLaughlin had been looking forward to starting his own lemonade stand once the weather warmed up—but since the novel coronavirus outbreaks has forced the world into quarantine, he had to improvise.

Rather than spend his times indoors, Callaghan decided to spread joy in his community by setting up a “drive-by joke stand” so he could make his neighbors laugh while respecting social distancing guidelines.

Callaghan’s mother Kelsea says that the youngster has been using one-liners from a kid’s joke book that she bought for him six months ago.

Since she and her husband have already been privileged to hear the bulk of Callaghan’s jokes, she felt it was time he share his jokes with a new audience.

The youngster has been setting up shop every morning at the end of his driveway in Saanich, British Columbia for at least one hour before taking a lengthy lunch break and returning in the afternoon for another shift.

Callaghan also told CBC that he has been offering the jokes for free since he wants people to save their money for more important things—like groceries.

Although many passerby have reportedly been happy to humor Callaghan with a smile and a wave, the youngster was delighted to receive praise from Hollywood A-lister Ryan Reynolds after his labor of love was shared across national news outlets.

Despite his popularity, Callaghan says is simply happy to spread some joy during such turbulent times.

“There’s a lot of stress in the world,” he told CBC, “and I kind of want to get some smiles on people’s faces.”

(WATCH the sweet interview below)