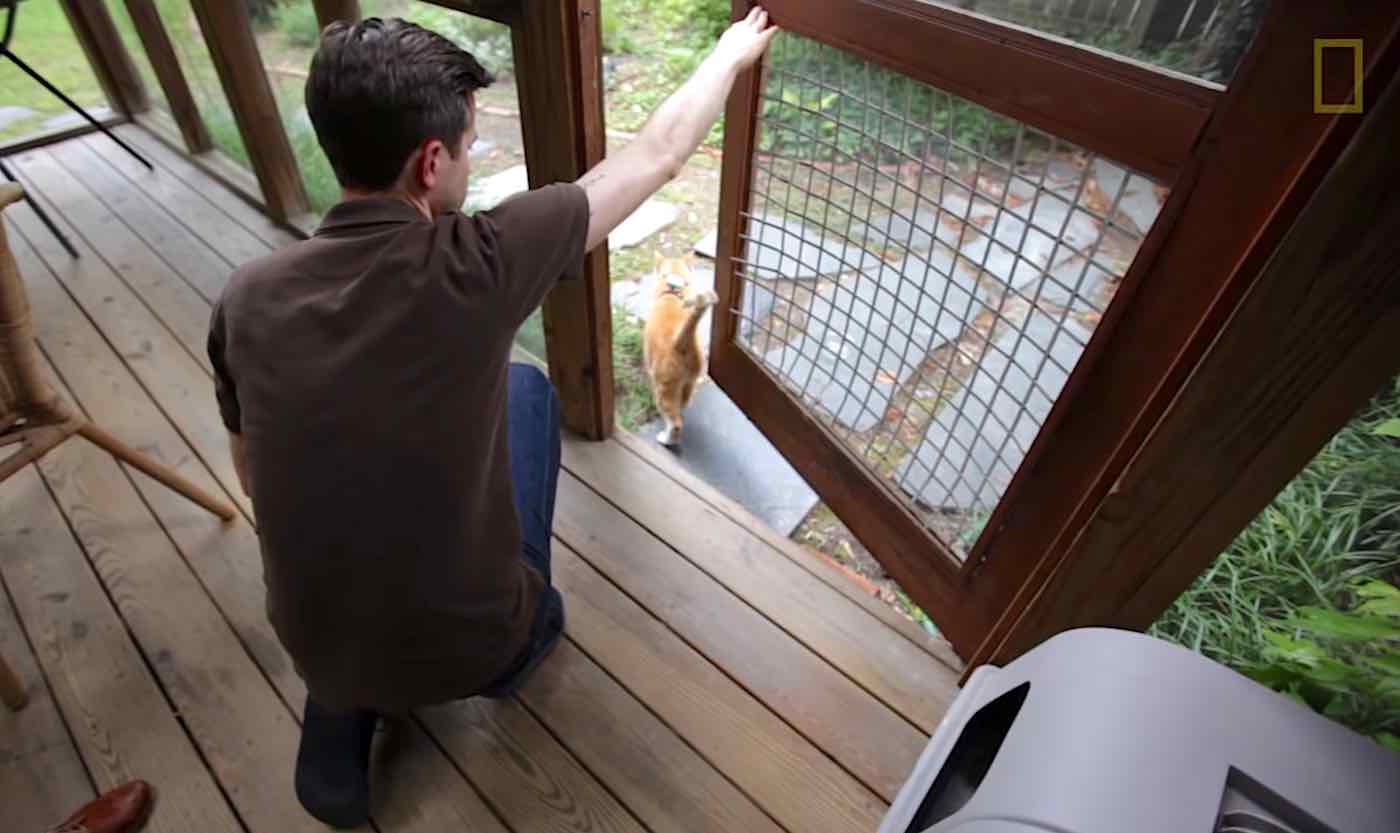 Have you ever wondered where our pet cats go when we’re not looking? What mysterious antics they get up to when they’re prowling around the great outdoors? And will we ever understand the inner mysteries of the noble cat mind?

In an effort to answer these ancient questions, which have plagued the minds of cat-fanciers since the time of the Pharaohs, one team of scientists launched an initiative to track the movements of our feline friends and glean some insight into their outdoor lives.

The Cat Tracker Project is simple in concept: find out where cats go and what they do. Founded by researchers from the North Carolina Museum of Natural Sciences, the team placed GPS collars on the cats of willing volunteers.

After tracking the movements and behavior of nearly 1,000 cats across four countries and analyzing the data for six years, the results are in—and some of the findings come as a bit of a shock.

LOOK: This Epic Pirate Cat Has Spent Her Whole Life Sailing the Ocean

“I was surprised at how little these cats moved,” lead project author Roland Kays told National Geographic. “Most of them spent all their time within 100 meters [330 feet] of their yard.”

That’s not to say that all cats were layabouts, however. National Geographic’s Jonathan Losos goes on to note: “Seven percent covered more than 25 acres, and several cats had enormous ranges. The record-setter was Penny, a young female from the suburbs of Wellington, New Zealand, who roamed over the hills behind her house, covering an area greater than three square miles.”

Then there was Max, a neutered tomcat from England who walked from his home village of St. Newlyn East all the way to Trevilson—over a mile—and back for no apparent reason. Max made this trek twice in the six days he was tracked, leaving his human as mystified as the researchers.

RELATED: Missing Cat Finally Reunited With Owner After It Was Found Wandering the Streets 1,400 Miles Away

If you have an outdoor cat, reading some of these anecdotes might confirm something you’ve long suspected: that the inner machinations of a cat’s mind are an unknowable enigma—a felicitous riddle whose answer they themselves might not possess.

On the other hand, don’t let the tales of adventurous ramblers worry you—the study found that the vast majority of cats are, simply put, “universally lazy”, according to Kays. Aloof though their personalities may seem, chances are our furry companions are strolling just outside our own backyards, and not farther.

However, the Cat Tracker Project doesn’t end there. If have you ever wanted to understand your cat’s personality, the project’s website explains: “With help from our colleagues at Discovery Circle in Australia, we know that there are 5 overarching traits in feline personality, aptly named the ‘Feline Five’. They consist of Skittishness, Outgoingness, Spontaneity, Dominance and Friendliness. The results are calculated on a scale, showing how much your cat exhibits characteristics in each of the Feline Five traits.”

CHECK OUT: Man Who Loves Cats Transforms Home into Feline Playland—And You Can Too (For Charity)

The Cat Tracker Project also has a branch of their work that studies how much pet cats hunt local birds and mammals for sport. By analyzing hair and food samples from participants, researchers can learn about whether a particular cat is “snacking beyond the food bowl”. While this might seem merely like an unsavory side-effect of cat ownership, recent research actually indicates that free-ranging domestic cats in the United States alone kill up to 4 billion birds and 22 billion mammals each year. That could be over three times the population of human beings on planet Earth!

This isn’t the first time that the staggering number of birds killed by pet cats has led an intrepid kitty-owner to take action. In 2018, GNN covered a story about a cat mom named Nancy Brennan who had become increasingly frustrated by how many birds regularly fell prey to her pet cat George—and she became determined to stop him from hunting birds by any means necessary.

Upon reading an article about how birds tend to take notice of bright colors, Brennan created a rainbow kitty collar for George to wear. Its vibrant hues alerted nearby birds to the cat’s presence, and shortly after, she was delighted to find that George had stopped killing birds.

Her “Birds Be Safe” collar ended up being so anecdotally effective for other pet owners that an ornithologist and professor at St. Lawrence University, S.K. Wilson, decided to run a 12-week scientific study on its success. Wilson’s study proved that cats killed 19 times fewer birds when wearing one of Brennan’s bright collars. The study brought a flood of new traffic to Brennan’s collar-selling site, which now distributes its bird-saving devices to cat parents all across the world—not to mention the stylish flair that the collars give their cats.

You can read the full story of George and the Birds Be Safe collars by clicking here—otherwise, if you are interested in volunteering your own feline friend to participate in the Cat Tracker Project, be sure and visit their website for more information.