What started as a lonely graduation day for a teen in Alabama has turned into a priceless opportunity to bond with his teacher. Now, that teacher is working to get that student a car that will get him started in his adult life.

On Thursday, Bessemer City High School held its annual graduation ceremony. Dominque Moore was one of the teachers involved in coordinating the event. After the ceremony had ended, Dom was cleaning up after the festivities.

Nearly everybody had left to celebrate with friends and family, but one young man was still sitting there by himself.

“I know his moods and I knew he wasn’t himself,” Dom told AL.com. “I asked him, ‘Where are your people?’ and he was like, ‘Nobody’s here.”

Not knowing what to say at first, the teacher told him “I expect big things from you and it’s going to be OK.”

Dom assumed that someone would show up eventually to give the graduate a ride home. But nobody did. When Dom offered to drive him, neither of the two had any idea that this was to be more than just a ride home.

The teacher decided to take him out to eat—at any restaurant of his choice. They ended up at the Cheesecake Factory, and enjoyed a hearty meal and dessert to celebrate the graduate’s achievement.

At first, the two were fighting back tears. But before long, they were having a great time together. Dom never asked why the boy’s family did not attend the ceremony. What was important to him was that the young man felt appreciated for what he had accomplished.

Later that evening, Dom took to Facebook to share a photo and some thoughts on the event. He says that he doesn’t normally post about these situations, as they are all too common in his profession, but that something inside urged him to share this experience.

And, he shared his Cash App ID in the post ($mooredaeducator) for anyone who may want to be a “blessing” to this young man.

POPULAR: Uber Driver Rewarded with New Car By Jada Pinkett Smith After She Delivers Thousands of Meals to Hospital Workers

Before long, generous people—many of them strangers—had sent more than $5,000 in donations. Dom took the teen to open a bank account with the money, and is also hoping to help him buy a car, and save up to attend college one day. 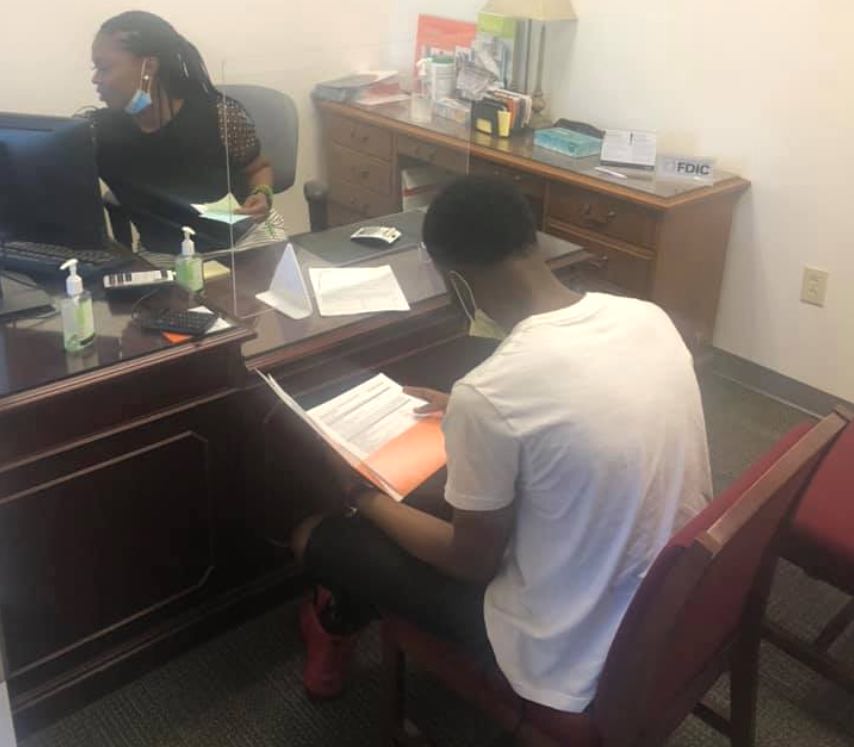 Dom hopes that the story will remind all of us what is truly important and give hope to those who are struggling. “We take people and life for granted. Even though we have bad, in this moment it shows that mankind is good.”