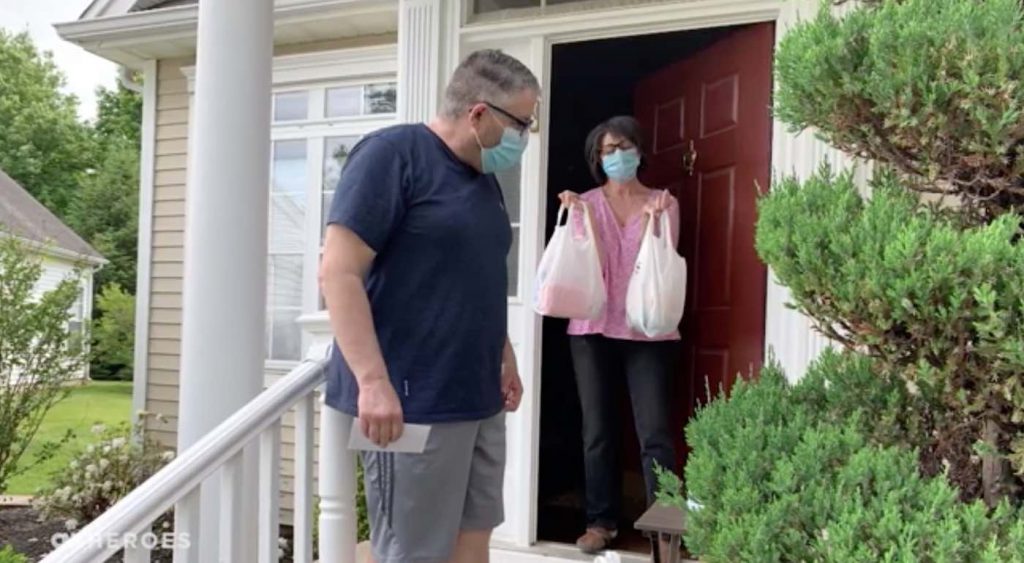 The owner of a New Jersey frame shop has been unable to operate his business since late March. But that hasn’t stopped him from taking over 500 trips to the grocery store—for free—for seniors staying at home to avoid exposure to the novel coronavirus.

Making deliveries is nothing new for Greg Dailey. He has risen at 4 a.m. every morning to deliver newspapers for the past 25 years. What had always been a second job has now turned into his main source of income—and an innovative way to be generous.

It all started when an 88 year-old woman on his East Windsor route asked him to throw the newspaper closer to her door, so that she wouldn’t have to walk far to get it. He obliged, without thinking much of it at the time. It was a few days later, in line at the grocery store, that he thought of her again.

“If she can’t walk 20 feet to get her newspaper, how is she getting groceries?’” Greg told CNN. “So, I called her and asked if she needed anything.”

Tremendously grateful for his request, she asked him to pick up one small order for her, and one for her neighbor across the street.

It was then that Greg thought about the hundreds of other senior customers along his route, and how he could make a world of difference for them. So, he decided to offer his services in a note attached to each newspaper he delivered.

The need turned out to be enormous, and before long, Greg’s wife, three children, and mother-in-law began to help in any way they could: answering the phone and taking shopping trips of their own.

His tech savvy 24-year-old daughter Erin created a spreadsheet system to keep track of the orders, right down to discount codes for each customer. While he does his best to coordinate with people via emails, Greg still accepts notes on the doors of customers who find using technology difficult.

When he’s done with his paper route for the day, Greg and Erin go shopping and make deliveries until around 7 p.m., taking only a short break for lunch. They have been working every single day since March, except for Easter Sunday.

Grueling as it may sound, Greg says that the satisfaction keeps him from feeling tired.

He hopes to reopen his frame shop this month, but even so, plans to do whatever he can to help these seniors, and he is now working with the Florida-based charity Love a Senior to start a New Jersey chapter of the organization and get others involved in his inspiring work.

His altruism has meant the world to people like Joan Coppinger, who reported, “He has a good heart and a great soul. He’s going straight to heaven.”

WATCH the April 10 video by Steve Hartman on CBS—or view it below, if you are in the US…

INSPIRE Some Kindness By Sharing With Friends on Social Media…