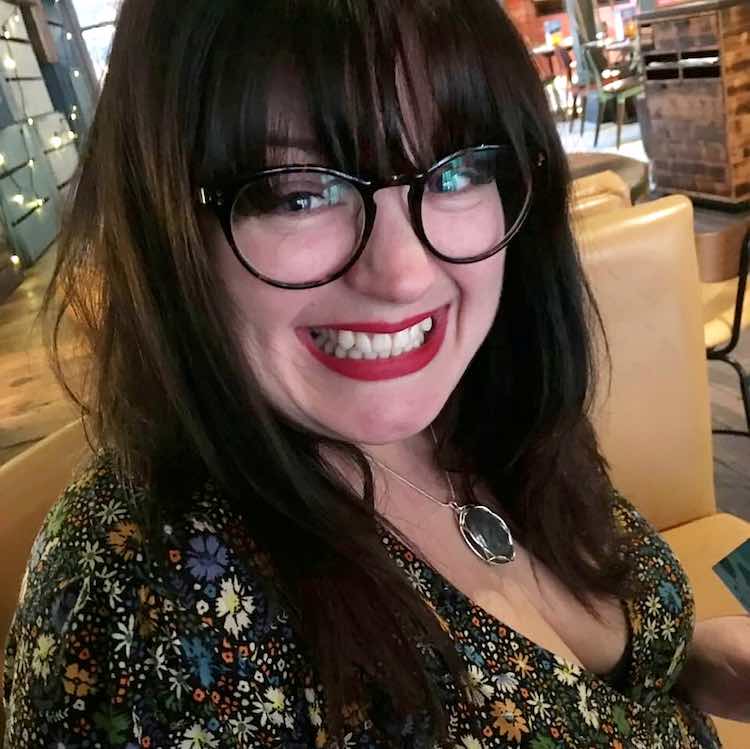 This ex-landlady who set up a virtual pub to keep people entertained during the novel coronavirus lockdowns has been forced to employ bar staffers as a means of coping with her 14,500 online customers.

Since 40-year-old Jo Bowtell launched The Virtual Pub Facebook page just over a week ago, she has been regularly hosting live music, quizzes, DJ sets, open mic, and comedy nights.

She started the page in order to bring her local English community together after running The Noel Arms in Melton Mowbray, Leicestershire for several years.

WATCH: Love in the Time of Corona—NYC Man is Now Dating His Neighbor After He Creatively Woos Her in Quarantine

However, the group has become so popular, it has attracted members from as far away as Australia, the USA, Canada, Spain, and Italy.

The flood of visitors has forced the mum-of-two to enlist the help of international staff members to keep her customers entertained when she goes to bed.

She currently has a team of ten made up of “bar staffers”, who talk to customers, and “bouncers”, who moderate the people allowed into the pub.

Hundreds of people have been sharing selfies of them enjoying a tipple from home as they tune in to watch DJ sets on a Friday night or a comedy show on a Sunday.

Bowtell, who is from Spondon, Derby, says the pub is the biggest she has ever ran—and the page has turned into a full-time job during the COVID-19 outbreaks.

“It has completely blown up. We’ve got 3,000 members just waiting for approval—it’s like there’s a queue at the door to get in,” says Bowtell. “It’s the biggest pub I’ve ever ran and I can’t believe how popular it has become.

“It started as just a way for locals in Melton Mowbray who knew the pub to keep in touch,” she added. “Now, I’ve got people in Hawaii tuning in to watch a DJ set and people stranded in Italy watching comedy nights with their mum in Britain.

“It’s really nice to be able to bring people together in these difficult times in the most British way possible. It is pretty much like going to a pub, but doing it from your living room or back garden.

“It’s keeping communities entertained and friends and family connected together. It is like running an actual pub without the hassle of serving the booze.

“I have to delegate jobs to my team,” she continued. “I’ve had to ask a friend in Australia to moderate the page throughout the night to make sure there’s entertainment for patrons 24/7. I have people looking after the technical side of things and others doing online tutorials for new users.

MORE: 20 Dutch Musicians Weave Together Beethoven’s Best Melody From Their Own Homes—And the Results Are Glorious

“I’ve got moderators, who are like bouncers vetting who can come in, and the bar staff chatting to people over a virtual bar counter.

“A bit closer to the nucleus of the idea is a landlady of a pub in Melton is offering to deliver drinks to people. But most people are just drinking from home.

“We’re encouraging people to drink responsibly though. We have coffee mornings as well.”

“As a landlady you tend to be a pillar of the community, who people turn to in times of need. You’re there for the good, the bad and the ugly,” pondered Bowtell. “You almost have a moral obligation, the pub is an extension of the home for most people, but now their homes are the extension of the pub.

“There are key workers getting in from work at odd hours and it is a way to connect with people.

“We keep it light-hearted and there’s a lot of banter but I don’t tolerate bad language or derogatory comments. I’m a bit of an old-school landlady like that.

“But it means I need a team of people to moderate the page, and arrange artists to perform. We even have a private ‘green room’ group. Its like running a TV station.”

Music and quiz nights have been running through Facebook live video feeds, with answers posted in the comments.

Last Sunday, a comedy night was hosted by four performers communicating through Skype, which they filmed on YouTube and posted to the page—and this weekend, a Jo Wicks-style boot camp was hosted in the morning, followed by a cocktail-making class in the afternoon and live music and a quiz in the evening.

Performers have been able to share their PayPal details with viewers who can donate if they choose to.

There is even a “thought of the day” from 101-year-old Gentleman Jim: the stereotypical “old man in the corner who will sit with his half a pint of mild.”

“Everyone is buying into it as they can sit at home and be entertained as if they are in the same place. It is a haven,” says Bowtell. “Some members of the page have been playing it through their television. So its like having the pub singers right in your front room.

“Everyone seems to be really happy with it and I feel like something positive is happening in the world. I’m not doing it for profit and the team are working voluntarily.

“In such bleak times, it is important to find a positive—and with all the bad news going around I think it really puts a smile on people’s faces.”

37-year-old customer Dawn Richardson said: “It is keeping me entertained all day. I just love it. It has brought people together.”