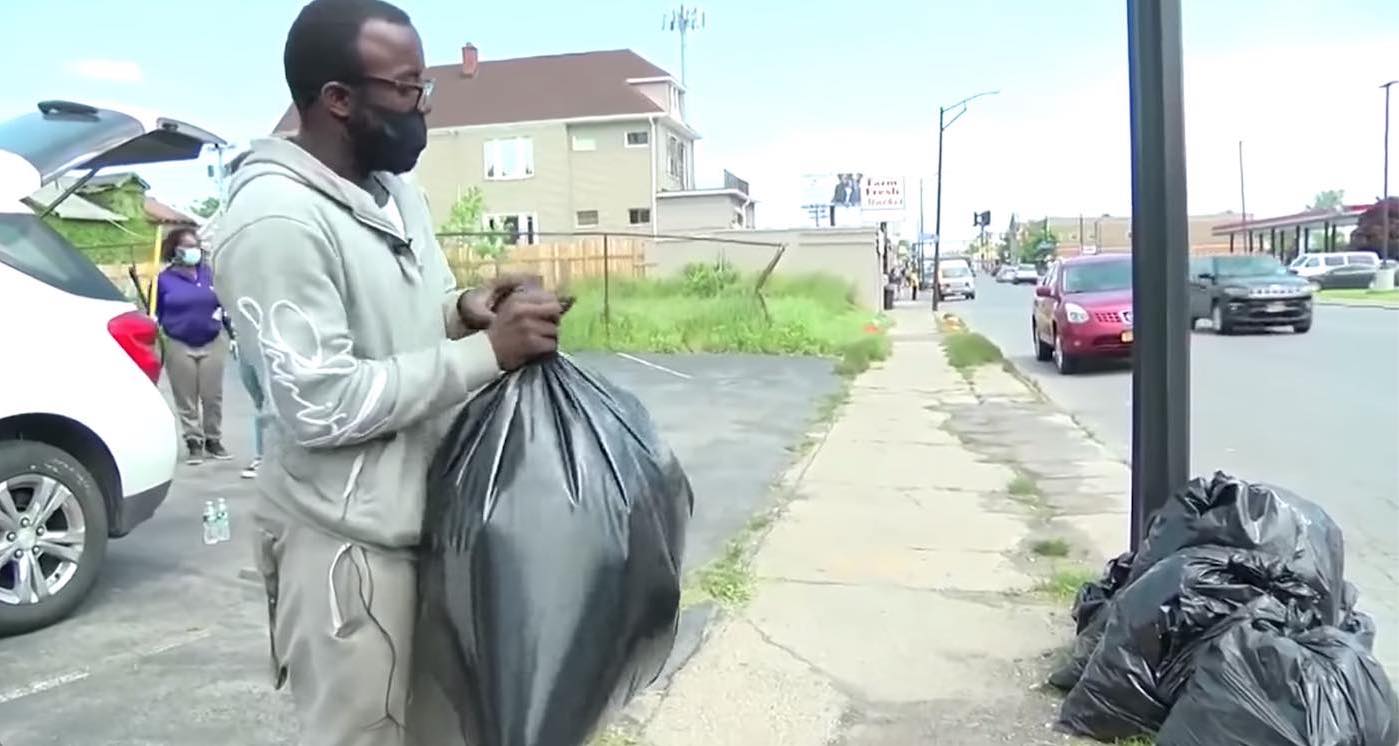 A high school senior from Buffalo, NY was dismayed to see the damage caused by protests in his hometown. He didn’t waste a minute more on worrying, though, and instead began cleaning it up—starting at 2 AM and continuing for 10 straight hours.

Now, his community is handsomely rewarding him for his good deed.

Antonio Gwynn Jr. didn’t give much thought to his positive actions. He just wanted to make sure that people would have no trouble commuting to work the next morning. After seeing the damage on the news, he simply decided to get out there and help on the spur of the moment.

When an organized cleanup crew arrived at Bailey Avenue the next morning to begin clearing away the damage, they were pleasantly surprised to see that Antonio had already done most of the work.

Word of what Antonio did spread fast, with a news report airing on WKBW-TV. When Matt Block saw the report, he knew what to do with a 2004 Mustang convertible that he had previously been reluctant to part with.

“I couldn’t come to grips with selling it and this was a good way for me to get rid of it and know someone that gets it is going to appreciate it,” Matt told a reporter.

The car turned out to have more meaning to Antonio than Matt could have ever imagined. Anthony’s mother, who passed away in 2018, also drove a red Mustang. Antonio told CNN that he was so shocked by the coincidence that he “didn’t have any words,” and Block said it gave him “goosebumps.”

A local insurance agent has promised to cover the cost of Antonio’s insurance for a year.

Before this week, Antonio had intended to begin attending trade school in the fall, with the goal of saving up enough money for college. Now, he has been offered a full scholarship to Madaille College. He was beside himself when he heard the news.

POPULAR: Since Pandemic Closed His Business, New Jersey Man Has Made Over 500 Shopping Trips For Seniors

Antonio, who is involved in many community projects at church and with Kappa Phi, said that—although he is grateful for the gifts of help—above all, he hopes that his actions have made his late mother proud.

SHARE the Inspiring Story of Positive Youth on Social Media…