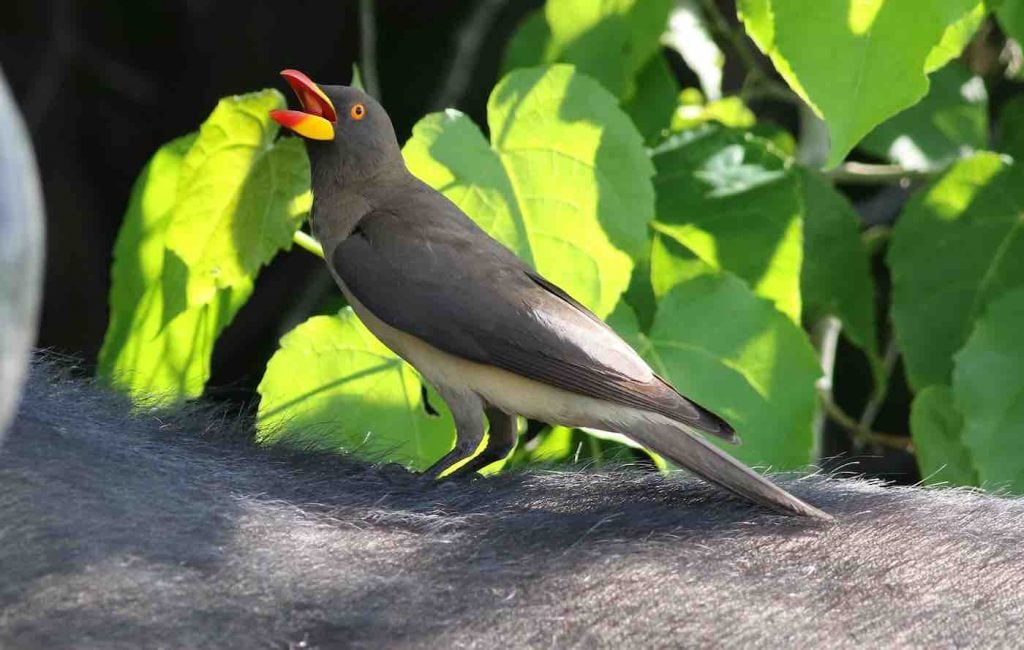 Symbiotic relationships in nature are fascinating—and even common. The flower produces nectar so that insects which drink it will be coated in its pollen and carry it to other flowers—both species perform a service for the other in exchange for something they value more.

However, one iconic symbiotic relationship—between the rhino and the oxpecker—may be providing rhinos with a lifesaving early warning system to alert them to the presence of nearby poachers.

Poaching is famously hard on rhinos, but the red-billed oxpecker, a bird which you may have seen riding on large mammals like buffalo and rhino while feeding on the parasites that cling to them, may actually be providing alarm calls to help rhinos escape such dangers.

Whether the oxpecker is alerting the rhino or other oxpeckers of the danger is unclear, but interpreting and relying on other animal signals is a behavior that’s well-documented in nature.

While the rhino has good senses of smell and hearing, they have poor eyesight, and if you stay downwind of the great beasts, you can actually get quite close without being detected—unless there is an oxpecker on its back.

The bird’s Swahili name Askari wa kifaru, which translates to the ‘rhino’s guard,’ gives us a clue to the timelessness of Plotz’s theory, which he proved correct in a research paper.

While writing his doctoral thesis on the black rhinoceros, Roan Plotz contemplated how the endangered species might avoid humans. According to a feature in National Geographic, Plotz noted that most rhinos he was observing didn’t have oxpeckers on their backs, which make hissing alarm calls whenever danger approaches.

Rhinos accompanied by oxpeckers successfully detected humans and demonstrated more physical signs of wariness at the approach of a human than those that were not accompanied by their feathered friends.

CHECK OUT: For the First Time in 240 Years, White-Tailed Eagles Spotted Flying Over England

A mathematical analysis of all the research conducted showed a 40-50% reduction in sightings of rhinos when they were accompanied by oxpeckers.

Plotz suggests that reintroducing more oxpeckers into places with high-levels of poaching could potentially help reduce the number of rhinos poached. Another idea is to curb the use of pesticides, which are sometimes used directly on the fur of livestock to prevent the buildup of parasites. These chemicals have in some places extirpated the red billed-oxpecker who depend on the parasites of these livestock for food.