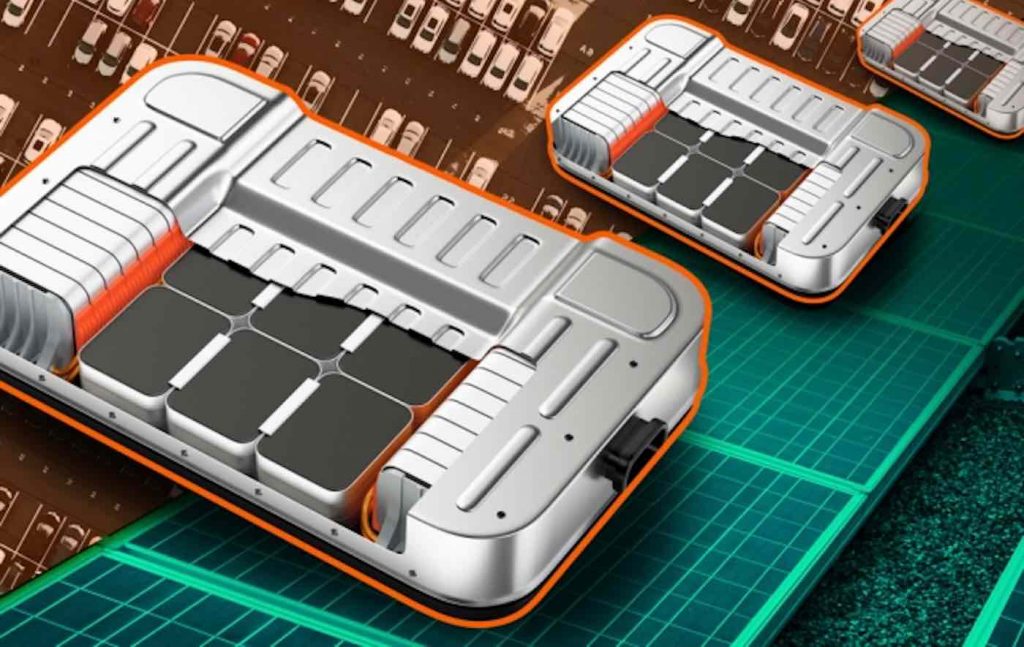 As electric vehicles rapidly grow in popularity worldwide, there will soon be a wave of used batteries whose performance is no longer sufficient for vehicles that need reliable acceleration and range.

But this new study shows that these batteries could still have a useful and profitable second life as backup storage for grid-scale solar photovoltaic installations, where they could perform for more than a decade in this less demanding role.

The study, published in the journal Applied Energy, was carried out by six current and former MIT researchers, including postdoc Ian Mathews and professor of mechanical engineering Tonio Buonassisi, who is head of the Photovoltaics Research Laboratory.

As a test case, the researchers examined in detail a hypothetical grid-scale solar farm in California. They studied the economics of several scenarios: building a 2.5-megawatt solar farm alone; building the same array along with a new lithium-ion battery storage system; and building it with a battery array made of repurposed EV batteries that had declined to 80 percent of their original capacity, the point at which they would be considered too weak for continued vehicle use.

They found that the new battery installation would not provide a reasonable net return on investment, but that a properly managed system of used EV batteries could be a good, profitable investment as long as the batteries cost less than 60 percent of their original price.

The process might sound straightforward, and it has occasionally been implemented in smaller-scale projects, but expanding that to grid scale is not simple, Mathews explains. “There are many issues on a technical level. How do you screen batteries when you take them out of the car to make sure they’re good enough to reuse? How do you pack together batteries from different cars in a way that you know that they’ll work well together, and you won’t have one battery that’s much poorer than the others and will drag the performance of the system down?”

MORE: These New Solar-Pavement Driveways Made of Plastic Bottles Can Power the Average Household

On the economic side, he says, there are also questions: “Are we sure that there’s enough value left in these batteries to justify the cost of taking them from cars, collecting them, checking them over, and repackaging them into a new application?” For the modeled case under California’s local conditions, the answer seems to be a solid yes, the team found.

The study used a semiempirical model of battery degradation, trained using measured data, to predict capacity fade in these lithium-ion batteries under different operating conditions, and found that the batteries could achieve maximum lifetimes and value by operating under relatively gentle charging and discharging cycles — never going above 65 percent of full charge or below 15 percent. This finding challenges some earlier assumptions that running the batteries at maximum capacity initially would provide the most value.

“I’ve talked to people who’ve said the best thing to do is just work your battery really hard, and front load all your revenue,” Mathews says. “When we looked at that, it just didn’t make sense at all.” It was clear from the analysis that maximizing the lifetime of the batteries would provide the best returns.

How long will they last?

One unknown factor is just how long the batteries can continue to operate usefully in this second application. The study made a conservative assumption, that the batteries would be retired from their solar-farm backup service after they had declined down to 70% of their rated capacity, from their initial 80% (the point when they were retired from EV use). But it may well be, Mathews says, that continuing to operate down to 60% of capacity or even lower might prove to be safe and worthwhile. Longer-term pilot studies will be required to determine that, he says. Many electric vehicle manufacturers are already beginning to do such pilot studies.

“That’s a whole area of research in itself,” he says, “because the typical battery has multiple degradation pathways. Trying to figure out what happens when you move into this more rapid degradation phase, it’s an active area of research.” In part, the degradation is determined by the way the batteries are controlled. “So, you might actually adapt your control algorithms over the lifetime of the project, to just really push that out as far as possible,” he says.

CHECK OUT: For the First Time, U.S. Renewable Energy Surpasses Coal Every Day For An Entire Month

“A lot of states are really starting to see the benefit that storage can provide,” Mathews says. “And this just shows that they should have an allowance that somehow incorporates second-life batteries in those regulations. That could be favorable for them.”

A recent report from McKinsey Corp. shows that as demand for backup storage for renewable energy projects grows between now and 2030, second-use EV batteries could potentially meet half of that demand, Mathews says. Some EV companies, he says, including Rivian, founded by an MIT alumnus, are already designing their battery packs specifically to make this end-of-life repurposing as easy as possible.

Mathews says that “the point that I made in the paper was that technically, economically, … this could work.” For the next step, he says, “There’s a lot of stakeholders who would need to be involved in this: You need to have your EV manufacturer, your lithium ion battery manufacturer, your solar project developer, the power electronics guys.” The intent, he says, “was to say, ‘Hey, you guys should actually sit down and really look at this, because we think it could really work.’”

Reprinted with permission from MIT News