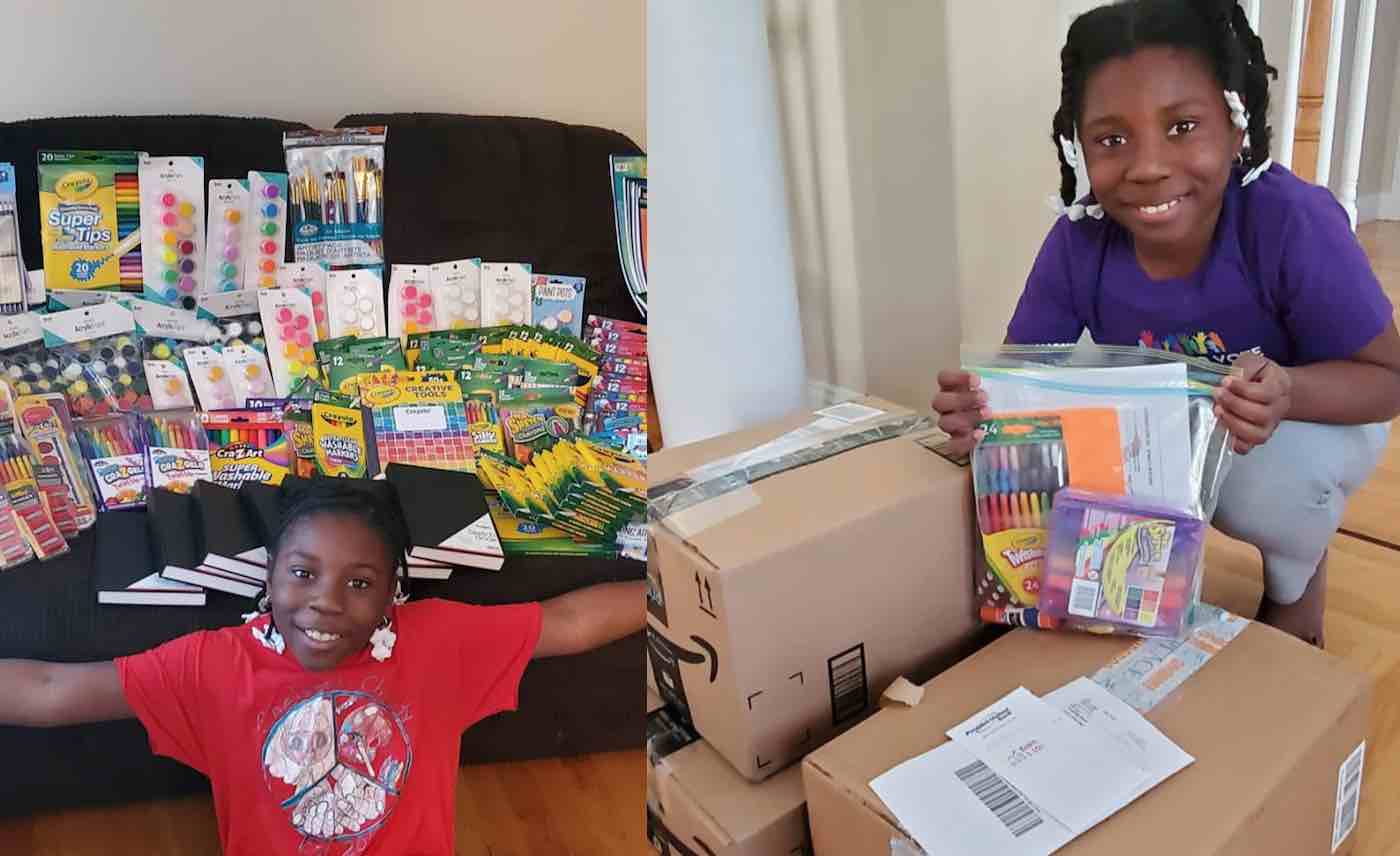 This 10-year-old girl has singlehandedly managed to give the gift of art and joy to more than 1,500 kids in foster care and homeless shelters during the COVID-19 shutdowns.

Chelsea Phaire is the mastermind behind Chelsea’s Charity—a nonprofit that she started with her parents back in August 2019 as a means of donating art kits to at-risk children.

“Since she was seven, she was begging me and her dad to start a charity,” Chelsea’s mom Candace Phaire told CNN. “She was so persistent, every couple of months she would ask, ‘Are we starting Chelsea’s Charity yet?’ When she was turning 10, she asked us again, and we decided it was time to go for it.”

WATCH: Instead of Selling Lemonade, Boy Sets Up ‘Drive-By Joke Stand’ to Spread Laughter During Quarantine

As a means of inaugurating the charity on her birthday, Chelsea asked people to give her art supplies instead of birthday gifts. After that initial batch of donations helped to supply several dozen art kits for children in need, Chelsea continued her efforts by collecting supplies for the kits through her charity’s Amazon wishlist.

The tenacious sixth grader from Danbury, Connecticut has since donated donated hundreds upon hundreds of art kits to homeless shelters, women’s shelters, and schools impacted by gun violence in 12 US states.

Each of the kits are filled with crayons, gel pens, coloring books, paper, and colored pencils. Although the COVID-19 shutdowns prevented the youngster from handing out the kits in person, she has still managed to give away an additional 1,500 art kits since quarantine began.

Chelsea told CNN that she hops her kits can offer children the same sense of therapy and comfort that they brought to her when she was grieving the death of a family friend as an 8-year-old.

“I feel good inside knowing how happy they are when they get their art kits,” she told the news outlet. “I have definitely grown as a person because of this. Now my dream is to meet every kid in the entire world and give them art. Who knows, maybe if we do that and then our kids do that, we’ll have world peace!”