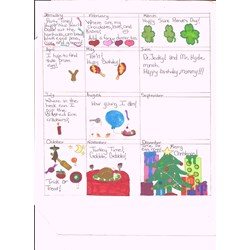 Have you ever noticed that with the constantly slipping economy, there have been more stores that have discontinued their layaways? Walmart is an example. This particular store stopped having layaways almost three years ago.
Except last year, they allowed a very short layaway just for the Christmas season. Nowadays, one of the few stores that still have layaways is K-Mart. K-Mart is pretty cool. I just hate the fact that there are not enough K-Marts around anymore. Back in 1998, Target stopped having their layaway program (where I lived at the time, anyway).
Thank God Cato’s still has one! However, one has to put too much down! Layaway is great. To me, it’s almost like having a credit plan or an account without being able to take the merchandise home with you. It’s even kind of like opening up a bank account, but without extra monthly fees, and in the end you’re getting your merchandise.
The bad thing about layaway is the fact that these days, one is given less time to have the merchandise in layaway. Another bad thing about it is the fact that an unpredictable event may occur, causing the customer to not be able to pay on the layaway anymore.
There are also multiple reasons as well. The inability to pay for the layaway is also hard on the company who allows the layaway. Imagine the money that has to be given back when the deadline for pick up has not been met.
Sometimes the customer also loses a percentage of the money that was put down. That’s a loss as well. What’s really bad is if and when this happens to a person who cannot pay for their layaway that is supposed to be out for Christmas. Imagine the explanation that has to be given to the ones who are not given a Christmas.
It’s too bad that there aren’t layaways where one can put money down the same day, take the merchandise with them, and pay for it like a regular layaway. And, it’s too bad that K-Mart doesn’t have a 12 month layaway. For that matter, neither does Walmart nor most of the other big named chains.
Providing this kind of time frame for layaways may make a difference in sales. Layaways also help some people who are preparing to put their children in school for the next school year. Clothes are really getting expensive these days. This even includes baby clothes. Thank goodness for layaways.