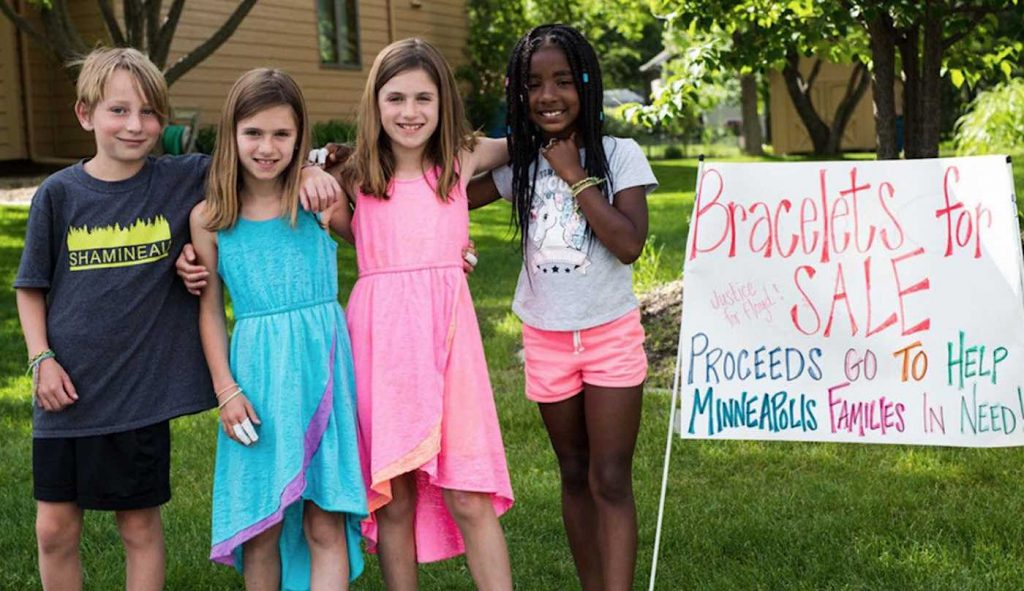 Some unlikely heroes in Minneapolis have raised $100,000 to support black-owned businesses and neighborhoods—and they’re only 9-years-old.

It all started one day when Kamryn Johnson and five of her friends were bored. So, in order to have a little bit of fun, they had the bright idea to sell some bracelets. Rather than just keep the money for themselves, Kamryn’s mom suggested it would be nice to do something positive for others—and the kids agreed. “Kamryn & Friends: Bracelets for Unity and Justice” was born.

The kiddos hoped to make a small impact with their enterprise, but since May 30, these altruistic children have managed to raise almost $100,000.

Just in time for Father’s Day in the U.S., Kamryn’s dad is super proud.

“She made over $800 the first day,” her dad, former NFL player Ron Johnson, told WCCO News. “She has blisters on her fingers now; she’s been working hard.”

Small business owners in Minneapolis have been hit hard in recent months. First, the coronavirus pandemic shut them down for more than a month. Then, violence following the death of George Floyd resulted in damage and looting. The money raised by Kamryn and her friends will deliver welcome aid to those trying to get back on their feet.

Even though the bracelets cost $5, people have paid $20, $50, even $100 to support the cause. In addition to selling bracelets—each woven with different colors—they have collected online donations on a GoFundMe campaign that has tallied $46,000.

A portion of the money raised will go towards providing food and household supplies to those in need. Beneficiaries include the Sanctuary Covenant Church’s food drive, and the Kyle Rudolph food and supply Drive.

WATCH: Here’s a #TBT Video of a Toddler Hugging Strangers to Keep You Company During Social Distancing

What Ron is most proud of, though, lies beyond the world of good his daughter and her friends have done for local businesses and charities. They’ve managed to get people talking about things that matter.

“Day after day, we’re having impactful conversations with so many people,” Ron told CNN. “So many of our community members have come by to drop off supplies, or just talk about things like racism and injustice, stuff that we don’t talk about very often,” Ron said.

It just goes to show that, even in times of adversity, we can all make an impact and do our part to create a better world—and children can be the exceptional example.

MULTIPLY the Good By Sharing the Story on Social Media…