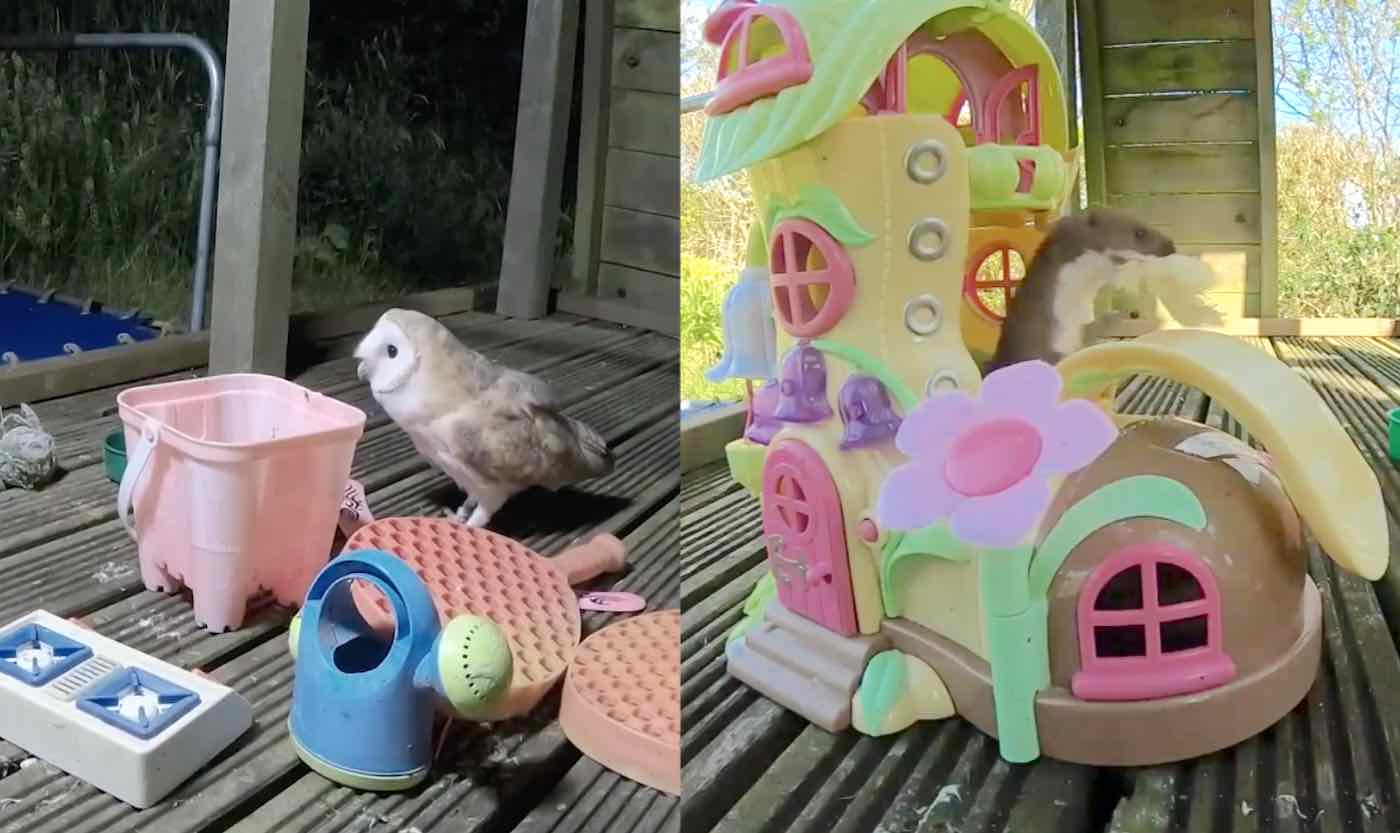 When English wildlife photographer Robert Fuller bought a secondhand playground for his daughters, he assumed that they would be the only ones to put it to good use.

Over the course of the last few years, however, Fuller has spotted a number of different animals playing on the jungle gym.

As a means of capturing the furry visitors in action, he set up several hidden cameras around the play set—and the results are adorable.

Fuller’s camera footage shows the playground being visited by weasels, hedgehogs, badgers, owls, deer, songbirds, and even a family of stoats.

The play frame is located in the family’s 3-acre garden along with a miniature trampoline, a shoe-shaped doll house, watering cans, and an old sand castle bucket—all of which have been used by the visiting wildlife.

“I decided to fit cameras and lighting to the climbing frame to capture more animals using it,” said Fuller, who is from Thixendale, North Yorkshire. “It wasn’t until I started to review the footage that I realized just how many animals and birds were enjoying the play frame.

WATCH: Belgian Man Strikes Up Friendship With Owl Family After They Discover Mutual Love of Television

“It has been in place for six years now, and in that time it has given me, my girls and a host of wild species so much pleasure—especially recently when we’ve been in lock-down.

“I see it providing fun for many more years to come too. I’ve yet to see any animal find a use for its bright yellow bumpy slide, but you never know!”

(WATCH the amusing video below)