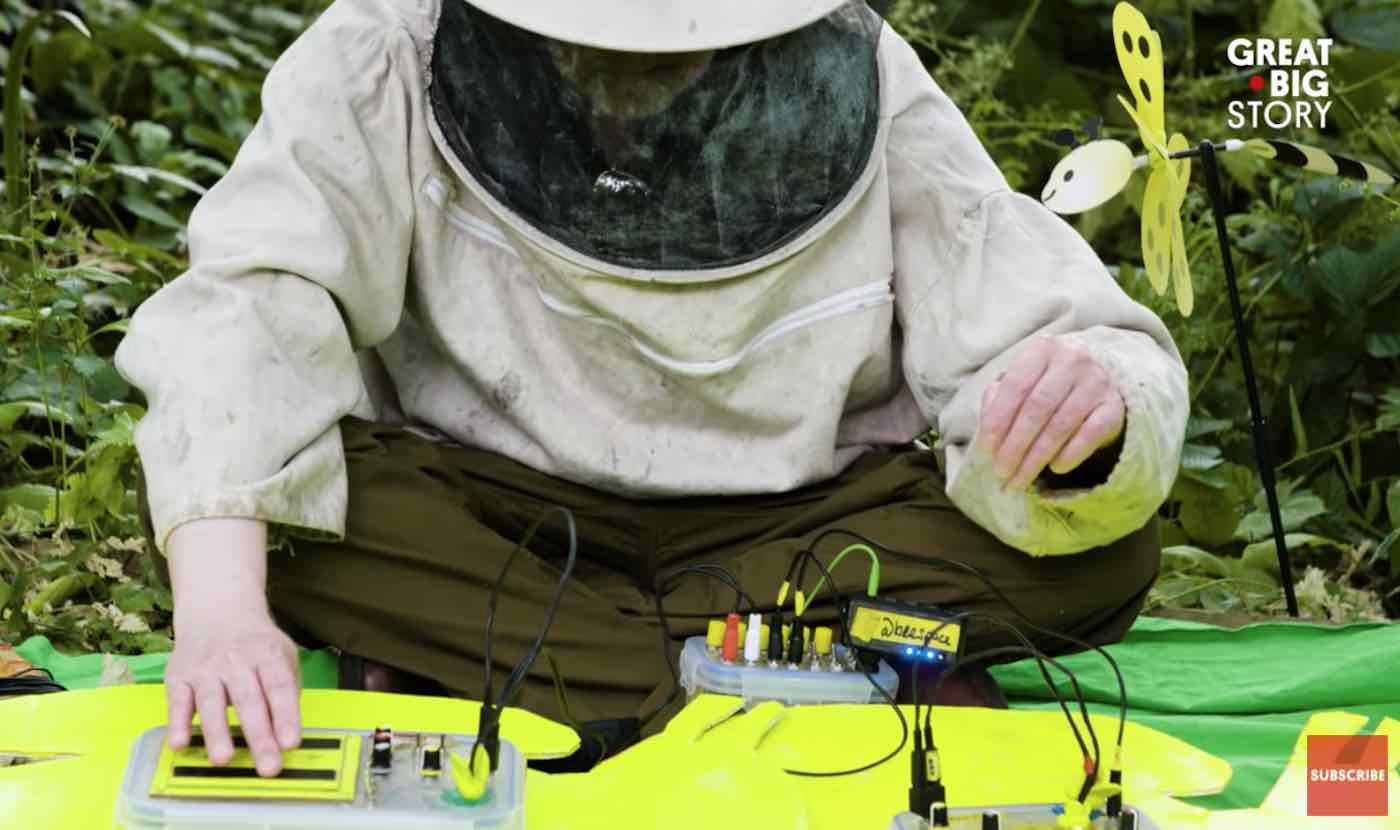 Although many young people may be a-buzz about whatever pop musicians are on the weekly top 40 charts, this beekeeper has made a name for himself by using his electronica music to raise awareness about dwindling honeybee populations.

Not only that, all of his electronic music is made using sounds that he has recorded from within his very own hives.

For the last 20 years, mysterious London-based beekeeper and musician Bioni Samp has been using his own equipment to research and record the various sounds of his honeybee hives.

Bioni then mixes the sounds to make experimental music that is entirely played by his bees.

In addition to only identifying himself by his Bioni alias, he has played shows around the world all while keeping his face hidden by an antique beekeeper’s suit.

Bioni hopes that his music will help young people to think about their impact on struggling pollinator populations—and considering his social media followings on YouTube, Spotify, and Bandcamp, his mission has been fairly successful.