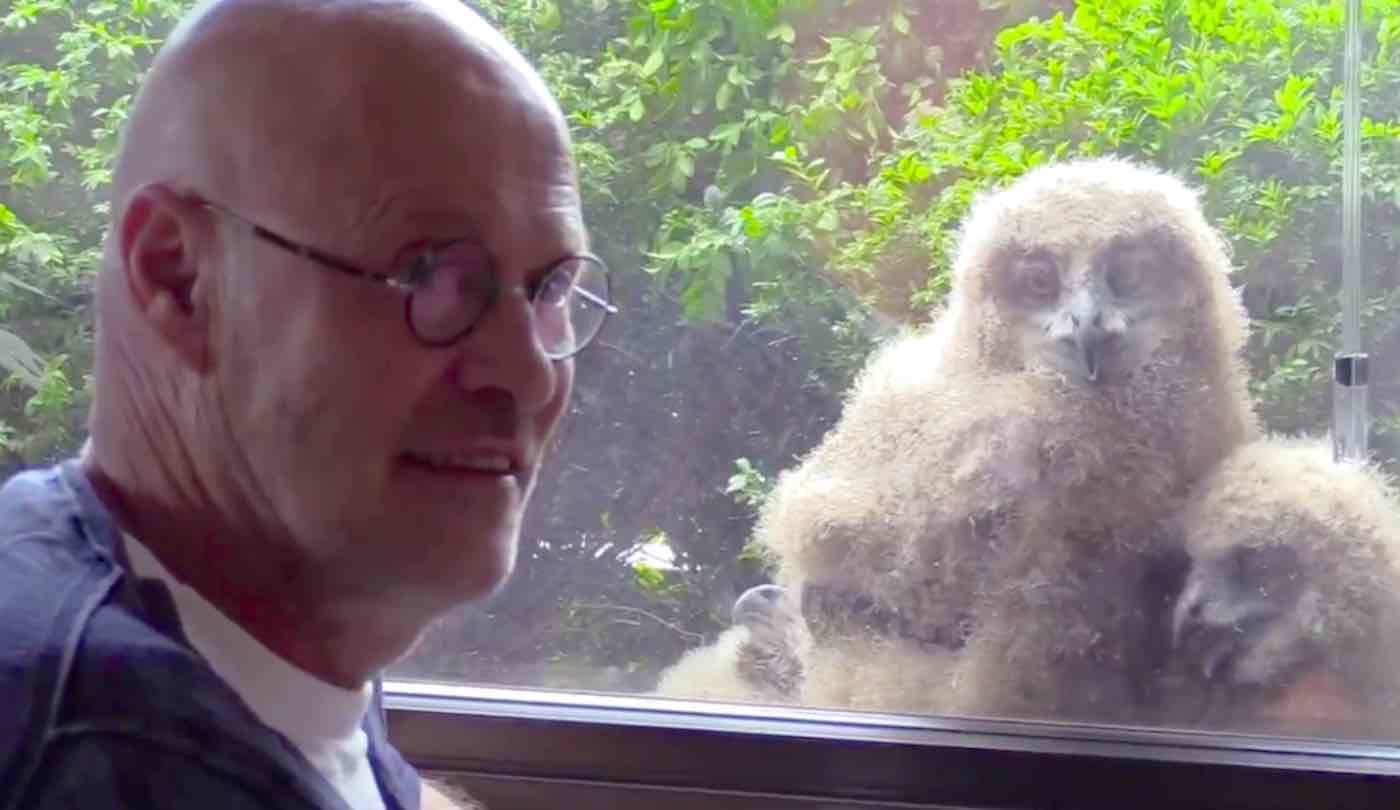 A Belgian man has managed to strike up a friendship with an unlikely new family living outside his window.

When Jos Baart initially heard noises coming from the planter outside his 3rd-story apartment window two months ago, he assumed that he was being visited by pesky pigeons.

To his surprise, Baart arrived home one day just in time to see an enormous Eurasian eagle owl taking flight from his balcony. Upon investigating his planter a little closer, he was shocked to find three fluffy baby owls staring back at him.

Eurasian eagle owls hold the Guinness World Record for being the largest owl in the world with a wingspan of about 1.5 meters (roughly 5 feet). The three baby owls in Baart’s planter are expected to reach full maturity after four months of nesting—but until then, they have found a great amount of entertainment in watching television with Baart.

WATCH: This Hacker Built a Vending Machine for Crows as an Ingenious Response to a Cocktail Party Argument

In an interview with Dutch television show Vroege Vogels—or Early Birds in English—Baart says that the chicks will often watch his television from the window for hours at a time.

Although the mother is still relatively wary of Baart, the chicks have been more than happy to spend their afternoons around their human neighbor.

The feeling is mutual, too—Baart told the Dutch reporters that he hopes the owls will return again next year.

“Yeah, bring them on!” he exclaimed. “As long as they’re not pigeons.”

(WATCH the endearing news coverage below)

We could hardly believe it when we got a message from Jos Baart telling us that Europe’s biggest owl, the Eurasian eagle-owl, had made a nest in a planter in front of his window. Not only that, she had also hatched three giant chicks!#vroegevogels #springwatch #owl pic.twitter.com/gz1odkFLYC