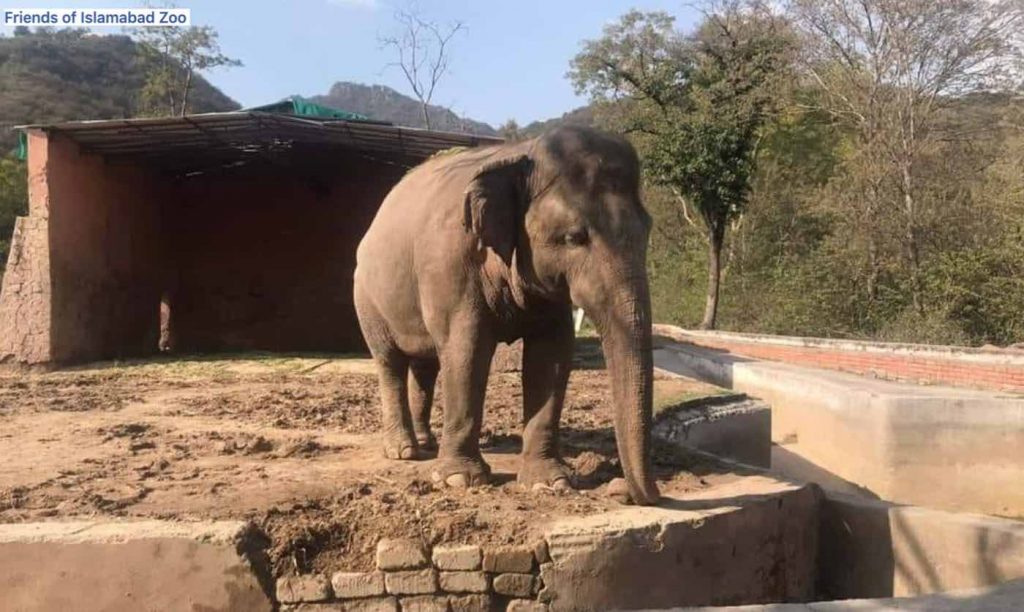 An elephant at the Murghazar Zoo in Islamabad, is set to be freed thanks to a May 21 ruling by the Pakistan High Court.

Pop icon Cher, who advocated for four years on his behalf, calling him “the world’s loneliest elephant”, is celebrating the news.

“THIS IS ONE OF THE GREATEST MOMENTS OF MY LIFE,” she tweeted.

Since at least 2016, animal rights groups have worked tirelessly for the release of Kaavan, a 33-year old Asian elephant from Sri Lanka, whose only playmate died eight years ago in the zoo.

To facilitate the court’s ruling, Pakistan’s Islamabad Wildlife Management Board (IWMB) is working to—at last—find him a “suitable sanctuary”.

“The pain and suffering of Kaavan must come to an end by relocating him to an appropriate elephant sanctuary,” the court wrote in its ruling.

The world was mobilized into action, sending petitions to the Pakistani government, after photos showed the elephant living in terrible conditions, sometimes chained.

The IWMB has assembled an eight-member committee to arrange the relocation of Kaavan. Members include WWF senior director Rab Nawaz, biodiversity specialist Z.B. Mirza, an Islamabad Zoo veterinary officer, IUCN’s Nilanga Jaysinghe, and co-founder of Save the Elephant Foundation Derek Thompsan, according to a June 6 report by Gulf News.

MORE GOOD NEWS: African Elephant Poaching Has Fallen By More Than 50% Over the Course of the Last 6 Years

The court had also directed that all the other remaining animals be moved to temporary sanctuaries within 60 days—including brown bears, lions and birds—while the zoo improves its standards, reported Al Jazerra.

Kaavan first came to Pakistan at the age of 1, as a gift for the country’s leader at the time. Since his companion Saheli died in 2012, he has not been able to enjoy the company of other elephants. His release will give him the opportunity to live out his life among a social group of his peers.

WATCH: Orphan Elephant Conquer His Fear of Water With Help From His Loving Human

Cher sent one of her representatives to the zoo in 2016 to advocate for Kaavan. That same year, she also advocated for human rights by delivering water to Flint, Michigan, during its drinking water crisis.

The pop star is incredibly thankful that hers and others’ efforts have paid off. “It’s so emotional for us that I have to sit down,” she wrote.