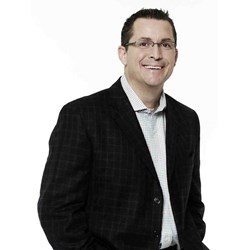 It is no secret that the Federal government is continuing to rack up debt at a breakneck pace. The issue of government debt has been debated intensely for months now—during the presidential election, during the “fiscal cliff” negotiations in December and this month during the discussion related to raising the debt ceiling.

It’s only proper that our deficit receives so much attention from our politicians, because many analysts believe that the skyrocketing debt is the biggest threat to the future of our nation. The only problem is, despite the attention that the issue has gathered, nothing has been done about it.

The election produced a victory for President Obama, who has stated that he wants to reduce the deficit, but has yet to actually do anything about it. The fiscal cliff debate produced a weak stalemate which raised taxes while doing virtually nothing about the long term deficit and, just this week, congress decided to put off the debt limit negotiations for another three months. Many observers were hopeful that this would be the moment where the deficit would be addressed, but that isn’t going to happen.

The GOP-controlled House voted 285 to 144 to comfortably pass a three-month extension in the government’s borrowing authority just as Senate Democratic leaders suggested they would take up and pass the legislation as soon as they could.

The vote early Wednesday afternoon by the House would forestall a default on the national debt. The Treasury Department had warned that the government would exhaust its authority to borrow to finance its existing obligations by the middle of February.

The bill, which Republican leaders unveiled last week, would suspend the debt limit through May 18 and require both the House and the Senate to produce and pass a budget resolution in the meanwhile, with a deadline of April 15. If either chamber fails to pass a budget, its pay would be put into escrow – “No Budget, No Pay” goes the newly-minted Republican slogan to describe this strategy.

“It’s time for Congress to get serious about this,” Boehner said of the mounting national debt during a speech on the House floor ahead of the vote, “and this is the first step in an effort to bring real fiscal responsibility to Washington.”

Republicans settled upon the strategy in the face of criticism from President Barack Obama that another round of brinksmanship over the debt limit would threaten catastrophe for the economy.

Why does this matter to you? Because quite simply, in order to pay their bills, the government is going to have to borrow and print more money than ever before and because the market is flooded with dollars, the value of your dollars decreases. In other words, inflation threatens to wipe away everything you’ve saved.

Your life’s savings, your decades of disciplined investing… all wiped away by inflation. Now, we obviously hope that our leaders can find a solution. But, given the dysfunction we’re seeing from both parties in Washington, do you really want to bet on it?

The good news is that we can help. You CAN out-fox inflation! Don’t risk running out of money during your retirement. Protect your assets against the corrosive power of inflation and the danger of increased taxes. Email Millie, our Client Concierge, at [email protected] or phone her at (866) 998-7699.  Please provide Millie with the two best times to contact you. Due to the continuing economic volatility, we are currently experiencing a high volume of inquiries. Providing two contact times will insure that she is able to reach you.