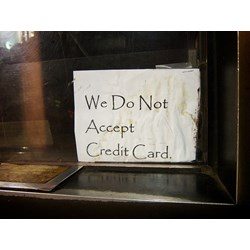 Illinois Senator Richard Durbin filed a brief this recently with the U.S. District Court in Washington, D.C. expressing his support of a pending lawsuit filed by retailers to challenge the Federal Reserve Boardâ€™s ruling on the Amendment bearing his name designed to reduce regulated debit card issuersâ€™ interchange income.

The senator called the final rule, influenced by intense banking industry campaigning for better terms, and significantly modified from the preliminary rule in late 2010, a deviation â€œfrom the plain text and intent of the statute that Congress had enacted.â€

He states that the board exceeded its authority and also failed to properly implement the network-exclusivity provisions contained within the amendment, calling for the court to pronounce the rule noncompliant and instruct the Fed to make the necessary revisions.

The Intension of Capping Interchange Costs

Durbin further noted that the Fed allowed issuer costs that are not permitted under the Dodd-Frank statute, such as for fraud losses, fraud monitoring, and fixed costs, with the senator indicating that fraud monitoring costs are only acceptable when issuers demonstrate effectiveness in monitoring.

The 2010 preliminary rule was slated to cut interchange income by over 70%, but the Fed later weakened its position, adopting both a less restrictive interpretation of the amendmentâ€™s provisions and cutting interchange income by only approximately 50%. Thus, the board established the interchange cap at 21 cents plus 0.05% of each sale with a fraud prevention adjustment of one cent.

The amendment was intended to cap debit card interchange costs where more than $10 billion in assets were issued and outlaw exclusive deals, requiring debit card issuers to provide at least two unrelated networks for processing so that a transaction could be routed through at least one unaffiliated network, which the Fed also failed to enforce as part of the final rule.

Durbin said that he isnâ€™t requesting that the Fed necessarily make two signature networks mandatory for every card, but that an alternative solution might be to overrule Mastercard and Visa credit card processing rules that do not permit signature transaction networks to process PIN-debit transactions, and vice versa.

Merchant groups and retail trade associations rose up in opposition against the ruling in November, including the National Retail Federation, the NACS convenience-store trade group, the National Restaurant Association, the Food Marketing Institute, Miller Oil Co., and Boscovâ€™s Department Store, LLC, who are all named as plaintiffs in the suit.

Trish Wexler, spokesperson for the Electronic Payments Coalition (EPC), a lobbying group that represents the interests of banks, card issuers, and payment processing networks, commented that â€œItâ€™s remarkable that Senator Durbin is pushing for moreâ€ even though a Fed report was issued showing that the reduction in debit card interchange costs has resulted in a savings for retailers of $8.4 billion. The coalition claimed â€œThe merchants promised to lower prices if Congress capped interchange fees, but consumers havenâ€™t seen any benefit whatsoever.â€

The senator’s brief further informed the court that the Fedâ€™s final rule was in spite of the fact that â€œa bipartisan majority in Congress had already considered and rejected the arguments of the financial-services industry in voting to enact the Durbin Amendment,â€ designed to boost the economy by helping struggling retailers and small businesses that accept credit cards.