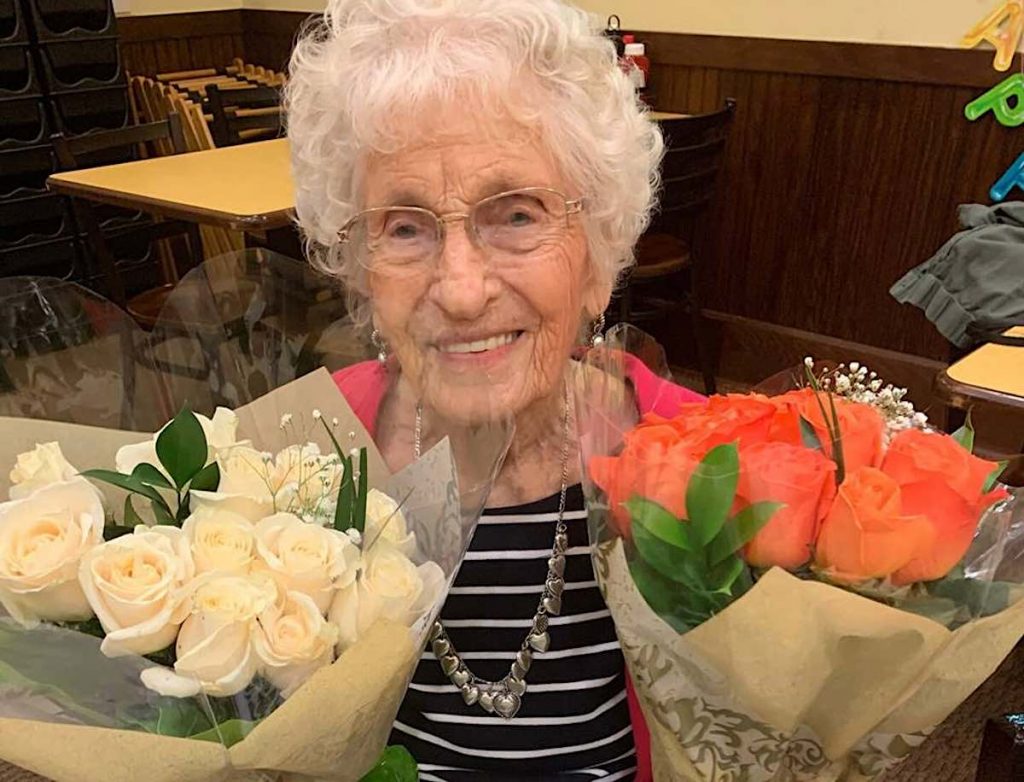 People in their golden years have lived through a lot of difficult times. Most remember the six grueling years of World War II, and the rejoicing 75 years ago today when the Nazis surrendered.

People made sacrifices—and weddings were postponed.

Lucille Ellson of Orlando knows a lot of people are in a panic about their weddings, and sees parallels between today and WW II, especially: She was supposed to be married in 1942, but then came the attack on Pearl Harbor and her fiancé enlisted to fight. Their marriage would have to wait.

Maybe living through war and depression strengthens the spirit—because GNN has been logging a lot of reports from around the world about seniors staying strong.

Even with the novel coronavirus, we’re seeing survivors in their 80s, 90s, and even in their 100s.

Married couple Guadalupe and José who live in Madrid, Spain, had just celebrated their 65th wedding anniversary a few weeks earlier when they both became ill with the virus. Although they were both 88 years old—and José had had a stroke in 2012—they both survived the infection in the hospital and now are home together again.

In April, the same Red Cross Hospital in Spain discharged six more patients who had recovered from the virus whose ages were between 78-90.

Another notable recent recovery from COVID-19 was Carrie Pollock, age 99. She was admitted to Queen Alexandra Hospital in Portsmouth, UK after experiencing fever and suspected pneumonia. She is now recovered and back at home, sharing glowing reports about the hospital staff. They were inspired by her, as well.

“These are worrying times for many and to see her leaving hospital after recovering from COVID-19 gave the staff a real boost,” said Karen Clark, senior sister at Queen Alexandra Hospital.

POPULAR: After WWII Vet Makes History By Raising $33 Million for NHS, People Are Calling for Him to Be Knighted

Rita Reynolds, a grandmother from Liverpool, has also survived at 99, scoring a tie with Carrie Pollock for the oldest British survivor of the virus so far, reports The Mirror.

104-year-old Ada Zanusso of Biella, Italy is also the picture of recovery. Ada had developed a fever and shortness of breath, and later was diagnosed positive with the virus. The centenarian has recovered well, with no loss of her lucidity and intelligence, according to her doctor.

But the clear winner in any contest to become the oldest survivor of this virus is Cornelia Ras. The Dutch woman who lives in a residential care facility in Sommelsdijk, celebrated her 107th birthday on March 17th with a few visitors and staff members (and greetings from the mayor). The following day, she was not feeling well and had a slight fever, but didn’t think she had the virus until her positive diagnosis was discovered. Despite being disappointed that she can’t have visitors, Cornelia has bounced right back and is “perfectly healthy.”

WATCH: 15-yo Expert Teaches Karate Moves to Seniors – and the Results Are Pure Gold

When asked what advice she had for modern-day people stuck in self-isolation, Mrs. Ellson, who had to cancel her wedding that fateful year, told the Washington Post, “To cope with this virus, and all that’s going on, I would tell people to not get stressed about planning far ahead. You can’t do it.”

“A long time ago, I started making a list every morning of what I had to do that day. It was the only thing I could control, and I stuck to it.”

(With contributions from Jennifer Zolper)

SHARE the Inspiring News From Seniors With Friends on Social Media…