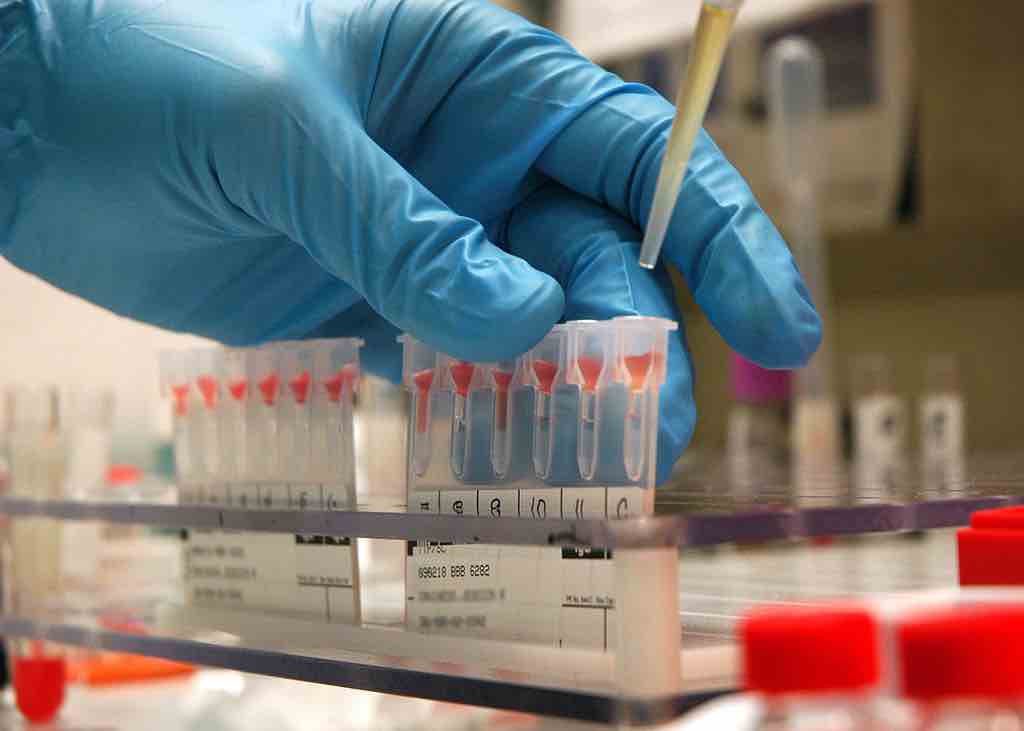 Researchers have developed the first blood test that can accurately detect more than 50 types of cancer and identify in which tissue the cancer originated, often before there are any clinical signs or symptoms of the disease.

In a paper published today on March 31st in the leading cancer journal Annals of Oncology, the researchers show that the test—which could eventually be used in national cancer screening programs—has a 0.7% false positive rate for cancer detection, meaning that less than 1% of people would be wrongly identified as having cancer.

As a comparison, about 10% of women are wrongly identified as having cancer in national breast cancer screening programs, although this rate can be higher or lower depending on the number and frequency of screenings and the type of mammogram performed.

The test was able to predict the tissue in which the cancer originated in 96% of samples, and it was accurate in 93%.

Tumors shed DNA into the blood, and this contributes to what is known as cell-free DNA (cfDNA). However, as the cfDNA can come from other types of cells as well, it can be difficult to pinpoint cfDNA that comes from tumors. The blood test reported in this study analyses chemical changes to the DNA called “methylation” that usually control gene expression. Abnormal methylation patterns and the resulting changes in gene expression can contribute to tumor growth, so these signals in cfDNA have the potential to detect and localize cancer.

The blood test targets approximately one million of the 30 million methylation sites in the human genome. A machine learning classifier (an algorithm) was used to predict the presence of cancer and the type of cancer based on the patterns of methylation in the cfDNA shed by tumors. The classifier was trained using a methylation database of cancer and non-cancer signals in cfDNA. The database is believed to be the largest in the world and is owned by the California-based company involved in this research, GRAIL, Inc..

Senior author of the paper and President of US Oncology Dr. Michael Seiden said: “Our earlier research showed that the methylation approach outperformed both whole genome and targeted sequencing in the detection of multiple deadly cancer types across all clinical stages, and in identifying the tissue of origin. It also allowed us to identify the most informative regions of the genome, which are now targeted by the refined methylation test that is reported in this paper.”

In the part of the Circulating Cell-free Genome Atlas (CCGA) study reported today, blood samples from 6,689 participants with previously untreated cancer (2,482 patients) and without cancer (4,207 patients) from North America were divided into a training set and a validation set. Of these, results from 4,316 participants were available for analysis: 3,052 in the training set (1,531 with cancer, 1,521 without cancer) and 1,264 in the validation set (654 with cancer and 610 without cancer). Over 50 types of cancer were included.

The machine learning classifier analyzed blood samples from the participants to identify methylation changes and to classify the samples as cancer or non-cancer, and to identify the tissue of origin.

The researchers found that the classifier’s performance was consistent in both the training and validation sets, with a false positive rate of 0.7% in the validation set.

CHECK OUT: FDA Approves Pancreatic Cancer Drug Treatment After It Was Shown to Double Patient Lifespans

These 12 cancers account for about 63% of cancer deaths each year in the USA and, at present, there is no way of screening for the majority of them before symptoms show. The true positive rate was 43.9% for all cancer types in the study across the three clinical stages.

The test was also consistent between the training and validation sets in its ability to identify the tissue where cancer had originated, with an accuracy of 93% in the validation set.

Dr. Seiden said: “These data support the ability of this targeted methylation test to meet what we believe are the fundamental requirements for a multi-cancer early detection blood test that could be used for population-level screening: the ability to detect multiple deadly cancer types with a single test that has a very low false positive rate, and the ability to identify where in the body the cancer is located with high accuracy to help healthcare providers to direct next steps for diagnosis and care.

“Considering the burden of cancer in our society, it is important that we continue to explore the possibility that this test might intercept cancers at an earlier stage and, by extension, potentially reduce deaths from cancers for which screening is either not available or has poor adherence. To our knowledge, this is the largest clinical genomics study, in participants with and without cancer, to develop and validate a blood test for early detection of multiple cancers.”

The study is funded by GRAIL, the maker of the blood test. Researchers are continuing to validate the test in large, prospective studies in the USA (STRIVE and PATHFINDER studies) and the UK (SUMMIT study), and to examine its feasibility for screening populations.

A strength of the CCGA study is that it includes more than 15,000 participants from 142 clinics in North America, ensuring results are generalizable to a diverse population. The ongoing studies are assessing the test’s performance in even broader populations. Limitations include: all the participants with cancer had already been diagnosed with cancer (e.g. via screening or patients presenting with symptoms); the study was not designed to establish the test’s impact on death from cancer or other causes; at the time of this analysis, not all patients had been followed for a year, which is needed to ensure their non-cancer status was accurate; and some inaccuracy occurred in the detection of the tissue of origin for cancers that are driven by the human papilloma virus (HPV), such as cancers of the cervix, anus, and head and neck—this information is being used to improve the test’s performance.

Editor-in-chief of Annals of Oncology, Professor Fabrice André, said: “This is a landmark study and a first step toward the development of easy-to-perform screening tools. Earlier detection of more than 50% of cancers could save millions of lives every year worldwide and could dramatically reduce morbidity induced by aggressive treatments.

“While numbers are still small, the performance of this new technology is particularly intriguing in pancreatic cancer, for which mortality rates are very high because it is usually diagnosed when it’s at an advanced stage.”