Happy 80th Birthday to actor Al Pacino, whose grandparents came from a town in Sicily named Corleone. Growing up, he was a smoking, drinking teen nicknamed Sonny, but he never skipped an English class. After dropping out of high school, he aimed for a career in stand-up comedy or the theater while working odd jobs and sometimes being homeless. His role as a heroin addict in the 1971 film The Panic in Needle Park caught the eye of director Francis Ford Coppola, who, the following year, cast him as ‘Michael Corleone’ in the blockbuster film, The Godfather.

Other hits included Serpico, Scarface, Dog Day Afternoon, Donnie Brasco, Heat, and Scent of a Woman for which he won an Oscar. Last year he won his ninth Oscar nomination portraying the corrupt union boss Jimmy Hoffa in Martin Scorsese’s The Irishman. 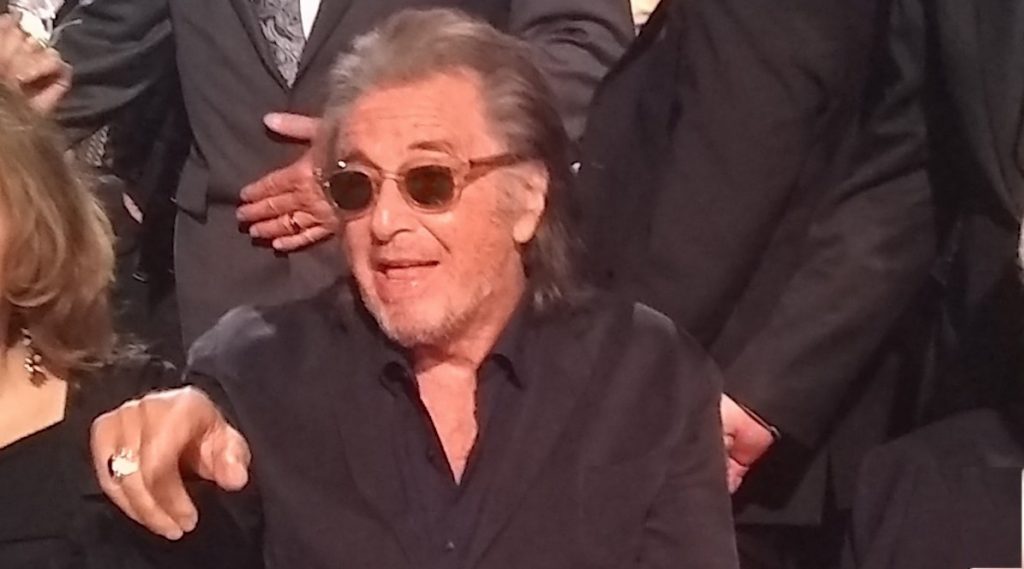 More recently, he made a rare foray into TV with the Netflix hit Hunters, in which he leads a group of super-heroes who uncover a Nazi plot to overthrow the US Government. WATCH an 80-year retrospective… (1940)

Pacino has faced bouts of depression throughout his life, but he always found passion in his work, even after eight decades: “I guess I’m looking forward to a porch and a rocking chair, but so far, things keep pulling me back in.”

And on this day in 1933, Jerry Leiber, a songwriter and producer for Elvis Presley, Buddy Holly, and The Monkees, was born. Along with his partner Michael Stoller—as part of the famous duo Leiber and Stoller—their hit songs included Hound Dog, Jailhouse Rock, Kansas City, On Broadway, There Goes My Baby, Love Potion #9, and Yakety Yak. (Check out an interview from WGBH-TV with the man who died in 2011) 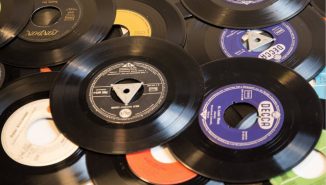 Also on this day in 1719, Robinson Crusoe by Daniel Defoe was first published. Most people consider it the first novel in the English language, it is a fictional autobiography of a castaway who spent 28 years on a remote tropical island, encountering cannibals before ultimately being rescued. Often credited as the beginning of the realistic fiction genre, it became so popular that the book is second only to the bible in its number of translations. Robinson Crusoe was likely based on the life of Alexander Selkirk, a Scottish castaway who lived for years on a Pacific island near Chile, which in 1966 was renamed Robinson Crusoe Island. But, Daniel Defoe was more than a storyteller. 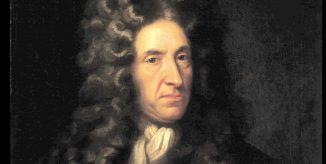 Defoe defiantly wrote many political tracts touting ideas that often got him into trouble with authorities—and landed him once in prison. One legend told of his serving a sentence in the public square locked in a pillory (the restraining stocks used for humiliation of prisoners). The public so loved him, especially for his satire, they threw flowers instead of rotten food, or worse. Defoe was a prolific and versatile writer, producing more than 300 works on diverse topics, including crime, religion, marriage, psychology, and the supernatural—he even pioneered business and economic journalism. He was also the author of Moll Flanders. 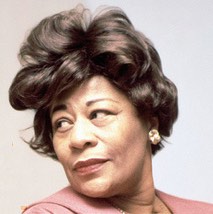 Also, on this day in 1917, the American jazz singer Ella Fitzgerald was born. After tumultuous teenage years in Yonkers, NYC, Fitzgerald found stability in music, both in her gospel church and listening to jazz classics like Louis Armstrong. Known as “The First Lady of Song,” she is beloved for her purity of tone, impeccable diction, three-octave range, and trombone-like improvisational skill, particularly while scat singing. Her rendition of the nursery rhyme “A-Tisket, A-Tasket” helped boost her to national fame, and later collaborations with Armstrong (Dream a Little Dream of Me), The Ink Spots (Into Each Life Some Rain Must Fall), and Duke Ellington (It Don’t Mean a Thing If It Ain’t Got That Swing), were some of her most notable performances. Fitzgerald’s influence lives on through her albums, which won her thirteen Grammy Awards.

Fitzgerald was a quiet but ardent supporter of many charities and non-profits, and in 1993 established the Ella Fitzgerald Charitable Foundation to use the fruits of her success to help people of all races to find rewarding lives through the love of reading and music. She died in her Beverly Hills home in 1996 at the age of 79… Watch a live performance from 1974… (CC Image by Comunicom)