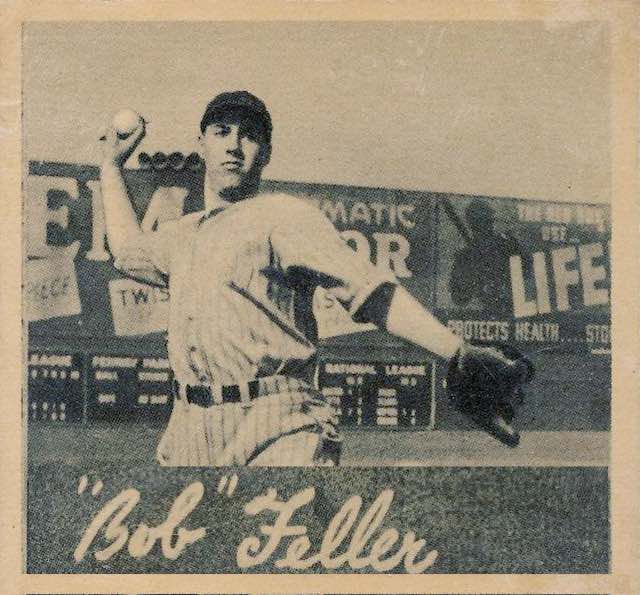 And, Bob Feller’s world record is safe for another year… In the last 80 years of Major League Baseball, no one has broken this pitcher’s record of throwing the only opening day no-hitter in the history of the game.

After that day in 1940, he went on to accomplish a pitching triple crown for the Cleveland Indians that year, leading the American League in ERA (2.61), wins (27) and strikeouts (261) – the latter two led the entire majors. During his career, he threw two more no-hitters and tallied 12 one-hitters.

Feller was ranked 36th on the Sporting News list of the 100 Greatest Baseball Players of all time. Of his death in 2010 at the age of 92, Mike Hegan, Indians broadcaster and son of former Feller teammate Jim Hegan, stated, “The Indians of the 40s and 50s were the face of the city of Cleveland, and Bob Feller was the face of the Indians.”

Interrupted only by four years of military service in World War II, Feller played for the team for 18 years and remained loyal to the city for seven decades.

On this day in 1919, Mahatma Gandhi organized a day of prayer and fasting in response to the massacre of hundreds of defenseless Indian protesters by the British in the Jallianwalla Bagh public garden. The tragedy caused many moderate Indians to abandon their loyalty to the British and become nationalists. It fueled the Non-cooperation Movement of 1920–22, directed by Gandhi, involving hundreds of thousands of Indians in non-violent protest and support of local goods and services.