On this day 50 years ago, Elton John released his self-titled second studio album which included the breakthrough single Your Song. Grammy nominated for Album of the Year and certified 2x Platinum, it was Elton’s debut LP in the U.S. and established the singer–songwriter’s career.

The song—with lyrics by longtime collaborator Bernie Taupin—reached the Top 10 single charts throughout the world. WATCH the original music video with a young Elton John… (1970)

And, on this day in 1866, the American Society for Prevention of Cruelty to Animals was formed. Henry Bergh from New York had seen horses and other livestock whipped and abused, and it finally broke him down in tears–until he decided to devote his life to stopping it. 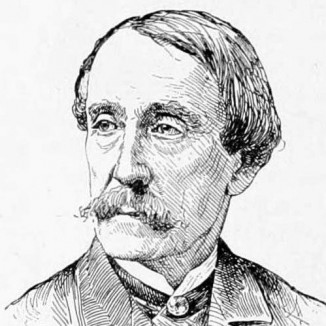 His non-profit organization, the ASPCA, pioneered the establishment of legislation on behalf of animals–including the use of animal hospitals, anesthesia, a 24-hour animal poison control line, promotion of spay-and-neuter programs, grief counseling, rescue plans for animals during emergencies, ending unnecessary euthanasia, and pet health insurance. The 50-year-old son of a wealthy New York shipbuilder, was also instrumental in the founding of the Society for the Prevention of Cruelty to Children. READ the book, Mercy: The Incredible Story of Henry Bergh, Founder of the ASPCA and Friend to Animals, and other books about Mr. Bergh at Amazon.

The Northern Ireland peace talks, which had dragged on for two years, culminated in the historic Good Friday Agreement, which ended 30 years of bloody conflict and bombings. With the United States overseeing as a mediator, weary, but determined, delegates from 2 countries and 8 separate political factions signed off on the accord that established self-rule for Northern Ireland, which had been under direct British control for 26 years. (1998)

On this day in 1944, Rudolf Vrba, a Jewish teenager, and Alfred Wetzler, 26, escaped from the Auschwitz (Birkenau) Nazi death camp, bringing the first credible news to the Allies about the extermination of Jews. Their detailed report effectively saved up to 200,000 lives, by halting the mass deportation of Hungary’s Jews to Auschwitz for what officials claimed would be “resettlement.” After the war Vrba worked as a biochemist, Wetzler as an editor.