160 years ago today, Édouard-Léon Scott de Martinville made a 10-second recording on his phonautograph machine of Au Clair de la Lune (“By the Light of the Moon”), a simple French folk song of the 18th century. It became the oldest known recording of an audible human voice. (1860)

And, on this day in 1939, Marian Anderson sang for 75,000 people–and millions of radio listeners–from the steps of the Lincoln Memorial in one of the most important musical and cultural events of the 20th century. Tickets to see this contralto singer were so in demand that a large venue was needed to showcase her immense talent. When Constitution Hall in Washington, DC, which was owned by the Daughters of the American Revolution, refused to let her perform because she was black, America’s First Lady Eleanor Roosevelt resigned from the group and organized a public concert, instead. 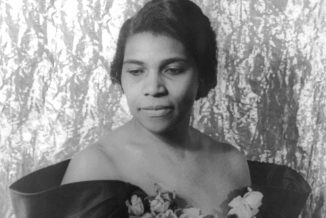 It was Easter Sunday when Secretary of the Interior Harold Ickes introduced Anderson to the vast crowd standing shoulder to shoulder on the National Mall, saying, “In this great auditorium under the sky, all of us are free. Genius, like justice, is blind. Genius draws no color lines.” After the opening performance of My Country ‘Tis of Thee (below), she sang an aria from La favorite by Gaetano Donizetti, then Franz Schubert’s Ave Maria. She ended the concert with three spirituals, Gospel Train, Trampin’, and My Soul is Anchored in the Lord.

Eventually Anderson did sing at Constitution Hall, after the DAR apologized and changed its rules…

And, on this day in 1963, Sir Winston Churchill, the English Prime Minister who led Allied forces to defeat the Nazis in World War II, became the first of only eight people ever to be proclaimed an Honorary citizen of the United States. Too ill to travel, he watched on television as President John F. Kennedy bestowed the honor in a ceremony attended by Churchill’s son and grandson. 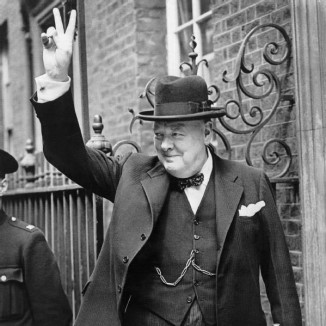 The other seven non-US citizens to have received the honor, all posthumously except for one, in order of the proclamation date, are as follows:

Raoul Wallenberg – The Swedish architect, businessman, and diplomat is widely celebrated for saving tens of thousands of Jews in Nazi-occupied Hungary during the Holocaust in the later stages of World War II. While serving as Sweden’s special envoy in Budapest between July and December 1944, Wallenberg issued protective passports and sheltered Jews in buildings designated as Swedish territory.

William Penn – The English real estate entrepreneur, philosopher, and early Quaker was the founder of Pennsylvania who was an early advocate of democracy and religious freedom, and notable for his good relations and successful treaties with the Lenape Indians. Under his direction, the city of Philadelphia was planned and developed.

Mother Teresa – The beatified Catholic nun and Nobel Peace Prize winner of Albanian ethnicity and Indian citizenship founded the now global Missionaries of Charity in Calcutta, where she served the poor and sick.

Gilbert du Motier, Marquis de Lafayette – Known simply as Lafayette to Americans, the French aristocrat and military officer ensured victory for the United States in the Revolutionary War and was a hero later in the French Revolution of 1789. A close friend of George Washington, Alexander Hamilton, and Thomas Jefferson, his military prowess in the battle of Yorktown (and in many other battles) and leadership in securing French Naval forces were crucial to the American outcome.

Casimir Pulaski – The Polish military officer and nobleman fought alongside the American colonists in the American Revolutionary War and has been called “The Father of the American Cavalry.”

Bernardo de Gálvez y Madrid, Viscount of Galveston and Count of Gálvez – The Spaniard was an American Revolutionary War hero wounded during the Siege of Pensacola who provided supplies, intelligence, and military support, and demonstrated bravery that forever endeared him to US soldiers.