55 years ago today, NASA astronaut Ed White became the first American to walk in space. During the Gemini 4 mission he opened the hatch and used a hand-held oxygen-jet gun to push himself out of the capsule and propel himself to the end of the 8-meter tether.

In this photo by Commander James McDivitt over a cloud-covered Pacific Ocean, the maneuvering gun is visible in White’s right hand. The visor of his helmet is gold-plated to protect him from the unfiltered rays of the sun.

WATCH the astronauts describe the experience in the NASA 50th Anniversary video. (1965)

MORE Good News from this day in History:

And, on this day in 1781, Jack Jouett began his successful midnight ride to warn Thomas Jefferson, then the Governor of Virginia, and the state legislature of an impending British cavalry raid intending to capture them. 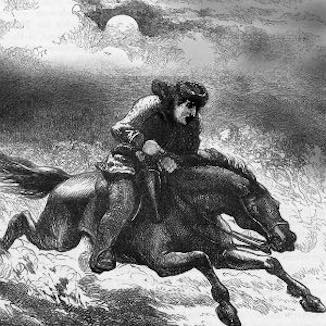 The Virginia patriot rode 40 miles to Charlottesville to warn them, giving Jefferson time to head south with lawmakers who set up the temporary capital of the state in Staunton where they continued the business of the state. Just a few months later the British surrendered to George Washington at Yorktown.

Starting on this day in 1964, Jimmy Nicol got to be a Beatle for 13 days during the height of Beatlemania. When Ringo Starr collapsed with tonsillitis and was hospitalized on the eve of a world tour, The Beatles producer George Martin telephoned the British session drummer inviting him to sit in as the fourth mop top. Nicol appeared at press conferences and performed with the band in a total of eight concerts, which elevated him “from relative obscurity to worldwide fame, and then back again in the space of a fortnight.”

Also Happy 81st Birthday to English musician Ian Hunter, vocalist and guitarist with Mott The Hoople, a British band that climbed the charts with the single ‘All The Young Dudes’, which was written for them by David Bowie. Other hits include, All the Way from Memphis, Roll Away the Stone, and Once Bitten twice Shy. (1939) 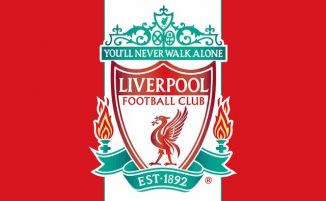 And, on this day in 1892, the Liverpool Football Club was founded in Merseyside, England. Competing in the Premier League, the top tier of English football, The Reds are one of the best supported clubs in Europe have accumulated more top-flight wins and points than any other English team.

Liverpool’s most successful decade was the 1980s, when the club, managed by Bob Paisley, and former player Kenny Dalglish, won 6 League titles, 2 FA Cups, four League Cups, 5 Charity Shields, and 2 European Cups. Captained by Steven Gerrard in 2005, Liverpool became European champion for the fifth time, winning the UEFA Champions League Final against Milan, in spite of being 3–0 down at half time.

Liverpool FC have not won the top flight title in 26 years, but their German manager Jürgen Klopp has brought hope back to fans with a number of critical signings and beefed up the team’s youth academy and overall revenue.

And, finally, on this day 130 years ago, Casey at the Bat was first published. The famous baseball poem written by humor columnist Ernest Lawrence Thayer, were the final verses— the last words—he penned for the San Francisco Examiner. “Casey” turned him into the ideal specimen of the one-poem poet. WATCH a reading of the classic from the Baseball Hall of Fame… (1888)