Happy 85th Birthday to Herb Alpert, the musician and modern artist who is best know for the music of his Tijuana Brass band. He had five No.1 albums, sold 72 million records worldwide, and won nine Grammy Awards—including one for a recent album in 2013.

He is the “A” in A&M Records, which he co-founded, and he has given away more than $54 million to arts programs and environmental campaigns. (1935)

And, on this day in 1927, César Chávez, the civil rights hero and labor leader of one of the most abused and exploited groups in America, was born. 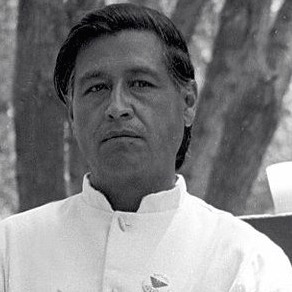 He co-founded the National Farm Workers Association in 1962 to help migrant workers—and like Gandhi and Martin Luther King Jr., was a spiritual figure and crusader for nonviolent social change, using peaceful tactics such as fasts, boycotts, strikes and pilgrimages. When he died in 1993, at age 66, more than 50,000 marched in his funeral under a hot California sun. A migrant worker himself, education was always a priority for Chávez because, after eighth grade, he had to leave school to work in the fields to support his family. Chávez had great intellectual curiosity, was self-taught, and read widely throughout his life on many topics. His birthday today is a holiday in eight states. 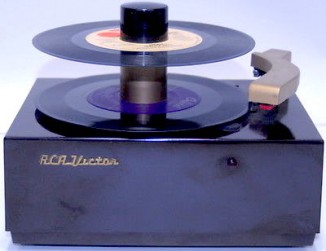 And, on this day in 1949, the RCA Victor company introduced the 45-rpm record, an advancement that had taken almost a decade to develop. The 7-inch single was designed to offered better fidelity and longer playing time than the 78-rpm record currently in use. Most importantly, using the new record players, listeners could stack the disks, and hear up to ten records in a row with “speedy, silent, hardly noticeable changes,” as the advertisements boasted. The music system was designed to compete with the Long Playing records (LPs) introduced by Columbia a year earlier. The ‘45s’ became a staple in jukeboxes and homes for decades to come. 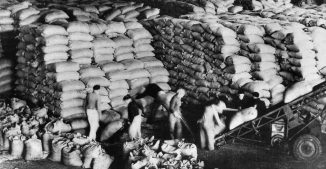 And on this day in 1948, the US Congress passed the Marshall Plan to rebuild war-torn Europe after World War II. Recognizing the need for economic stability on the continent, former Army Chief of Staff George Marshall responded to the high unemployment and food shortages with an initiative that provided $13 billion in aid to 18 European countries, and gave each country a role in creating its own plans for recovery. When the funding ended four years later, the economy of every participant state had surpassed pre-war levels by 25-35% percent. Five years after its launch, Marshall received a Nobel Peace Prize for his good-deed foreign policy. WATCH a video…